INDIA: ‘The hijab ban is just another tool used by right-wing politicians to remain in power’

CIVICUS speaks about the recent ban on the hijab, a headscarf worn by Muslim women, in educational institutions in the Indian state of Karnataka with Syeda Hameed, co-founder and board member of the Muslim Women’s Forum (MWF).

Founded in 2000, MWF is a civil society organisation (CSO) working for the empowerment, inclusion and education of Muslim women in India. Its primary goal is to provide Muslim women with a platform for expressing their aspirations and opinions on matters directly affecting their lives. 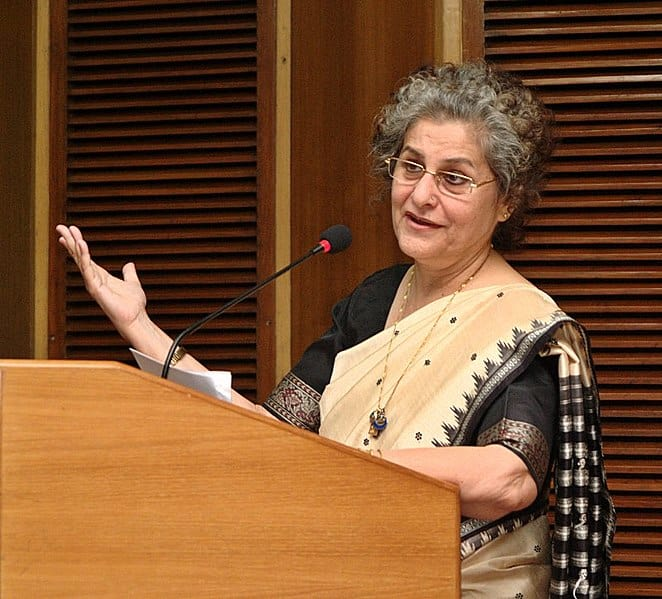 How did the hijab row start?

The controversy started in the town of Udupi, a small secular district of Karnataka state in southwest India, where girls wearing the hijab were not allowed to enter a college campus because the administration deemed it a violation of uniform rules. Some students protested against the ban, and protests escalated into violence.

From this tiny part of Karnataka, the hijab row spread to other parts of the country. In response to Muslim women wearing the hijab on campuses, many Hindu students took to wearing saffron shawls, a colour seen as a Hindu symbol.

The matter reached a Karnataka high court as some Muslim students filed petitions claiming that they have the right to wear the hijab under the guarantees provided by the Indian Constitution. But the high court’s verdict kept the ban, arguing that the hijab is not an essential part of Islam. Surprisingly, the bench in Karnataka includes one Muslim woman judge.

What triggered the decision by Karnataka’s educational institutions?

The decision to ban Muslim students from wearing the hijab in colleges’ premises came as a surprise. Such a ban is strange to our society. Unlike in France, where it has long been under the spotlight, the hijab had until very recently never been prohibited in India.

Karnataka state is known for its diverse society and pluralistic culture, with the two major religious groups, Hindus and Muslims, historically coexisting, along with a wide spectrum of other religious groups.

However, the roots of the Karnataka hijab controversy are quite deep, and are linked to growing Islamophobia. Those in power have ignited a sectarian fuse all over India in every possible way. Right now, Karnataka state also has a right-wing government, which has created fertile ground for strain in Hindu-Muslim relationships.

To them, the hijab ban is just another tool to remain in power. It is tied to current political events, notably the upcoming December election. Right-wing politicians fabricate issues that target Muslims, who are depicted as the ‘disruptive other’, to divert people’s attention from dire economic conditions. The hijab ban did the job well, as it captured media attention. Sensational media coverage only added fuel to the fire.

How do you view the hijab ban from a gendered perspective?

The hijab ban is a complete violation of women’s rights to express their own identities. It should be my choice alone whether to wear the hijab or not. I am a believing and practising Muslim and I don’t wear the hijab. Muslim women of my generation usually did not wear the hijab, but younger generations of Muslim women across the globe do. I see it as a search for an identity in the face of the charged atmosphere created by Islamophobia. Indian Muslim women have worn the hijab for about a quarter of a century.

We don’t oppose school uniforms because there is good reason for them, especially in a country such as India and all other South Asian countries, where both religious diversity and social inequality lead to differences in dress. But the use of the hijab in educational institutions had never been put to debate before the current Karnataka right-wing government suddenly considered it a violation of the school uniform rules.

As I said, in my generation very few girls wore the hijab, and therefore my uniform was skirt and blouse, which was acceptable at the time. Later, when girls started wearing the hijab, the situation escalated from establishing that their hijab should match the school uniform colours to starting to throw them out of schools.

What is the overall status of Indian Muslims as a minority?

As a former member of government, I observed the status of minorities change over time. From 2004 to 2014 I was a member of a now-extinct Planning Commission that was entrusted, among other responsibilities, with bringing minorities up to mark with society in every way possible. For ten years, we devised all kinds of schemes in the areas of education, employment and health, and tried to ensure minorities made the most of them. Our main tasks were to make these plans and ensure their implementation across the country by persuading the governments of India’s states to embrace them.

Change was slow because we did not have the power to force implementation. A key moment was when the government commissioned a report on the status of Muslims that provided a very candid conclusion by a retired Supreme Court judge. It stated that India’s 200 million Muslims, the second largest Muslim population in the world, had the lowest status on all social and economic parameters when compared to other religious groups. It should have been a wake-up call for the Indian government.

But since then, it has only got worse. Recent so-called ‘Hindu religious gatherings’ include a call for the genocide of Muslims. Some have suggested that the saffron flag should replace India’s national flag. Many decisions have been made in violation of the constitution. This is an extremely difficult moment for Muslims in India.

And the hijab ban is very much part of Muslim marginalisation. Muslims are being driven to a corner and targeted by a right-wing government that demonises them to boost their support and remain in power.

How has civil society responded to the ban controversy?

Many CSOs have raised the issue and protested against the ban. Voices have also raised internationally, both from civil society and from influential individuals, as was the case of US congressional representative Ilhan Omar. Maybe if they became louder, these voices could drive positive change in the lives of India’s Muslims, which are becoming exceedingly difficult.

Frankly, at times I feel it is a losing game.

All international attention that was paid to the ban has damaged the image of India without really making a dent on those in power, who only care about the upcoming general elections.

Civic space in India is rated ‘repressed’ by the CIVICUS Monitor.
Get in touch with the Muslim Women’s Forum through its website and follow @syedaIndia on Twitter.