TURKMENISTAN: ‘There is nothing resembling real civil society – and no conditions for it to emerge’ 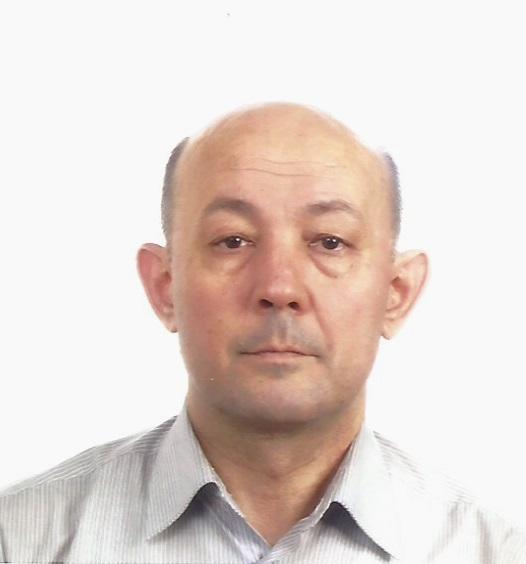 CIVICUS speaks with Farid Tukhbatullin, founder and director of the Turkmen Initiative for Human Rights (TIHR), about the upcoming election and the environment for civil society in Turkmenistan.

TIHR is a civil society organisation (CSO) based in Austria, where Farid lives in exile, that collects information from sources inside Turkmenistan to report internationally on human rights and civic space violations and advocate for democratic change.

What is the state of the space for civil society in Turkmenistan?

In the early 1990s, several independent CSOs appeared in Turkmenistan. The fingers of one hand were enough to count them. These included our organisation, Dashoguz Ecological Club.

But by the late 1990s, the first president of the country, Turkmenbashi, viewed them as a danger to the system he was building. Independent CSOs were liquidated and only a few quasi-CSOs remained - the Union of Women, the Union of Veterans and the Union of Youth, all of which were remnants of the Soviet era.

Turkmenistan not only lacks anything resembling real civil society – it also does not meet the minimal preconditions for its emergence.

There are no independent media outlets in Turkmenistan. Not surprising, in Reporters Without Borders’ Press Freedom Index, the country constantly ranks second-to-last or last, next to North Korea.

People who dare express opinions critical of the government publicly, through YouTube or on social media, end up in prison. Recent examples include Murat Dushemov and Nurgeldy Khalykov, both sentenced to four years in prison, and Pygamberdy Allaberdiyev, who received a six-year sentence.

Special services also harass relatives of activists who are working or studying abroad and run opposition blogs from outside the country. They try to silence them by threatening their families back home.

What have been the implications of Turkmenistan’s policy of insisting it has no COVID-19 cases?

Unfortunately, there is no reliable information regarding the real impact of the pandemic in Turkmenistan, and of course no assistance for those who have been badly hit. According to our sources, the number of people hospitalised is now decreasing. But before this there was a large number of deaths. Small towns were holding several funerals a day. According to local traditions, a large part of the local population takes part in funeral rites, so the whole town knows who died and when.

Why has President Gurbanguly Berdimuhamedov called an early election, and what is its likely outcome?

President Berdimuhamedov started promoting his son Serdar as his heir quite a long time ago. We became aware of the planning of an extraordinary meeting of the People’s Council, the upper house of parliament, in November 2021. The idea of holding early presidential elections was voiced at this meeting; that’s when preparations for the next step for a formal change of power began.

But there is no reason to believe this process will trigger real political change in Turkmenistan. No one doubts that on 12 March the younger Berdimuhamedov will become the country’s next president. But his father is not going to give up the reins. In violation of the constitution, he is now both president and leader of the People’s Council. After the election, he will retain his second position.

Moreover, it has already been announced that changes will be made to the constitution. We have no details yet, but changes will surely create further opportunities for father and son to lead the country in tandem.

Even leaving the presidency to his son frightens President Berdimuhamedov. The younger Berdimuhamedov will certainly want to make changes in the cabinet of ministers, replacing some with proxies of a younger age, and this may create some turbulence in the highest spheres of power. So Gurbanguly will most likely remain the real ruler at the beginning, with Serdar’s leadership a formality.

How is civil society, and TIHR specifically, working to defend human rights and monitor violations in Turkmenistan?

A CSO, the Helsinki Group of Turkmenistan (HGT), was founded in Ashgabat, Turkmenistan, in July 2002 to monitor the human rights situation on the ground. HGT was the predecessor organisation to TIHR. It operated underground and its members were systematically persecuted and repressed. I was detained on 23 December 2002 and sentenced to three years in prison for my peaceful activism. Fortunately, the campaign ran by international CSOs and pressure from the Organization for Security and Co-operation in Europe (OSCE) paid off and I was pardoned and released on 2 April 2003. I left the country in June and received refugee status in Austria in November 2003. I led the establishment and registration of TIRH in Austria in November 2004.

TIHR has the vision of a democratic Turkmenistan based on the rule of law, respect for human rights and cooperation with civil society. We work to create the conditions that would allow for the emergence and evolution of a so far non-existent civil society and to raise citizens’ legal awareness, particularly regarding human rights.

We collect, analyse and publish information on various human rights issues, including prison conditions, the treatment of ethnic minorities, child labour, the education system and restrictions on the freedom of association. Our reporting is based on information from sources inside Turkmenistan whose identities we must keep confidential to protect them and their families.

In 2006 we established a website, Chronicle of Turkmenistan, which provides first-hand information in English, Russian and Turkmen and has become one of the most widely cited sources on Turkmenistan. And in 2007 we started making YouTube videos. We have so far published 244, which have overall reached almost 50 million views.

This format has allowed us to use humour effectively as a political tool. For instance, in August 2017 we published one of our many satirical videos about President Berdimuhamedov, based on official state TV footage of his meetings with military personnel Rambo-style. The video instantly became a meme on social media and was republished by leading global media outlets. The president with the ‘hard-to-pronounce last name’ became a YouTube star and we gained millions of viewers.

The popularity snowball effect reached the USA with Trevor Noah’s The Daily Show, which in February 2018 awarded President Berdimuhamedov the prize for ‘best performance by a dictator in a propaganda video’. And in August 2019, it further snowballed when John Oliver reused our content in a Last Week Tonight episode about the Turkmen president, amassing 10 million clicks. Finally, in December 2019 Netflix released the action movie ‘6 Underground’, about the overthrow of the dictator of the fictional state of Turgistan, which very much resembled Turkmenistan.

We do all this to shed light on the human rights violations that continue to happen in this very isolated country. We have submitted several shadow reports – 16 since 2008 – to the United Nations (UN) Human Rights Council and to nearly all UN treaty bodies, often together with other human rights organisations. We have also submitted dozens of analytical reports and briefing papers to intergovernmental organisations, and have published countless statements and open letters, often in cooperation with other CSOs. In 2020 alone, we published 10 analytical reports, four briefing papers, two press statements and six open letters.

Our analytical reports include a series focusing on civic space, which since 2017 we have published quarterly together with CIVICUS and the International Partnership for Human Rights. We cooperate with all major international human rights CSOs, all of which rely – at least partly – on our work when it comes to Turkmenistan.

What helps the most is targeted advocacy at the international level and reporting to inform, shape and guide the policies of outside actors – international institutions such as the European Union, OSCE and UN, but also individual governments and others that have political or economic interests in the country – with respect to human rights issues in Turkmenistan.

Civic space in Turkmenistan is rated ‘closed’ by the CIVICUS Monitor.
Get in touch with TIHR through the Chronicles of Turkmenistan website or Facebook page.