UK: ‘Education can equip the next generation to disrupt the culture of gender-based violence’ 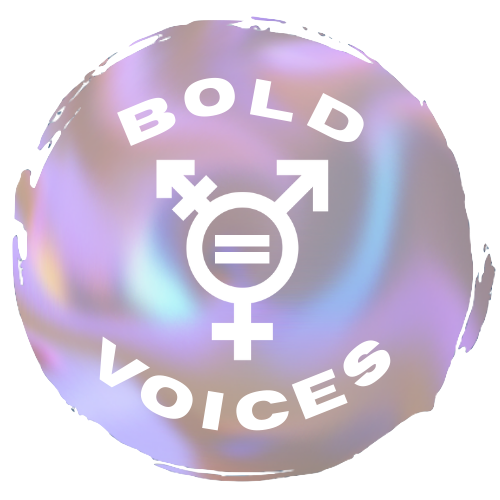 CIVICUS speaks about the upcoming International Women’s Day and UK civil society’s role in eliminating gender inequality with the team of Bold Voices, a social enterprise that seeks to create spaces for young people to discuss and share experiences of gender inequality and gender-based violence.

Bold Voices advocates for young people’s right to receive education without being hindered by gender inequality and gender-based violence and works to equip the next generation with the knowledge and tools that will enable it to recognise inequalities in society and find new ways to tackle them. It does so through workshops, talks, digital sessions and online resources for young people and their teachers and parents.

Do you think COVID-19 has had a disproportionate impact on women and girls in the UK? What has civil society done to support them?

COVID-19 has not only impacted on women and girls worse than the rest of the population: it has also exacerbated pre-existing inequalities. Since the pandemic began in 2020, we have seen an unprecedented increase in violence against women and girls, from public street harassment to domestic violence and femicide, as well as the deepening of other pre-existing issues such as the gender gap in unpaid labour.

As lockdown orders came in, women took up the brunt of childcare, household chores and home-schooling. Civil society expressed concerns that the pandemic might turn back the clock on gender equality. Women of colour were specifically impacted on, as they are overrepresented among ‘essential’ and frontline workers. This meant they were disproportionately exposed to the virus and, due to factors linked to structural racism, at higher risk of serious illness if they contracted it.

Civil society’s response has been to strengthen support services, including financial, mental health and medical support, as well as to turn to the digital sphere to raise awareness of these issues. We have seen online campaigns gain unprecedented traction in the past two years, paving the way for civil society to put more pressure on the government to respond and enact change.

Two noteworthy campaigns were the one sparked by outrage over Sarah Everard’s murder and Everyone’s Invited, which provided a virtual space for survivors of sexual violence to share their stories to help expose and eradicate rape culture with empathy, compassion and understanding. This campaign had viral success at a time when public life was almost exclusively online.

How did you continue doing your work during the pandemic?

When the pandemic began and schools shut down, as in the rest of the world, Bold Voices’ work had to shift online. Our workshops involve highly trained facilitators who lead students in critical discussion about sensitive topics around gender inequality. Unable to ensure a safe online space to facilitate these difficult conversations, we were unfortunately forced to suspend our workshop programme.

Instead, we focused on delivering our talks over Zoom, reaching as many students as we could and adapting our work to make it as engaging and far-reaching as possible. Over the pandemic, we have hosted online talks, published blog posts and reached out to our community via social media to stay connected and to continue facilitating conversations around gender-based violence and inequality.

What are the main women’s rights issues in the UK?

At Bold Voices we view all women’s rights issues as interconnected. To illustrate this, we refer to Liz Kelly’s idea of a ‘continuum’ of gender-based violence. At the bedrock of gender inequality are the stereotypes that are still widely held in the UK: ideas about masculinity and femininity based on the gender binary that feed into our expectations of how women and men ‘should’ behave. Besides erasing the existence of people who don’t fit into that binary, these stereotypes set up cultural expectations that create a culture of gender-based violence rife with victim-blaming, silencing, objectification of women and slut-shaming.

These attitudes then feed and shape the structures and institutions that perpetuate these ideas. As a result, our legal system continues to fail survivors of sexual violence, the gender pay gap persists, women continue to be underrepresented in sectors such as business, politics and STEM (science, technology, engineering and mathematics) disciplines and the media we consume continue to fuel misogyny and glorify violence against women and girls.

These layers of stereotypes, attitudes and structural inequalities all create a culture in which sexual violence not only exists but thrives and goes unpunished. Looking at this continuum of violence through an intersectional lens, we see that women of colour and minorities are more vulnerable to these experiences because of the way gender inequality overlaps with other forms of oppression.

How is civil society advocating for change?

Civil society in the UK is campaigning for legal reform, to shift cultural attitudes and work on change through education. At Bold Voices we believe education is key to dismantling the culture that enables not only violence against women but all forms of inequality that affect women and those who don’t fit into the gender binary.

In the past few years, we have seen inspiring grassroots campaigns successfully criminalise some acts of sexual violence. Other areas of legal reform such as the Domestic Abuse Act 2021 show progress being made in terms of legal protections for women.

Public campaigns such as the recent Transport for London campaign to raise awareness of sexual harassment are trying to shift public attitudes. Grassroots social media campaigns exposing the problem of sexual violence in education, such as Everyone’s Invited, have come at the same time as the introduction of new relationships and sex education curriculum in UK schools, meaning all students must learn about consent, among other issues.

We know this is not enough. None of these actions will close the gender gap, but we believe education can spark the change we need, and the more we facilitate these conversations between young people, the better equipped the next generation will be to disrupt and reshape the culture of gender-based violence that exists all around us.

The International Women’s Day (IWD) theme for 2022 is #BreakTheBias. How are you organising around it in the communities you work with?

At Bold Voices we bring the message of IWD to our conversations with young people every day. Disrupting bias, stereotypes and discrimination against women, trans and non-binary people is at the heart of our work, and is the key to challenging gender-based violence. For IWD 2022 we are focusing on reaching out to the Bold Voices community to celebrate and thank our partners for working with us and for being part of the change.

CIVICUS speaks about the situation of LGBTQI+ rights in Uganda and the ongoing impacts of the...

1117 Civil Society Organisations(CSOs) urge the Human Rights Council to renew the mandate of the...