ZIMBABWE: ‘Young women should be at the centre of discussion of the issues affecting them’ 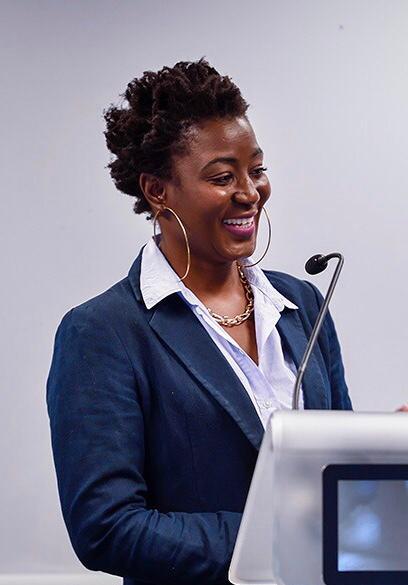 Established in 2017 with the purpose of helping narrow the gender inequality gap, EJWP is a civil society organisation (CSO) that works with young women to realise their right to sustainable economic independence. It promotes women’s socio-economic independence and full participation in economic governance and public resource management. It provides knowledge, skills and support to young women in local communities so they can self-organise and advocate for their socio-economic rights at all levels.

Has the COVID-19 pandemic impacted disproportionately on women and girls in Zimbabwe?

The pandemic definitely had a disproportionate impact on women and girls, first of all, because of Zimbabwe’s capitalist-centred response to containing the virus. Lockdown regulations entirely shut down the informal sector, in which 65 per cent of the Zimbabwean population is employed, restricting all movement except for formally registered employees who could present letters on their company letterheads, and of course frontline workers.

It should be noted that more than 67 per cent of the people working in the informal sector are women, so shutting down their income source pushed most of them into abject poverty, with no alternative livelihoods provided for.

Second, the prolonged lockdowns that followed found most survivors of gender-based violence (GBV) and those at risk of it locked up with the perpetrators of violence. As a result, GBV levels rose to a record-breaking 2,000 cases in the first month of the first lockdown, as reported by Msasa Project. Rape cases also increased under lockdown.

Third, the prolonged shutdown of schools, which lasted longer than eight months, created a productive gap among young women and induced extreme poverty. Possibly to escape this, many were forced into early marriages and teen pregnancies.

Fourth, the shift to online tools for learning purposes, along with a lack of smart devices, data poverty, and the unavailability of internet connections, left a huge proportion of students out of education, particularly in rural areas. Research carried out by the Women's Academy for Leadership and Political Excellence indicates that only 35 per cent of students had access to online learning. When those left out of school were girls, too often they ended up in forced marriages or pregnant.

Additionally, lockdowns in Zimbabwe resulted in shrinking civic space. People were unable to exercise their right to protest in the face of deteriorating socio-economic rights, so women were not able to do much despite the fact that they were worst hit by this regression.

Notably, it was under lockdown that the Constitution of Zimbabwe Amendment (No. 2) Bill was passed. The bill would allow the president to appoint judges to the Constitutional, Supreme and High Courts without legislative approval. He would also be able to choose his two vice presidents without an election and be able to delay the retirement of the chief justice by five years. CSOs organised the #ResistDictatorshipConstitution rally. Two young women, Namatai Kwekweza and Vimbai Zimudzi, were arrested during a peaceful protest.

Civic space has continued to shrink. As recently as January 2022, an initiative – the Private Voluntary Organisations (PVO) Amendment Bill – was submitted that will criminalise the work of CSOs. The bill ostensibly seeks to comply with international standards intended to ensure that CSOs are not misused by terrorist organisations, but this is being used as an excuse to clamp down on Zimbabwean civil society.

What has civil society done to support women and girls in this context?

CSOs were up and running providing services to people who reported cases of infection, putting out online campaigns, mobilising solidarity, providing information materials for COVID-19 awareness and prevention, providing sanitisers and masks at vegetable markets to ensure the informal sector could remain open and taking to the courts to challenge some unconstitutional government decisions. For instance, demolitions in the informal sector were challenged by the Chitungwiza Residence Trust and some activists held protests even though they knew they would get arrested.

As for ourselves, for a while, we were able to assist nearby communities in Chitungwiza, Epworth and Hopley, primarily by raising awareness about COVID-19 and handing out masks and sanitisers. We were also able to monitor key developments in communities throughout lockdowns through our community champions.

Movement was not easy, particularly, because the work done by CSOs is not considered an essential service. Since we had some projects running that were initially intended to be implemented through face-to-face activities, we had to shift online, with online engagement, online campaigning and online activities. We are now starting to do online advocacy campaigns through theatre. We have a series called ‘Zviriko’ that streams every Tuesday on our Facebook Page.

What are the main challenges for women's rights in Zimbabwe, and how is civil society addressing them?

The main women’s rights issues are socio-economic rights. It is appalling just how normalised the lack of adequate social services delivery for women is. This increases the burden of unpaid care work. As a privatisation agenda is implemented, limited access to basic health and basic and affordable education has decreased further. Decent work is a distant aspiration given the levels of abuse and rights violations that take place in the informal sector.

Additionally, there is an ongoing battle between the state and the Zimbabwean Constitution. The politics at play is unable to provide 50 per cent of female representation in political positions. There is no political will to facilitate the implementation of constitutional provisions as far as gender equality is concerned.

CSOs have consistently responded to this by providing services to survivors of varying forms of abuse, providing legal recourse, and creating awareness of these rights to build citizen agency.

There have also been lots of online campaigns, petitions and engagement around stopping the PVO bill that will deprive female citizens of much-needed socio-economic support once the work of CSOs is directly under state control.

The women’s movement continues to advocate for the full implementation of our new constitution and parity in political representation. Among other strategies, they are holding online campaigns and actively supporting aspiring female candidates to public office.

The International Women’s Day theme for 2022 is #BreakTheBias. How are you organising around it in the communities you work with?

Due to our focus on social and economic rights, #BreakTheBias speaks directly to our mandate, which is building women's power to defeat the socio-economic inequalities that continue to sideline women, particularly young women. We do this in many different ways.

First, through research and documentation. We believe that information is power, so producing knowledge is our first step towards evidence-based programming and advocacy.

For instance, we are currently conducting research about the nexus between illicit financial flows and tax justice in the extractive sector and young women in Zimbabwe. We have produced an assessment report to position young women in the 2022 national budget and the recently pronounced monetary policy statement, and we have published a policy brief advocating for gender-responsive policies for pandemic recovery.

We have also produced documentaries about the experiences of young women in mining communities and the socio-economic barriers faced by young women due to climate change.

Second, we strengthen the capacities of young women through training. We are currently providing training on fiscal literacy in Harare’s informal peri-urban communities, aimed at strengthening these women’s voices and agency in economic governance in Zimbabwe. In partnership with Transparency International Zimbabwe, we are also working to build women’s knowledge on gender and corruption. EJWP is also working on capacity building for young women on socio-economic rights and transformative feminist leadership.

Third, we feed our research into advocacy initiatives. We have ongoing advocacy with a series of stakeholders, particularly the Ministry of Finance and Economic Development, parliamentarians, the Gender Commission and other government agencies involved in gender issues.

Finally, we bring change to communities by encouraging people to address issues from the ground up. We have four Community Action Hubs so far and continue to build towards breaking gender bias by empowering young women. Our hope is that one day young women can be at the centre of key conversations regarding national resource collection, distribution and use. We also envision young women taking leadership positions at all levels, enabling them to add authoritative voices towards redressing the issues that are key to them.

As part of the #16DaysOfActivism campaign, CIVICUS speaks about civil society efforts to eradicate...