KAZAKHSTAN: ‘No economic or social reform will bring real change unless there is also serious political reform’

CIVICUS speaks about the recent protests in Kazakhstan and the state’s repressive response with Yevgeniy Zhovtis, a prominent human rights lawyer and director of the Kazakhstan International Bureau for Human Rights and Rule of Law (KIBHR).

Founded in 1993, KIBHR is a human rights civil society organisation aimed at promoting civil and political rights, democratic freedoms, the rule of law and the development of civil society through education, data collection, analysis and dissemination of information, and advocacy to harmonise domestic legislation with international standards. Yevgeniy is also a member of Panel of Experts on Freedom of Assembly of the Organization for Security and Cooperation in Europe’s Office for Democratic Institutions and Human Rights and the International Bar Association’s Human Rights Institute Council. 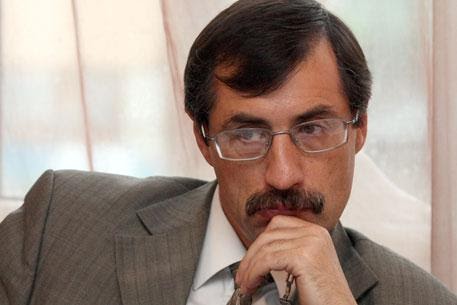 What caused the recent protests in Kazakhstan?

The demands expressed in the recent protests have deep roots in processes that go back to the 1990s, following the collapse of the Soviet Union, when former Soviet republics started to transition towards a capitalist system based on private property. The problem in Kazakhstan was that members of the nomenklatura, the ruling class in Soviet times, and especially those in positions of authority in state-owned companies, became the owners of a big portion of the economy. These elites then started to incorporate elements of authoritarian political control to match their economic power, and gained control of the political space, independent media and public life in general.

As a result, Kazakhstan turned into an authoritarian and oligarchic state, with much of the economy concentrated in the hands of a small group of people close to First President Nursultan Nazarbayev, his clan and his family, and ridden with social inequality.

Unsurprisingly, over the years dissatisfaction grew. People were unhappy about illegal practices that bypassed institutions, corruption, social injustice and inequality, among other things. A protest movement grew in 2011 but ended in massacre. Residents of Zhanaozen, a city in southwest Kazakhstan, went on a hunger strike and set up a protest camp in the city’s main square for months, demanding higher salaries and better working conditions. In December 2011, the police opened fire on them and, according to official data, killed 17 and injured more than a hundred people.

This became to some extent a moment of great symbolic power.

As protests erupted in 2022, what were their demands?

Ten years later, at the very start of 2022, the Ministry of the Economy freed the market for liquefied gas, which is the most important fuel for local cars. Prices went up by 100 per cent.

But the trigger for the 2022 protests was strikingly similar to that of the 2011 protest. People were angry not only because of rising gas and oil prices, but also because of economic mismanagement and corruption. It started with several thousand protesters in Zhanaozen on 2 January and within two or three days it spread to more than 60 cities all around the country. When anger reached a tipping point, many thousands took to the streets.

Initially, protests in many places were driven by groups of political opposition, civic activists who were joined by workers and marginalised groups. It was not a situation in which the mass of the people mobilised against the government. Generally speaking, having lived under an authoritarian state for the past 17 years, people in Kazakhstan have no real political culture or a political voice. Public protests are illegal: people are not allowed to gather in central squares or in any place near a government building, so anyone who protests in the streets is committing an administrative offence.

But people don’t seem to be so afraid anymore. By mid-January 2022, the protests that started in the west had spread out to other regions, and masses of diverse people joined, including not only big crowds of young people but also criminals, militants close to local elites and even some Islamic radicals.

President Kassym-Jomart Tokayev tried to control the situation, replaced some security authorities and put himself at the head of the security council, replacing the First President, who was supposed to occupy this position for life. The government also shut down internet access for several days.

Most protests were spontaneous, and Kazakhstan is a very diverse country, so there was no consolidated leadership. People kept protesting and adding more social and economic demands, which in turn ended up giving way to political demands, including the resignation of the government and removal of the First President and his clan from all positions in politics and the economy. There are no real opposition political parties but those that are close to having that role called out their supporters to protest.

Protests were also mostly peaceful, but some aggressive young people, militant groups close to local elites and Islamic groups clashed with the police. They tried to seize government buildings and, in some cities, they ran out of control.

How did the government respond?

The government reacted with deadly violence, to the point that the United Nations High Commissioner for Human Rights had to urge it to end the violence towards protesters.

As well as having control of the national security forces, President Tokayev resorted to Russian Security Forces as part of the Collective Security Treaty Organization forces. He brought in more than 2,000 Russian troops, joined by Belarus, Kyrgyzstan and Tajikistan units. These also had a political purpose: to show that Russian president Vladimir Putin had his back.

More than 220 people were killed and more than 10,000 were arrested during the protests. Between 8,000 and 9,000 of them were later released, but some continue in detention. Among them are some people who were violent and committed looting but many others who did not. For almost a week they didn’t have access to basic rights such as communicating with their families or a lawyer, and there have been many cases of torture and cruel treatment in detention. Only by 14 or 15 January, when they regained control, did the authorities start to provide information regarding places of detention and people detained. But judicial procedures continue and the outcome of the trials is uncertain.

Once President Tokayev regained control, Russian security forces left Kazakhstan. The president then moved to consolidate his power. On 11 January he addressed a statement to parliament in which he promised to introduce economic and social reforms aimed at bringing a measure of social justice, reducing inequalities, combatting corruption and improving the economy. He also promised that in September he will announce a set of political reforms.

Did anything change as a result of the protests?

The number of people who took the streets was incredibly high, and that in and by itself was an important positive change. In the medium term we might see an impact in terms of economic and social changes. But we need institutional changes regarding the prison system and the security forces, the police and prosecutor’s office and judiciary. All these institutions must be radically reformed.

And Kazakhstan also needs political reform. I do not expect the government to hold democratic elections anytime soon, but I am concerned about the space for independent media and journalists, for the growth of a democratic opposition and for the development of civil society. At some point there will be a need for political pluralism, party competition and citizen participation.

I think these protests gave the government some food for thought. No economic or social reform will bring real change unless it there is also serious political reform. Otherwise, the story will repeat itself following the same pattern.

What can the international community do to improve civic space in Kazakhstan?

I participated in a meeting with the European Union External Action Service people and have close communications with western embassies regarding civic space and human rights issues. But unfortunately, Kazakhstan is not relevant in the international agenda, and the international community is currently absorbed with the pandemic. Additionally, the conflict between Russia and Ukraine is also keeping the world busy. There are some foreign journalists who are being allowed to work in Kazakhstan who will hopefully publish their coverage in popular newspapers, but that’s about it.

At this point, the only way to help is to look at the situation as a systemic problem that has existed for many years, concerning the nature of the political regimes that have been established in the region, lacking in democratic freedoms. High-level advocacy is needed to slowly move the government towards an understanding of the need to open up the space for civic freedoms. Another, more immediate way to help is to work on a case-by-case basis on the situation of human rights activists, journalists and civil society staff who are being prosecuted. International assistance in investigations on human rights violations would also be very valuable.