TUNISIA: ‘Civil society is not yet under direct threat, but we believe that our turn is coming’ 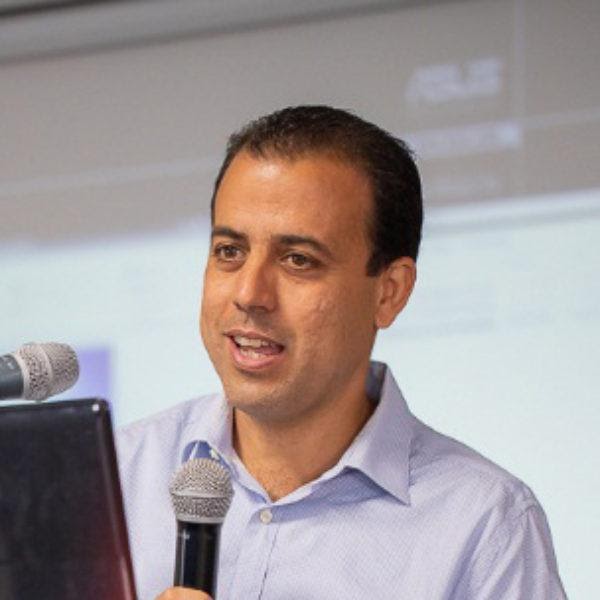 CIVICUS speaks about the prospects for democracy in Tunisia following the president’s July 2021 power grab with Amine Ghali, director of Al Kawakibi Democracy Transition Center (KADEM). KADEM is a civil society organisation (CSO) aimed at promoting civil society’s contribution to democracy and transitional justice in Tunisia and the wider region, through awareness-raising, capacity-strengthening and documentation.

What has been the position of Tunisian civil society regarding President Kais Saied’s power grab?

Last July, President Saied dismissed the prime minister and suspended parliament, while promising a constitutional review process. Since then, he has granted himself extensive powers and erased checks on that power.

Reactions to this varied, because Tunisian civil society has been always very diverse. One part supported Saied’s moves, or at least viewed them in a positive light, while another completely opposed them, and others were more selective about what they oppose: maybe they were not happy with the previous political arrangement or even the current one, but still thought that Saied’s moves would open bigger opportunities for change and reform.

A similar kind of diversity has been visible in society at large, but we haven’t experienced unhealthy polarisation because people have not split between positions at the two ends of the spectrum.

And although I have no real numbers or statistics, I have recently noticed growing opposition from civil society to the July events. At the beginning there was a kind of euphoria, but now civil society is more critical of what happened, possibly because people have started to notice that Saied has not yet fulfilled his promises.

One of Saied’s early promises was to fight corruption and bad governance, none of which has yet happened. In addition, he has taken actions and decisions that he did not announce on 25 July. His actions – mainly against the Ennahda party and other leading political parties – initially abided by the constitution, but then he started acting against the constitution and reversing milestones of our democratic transition.

According to the official discourse, echoed by some political actors, our current constitution is so bad that we need a new one. But in my opinion – and civil society’s – it is not that bad. More importantly, the constitution-drafting process following the 2010 uprisings had broad consensus, and the new constitution was approved by a lot more than the required two-third majority of the National Constituent Assembly – it received the votes of 200 out of 217 deputies. But now we seem to be moving from a participatory process to a restrictive one.

In terms of electoral management, it is not clear whether the upcoming elections and referendum will be organised by an independent body. On top of this, Saied has questioned another major democratic gain, the independence of the judiciary.

How has civil society reacted to the roadmap that President Saied revealed in December 2021?

I think it was the pressure exercised by civil society, political parties and the international community that pushed the president to spell out a roadmap in mid-December. For the first three or four months after he suspended parliament, he had been against it.

At least a part of civil society will continue to advocate for more and better steps to be included into the roadmap, including a presidential election, which we may need to hold since the roadmap included the drafting of a new constitution, which will result in a new distribution of powers between the president and the head of government. We will also push for a more participatory approach, because holding a referendum on the constitution is not enough, as it will only allow people to respond to a yes/no question.

These are points that will probably be raised in the next few weeks or months. We have strong CSOs working on elections, which are already meeting to discuss how to maintain the elections commission as the main actor and how to address the shift from voting for lists to voting for individuals, as announced by presidential supporters.

I expect we will soon see the formation of new coalitions to act on the new political agenda. In fact, some such coalitions have already formed, including elements of both civil and political society, such as Citizens against the Coup. Other civil society coalitions are working on enhancing human rights protection mechanisms. In my opinion, these new dynamics will grow over the next few months.

Are there any opportunities for civil society engagement around the upcoming constitutional referendum?

Unfortunately, one of the main features of this new governance system is lack of consultation, not only with civil society but also with political parties. So far, the space for the consultation process has not been wide enough. One of its features is online consultations, which are not the kind of consultation we have become used to over the past 10 years.

Even if there were many things that didn’t function as they were supposed to, there was at least some form of consultation, a form of give and take, between politicians and civil society, experts and the international community. That ecosystem we once had does not exist anymore. CSOs will push for better forms of cooperation between decision-makers and civil society.

How much pressure is civic space in Tunisia under?

Civic space is shrinking. Although civil society is not yet under direct threat, we believe that our turn is coming. We have noticed that Tunisian decision-makers hate intermediary bodies, so they have shut down parliament, attacked the judiciary and boycotted the media. We are probably next on their list, so we need to be very alert. There are rumours that politicians will introduce legal changes that will affect CSOs, which we won’t accept. We must defend civic space while we still have some space to interact with decision-makers in the absence of parliament, the traditional intermediary body.

Are recent arrests of political opponents part of a worrying trend?

We haven’t experienced massive arrests of political opponents – in fact, there have been very few. As far as we know, they have not been based on political reasons, but rather on illegal activities committed by politicians while in office. We have condemned the procedures and circumstance of the arrests, which were not appropriate, but no one is above the law, so if there is sufficient evidence against these people, let’s arrest them and bring them to trial according to judicial procedures and not through executive decisions.

What are the prospects for democratic consolidation in Tunisia, and how can the international community contribute to it?

I think if we leave it to its own devices, the fate of democracy in Tunisia will be rather negative. So civil society, political society, the international community and Tunisia’s friends will need to step up their advocacy efforts, not to restore democracy but to maintain it. We need the efforts of all actors to keep up the pressure to make sure that Tunisia is on the path to democracy. If we didn’t engage and just watched the show, it would probably not lead us to more and better democracy, but rather in the opposite direction.

As long as international actors acknowledge that there is a threat to democracy and engage, it will help us. The international community shouldn’t deal with us as it did with Egypt in 2013 – that is, it shouldn’t prioritise security and stability over democracy. We need the international community to maintain the pressure on decision-makers in Tunisia to make sure that completing the democratic transition is our shared aim. That way, Tunisia will become a major example of a successful democratic transition in the Arab region.

Civic space in Tunisia is rated ‘obstructed’ by the CIVICUS Monitor.
Get in touch with KADEM through its website or its Facebook page.