PARAGUAY: ‘As long as land remains in private hands, conflict will continue '

CIVICUS speaks with Alicia Amarilla, national coordinator of the Organisation of Peasant and Indigenous Women (CONAMURI) in Paraguay about conflicts over land rights between the state, the private sector and Indigenous communities. CONAMURI is a Paraguayan organisation of Indigenous and peasant women that has been working for 22 years to defend and promote their rights and seek solutions to situations of poverty, exclusion and discrimination based on ethnicity and gender. 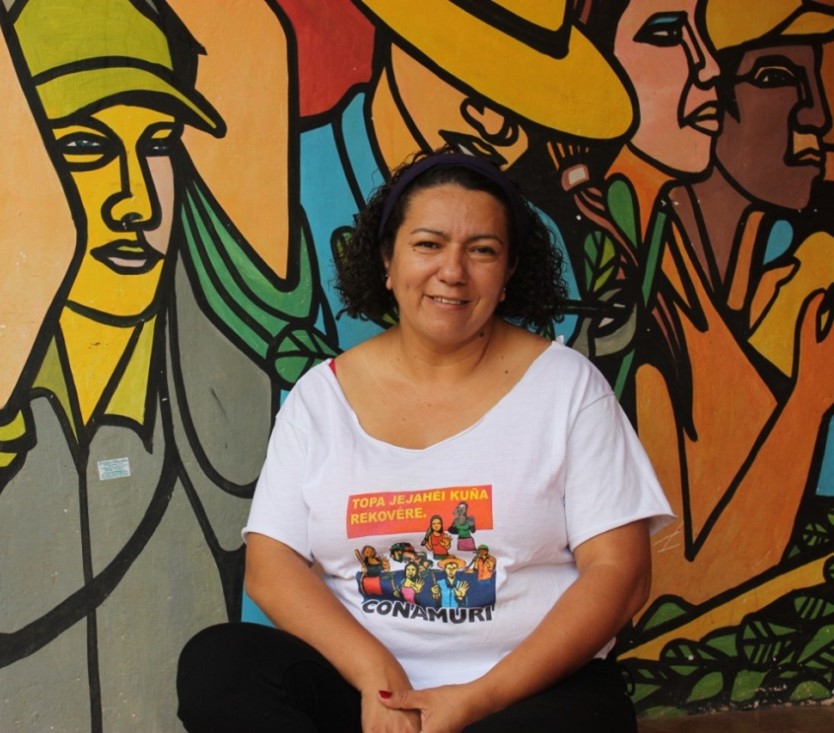 What challenges do Indigenous peoples in Paraguay face in accessing their land rights?

The main challenges remain those of organising and building alliances. If there is no political awareness that the future is at stake, any resistance will be weak. And in the absence of networks with other sections of the public, it is very difficult to defend our territory.

Lack of access to basic rights in Indigenous communities is another challenge, which has been exacerbated during the COVID-19 pandemic. Added to this are now the countless threats of eviction, on top of the number of evictions that have already been carried out. Indigenous families, like many peasant families, are left out in the cold. Despite the existence of laws and institutions that should protect them, they are abandoned, and institutions even endorse these abuses suffered by Indigenous peoples at the hands of the Paraguayan state.

In addition, new forms of attack are being used to displace peasant and Indigenous peoples from their territories: for example, the planting of eucalyptus in monoculture plantations, which endangers the culture, biodiversity and very life of communities, and takes away the opportunity for them to plant crops to generate income.

On top of this, there are setbacks that occur as a result of manipulation and the buying of consciences by large companies that take advantage of the material needs of Indigenous communities so they rent out their lands to them and let them settle in their territories, thus pushing agribusiness into Indigenous territory.

What mobilisation strategies are you employing to respond to these challenges?

As a strategy, unity and solidarity among peoples is the only way to resist. Unity begins with organising and planning organic and ecological agricultural production, with an emphasis on production for self-consumption, because in the absence of guaranteed access to food, the struggle becomes much more difficult. We try to avoid dependence on the external market, and instead turn towards healthy food that respects nature and the environment around us.

The Hugua Po’i community has a very interesting mobilisation strategy, displaying the full symbolism of their bows and arrows. This was very significant because they communicated the resistance of Indigenous peoples to the violence of the state, which uses its entire structure and armed forces against them. The state systematically criminalises their protests, as if Indigenous peoples were the violent ones, although we all know that in reality exactly the opposite is the case.

How can territorial conflicts be resolved?

The only way to resolve conflict is to enforce the National Constitution and the laws that enshrine the rights of Indigenous peoples: already existing laws that defend Indigenous territory and the way of life of communities.

As long as land remains in private hands, conflict will continue at the local level. The conflict can be solved by respecting ancestral territories and the true owners of the land with comprehensive agrarian reform that not only distributes land, but also accompanies the process of putting down roots in communities. To this end, there must be a distribution of our country’s wealth through public policies and a fairer tax system that benefits peasant and Indigenous people – including by generating solidarity markets for agricultural production and handicrafts – as well as the working class, which is the most plundered in our society.

How are CONAMURI’s struggles integrated into a broader regional movement?

CONAMURI is part of the Latin American Coordination of Rural Organizations – Vía Campesina, which brings together more than 300 organisations from 80 countries in four continents: Africa, America, Asia and Europe. Within this space, there is debate around peoples’ problems, struggles and realities, and strategies are devised that are appropriate to the struggles and processes in each country. Out of this, political guidelines emerge that we follow to jointly build a sustained movement.

We are also in contact with similar organisations in other countries. We link up with other countries where we know there is a movement happening at the national level and where we observe the same struggles of our peoples.

What support from national and international civil society do land rights groups in Paraguay need?

Society in general needs to understand that our future lies in the countryside, that our lives depend on the farmers who feed the world. People must defend and support peasant and Indigenous struggles for territories and settlements and women’s struggles for an end to sexist violence, and understand that these struggles belong to everyone and have many ramifications, including survival on the planet and reducing the effects of climate change.

The Paraguayan state faces several complaints and lawsuits before international human rights organisations such as the Inter-American Commission on Human Rights (IACHR).

In the case of the Curuguaty massacre, in which peasants who occupied land in 2012 were irregularly evicted, the state has been in the spotlight for a few days because the IACHR opened a case for an in-depth analysis of alleged violations of due process, such as concealment of evidence.

In the case of the Ka’a Poty Indigenous community, which has been dispossessed of its lands, an international complaint was filed on 22 December against the Paraguayan state for the first two illegal evictions the community suffered, although a precautionary measure was in force. The Human Rights Directorate of the Supreme Court of Justice requested reports both from the state and from the Social Platform for Human Rights, which is leading the case.

Given the impunity and corruption of legal processes, it is important to publicise these human rights violations, as well as all the damages and impacts generated and suffered by Indigenous and peasant communities in the defence of their territories.

The mental health of the families affected by evictions is also under study, as well as the impact of evictions on other rights, particularly the human rights of women, children and adolescents, and the right to food security. As a result of the evictions, many children are malnourished and are not attending school.

Civic space in Paraguay is rated ‘obstructed’ by the CIVICUS Monitor.