CHILE: ‘For the first time the extremes are inside the parliament and there are unacceptable undemocratic voices’ 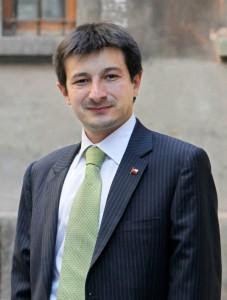 CIVICUS speaks with Alberto Precht, executive director of Chile Transparente, about Chile’s presidential elections and their persistent pattern of low electoral turnout. Founded 23 years ago, Chile Transparente is a civil society organisation (CSO) that promotes transparency in public and private institutions and the fight against corruption.

What have been the peculiarities of this electoral process?

There have been three recent votes in Chile: first, the national plebiscite held in October 2020, in which citizens were asked whether they wanted a new constitution and, if so, which body should be in charge of drafting it; then the elections of representatives to the constitutional convention in May 2021; and now, with the constitutional convention in place, the presidential elections, with the first round held on 21 November and the second round scheduled for 19 December.

These electoral processes have been quite peculiar because each of them has produced quite different results as measured on the left-right ideological axis. On the one hand, a progressive constitutional convention was elected, including a significant hardcore left-wing component. On the other, both in the primary elections and in the first round of the presidential election, a hardcore right-wing candidate, José Antonio Kast, won first place, followed by Gabriel Boric, a progressive candidate running in coalition with the Communist Party.

The political environment is quite polarised, but what is most striking is that between 50 per cent and 60 per cent of Chileans do not show up to vote. This makes the election results very uncertain. Moreover, whoever wins will do so with 13 or 14 per cent of all eligible voters. It is not surprising that there are usually wide currents of anti-government opinion, since the government never represents a majority.

Why do so few people vote?

It is paradoxical, because in the current context one would have expected a higher turnout. The 2021 election for the constitutional convention was the most important election since 1988, and turnout did not reach 50 per cent. The only vote that exceeded that threshold was the 2020 plebiscite, with a 51 per cent turnout, but that was different because it was a ‘yes’ or ‘no’ vote. This low turnout was striking, because although no one expected a 80 or 90 per cent turnout, as was the case in the historic 1988 plebiscite that said ‘no’ to the Pinochet dictatorship, turnout was expected to be closer to 60 per cent.

It is very likely that we will see even lower participation in the second round, even though there are two very clear and distinct options, which would hopefully motivate more people to vote.

In Chile there is a structural problem of low participation. In part, this has to do with the fact that voting is voluntary, but it also has to do with the fact that the political offer is not very attractive. Although the offer has changed a lot and the latest reform in the system used to elect parliamentarians has allowed for greater pluralism, this has not been enough to motivate people to vote. The latest elections have been a rollercoaster and therefore very hard to analyse; the only certainty we have is that at least 50 per cent of Chileans do not feel represented in the electoral system.

How could people be motivated to vote?

Some legal reforms are already being introduced to that effect. The national plebiscite that will take place in 2022, where people will say whether they agree with the new constitution, is going to be a mandatory vote. Additionally, the vote is going to be organised in a georeferenced way, so that people will be able to vote at a polling place within walking distance of their residence.

This is not a minor detail: in Chile, voting places are not assigned according to place of residence, so people, especially low-income people, must take a lot of public transport to get to the polls. Even though it doesn’t cost them money, because it’s free, they have to invest the whole day in going to vote, which many can’t do. These changes will increase participation rates, but it will be very difficult for Chile to reach 80 per cent participation in the short term.

The big questions that no one has been able to answer are who the people who don’t vote are and what they think. Between the constituent convention elections and the presidential election there seems to have been a turnover of voters. Younger voters showed up to vote in the constitutional convention elections, while older voters tended to participate more in the presidential election.

What role does Chile Transparente play in the electoral process?

Chile Transparente has a system of complaints and protection for victims and witnesses of corruption that has been receiving complaints of misuse of electoral funds. Today we are stuck with a very important controversy involving the candidate who came third in the first round of the presidential elections, Franco Parisi. He is a neo-populist candidate whose campaign has been funded in quite opaque ways.

We also work to motivate participation and have participated in observations of local electoral processes that had to be repeated. We receive the support of the European Union for a programme called Transparent Convention, which publicises the functioning of the constitutional convention, highlighting certain issues that might seem relatively opaque and that need to be brought to the public’s attention.

We are one of the few organisations in the country that are active in transparency and anti-corruption issues and we play a very important role alongside investigative journalists.

How are these elections influenced by the protest movement?

The election for the constitutional convention fed off the strength of the 2019 protests; in fact, at one point in the Constitutional Convention came to reflect the people who were protesting. But by the time of the presidential elections, held one year later, only the hangover from the protests remained, and the results were rather a reflection of the people who had suffered the effects and were against the protests.

We need to understand that the mobilisation process has not been purely romantic, but has been accompanied by a lot of violence. Between the pandemic and the protest violence, there are people who have not been able to reopen their businesses, who cannot go to work in peace, who have lost everything. At the same time, we obviously have a debt in terms of human rights violations.

These tensions were expressed at the polls, and we will surely have a heart-stopping second round, in which the competitors are a candidate who represents a hardcore right wing, quite different from the traditional right that has governed in recent years, and a candidate who has formed a coalition with the Communist Party, until now marginal in a political game that has rather gravitated towards the political centre.

What has happened to the established Chilean party system?

There is undoubtedly a weariness with the democracy of the last 30 years, regardless of all the progress the country has made. There are large sectors that believe the centrist consensus that characterised the transition to a so-called ‘democracy of agreements’, consisting of doing what was considered to be within the realm of the possible, does not provide solutions. This has led not only to a social outburst, but also to a conservative reaction. It is a textbook situation: every revolution is followed by a counter-revolution.

On top of this there is a problem of migration management, which has caused a huge electoral shift throughout the country, especially in the north. Chile used to vote for the left and now it voted for two candidates – one from the extreme right and a populist candidate – who proposed harsher measures against migration, such as the construction of border ditches or mass expulsion: nothing could be further from a culture of human rights.

At the same time, the left has lacked any self-criticism. It has not understood how important it is to respond to people’s concerns about insecurity and to attend to the victims of violence. When there is an outbreak of violence, violence victims will vote for those who offer them order. As is well known, in Chile there has long been a major conflict with the Indigenous Mapuche people. There is also conflict with non-Mapuche sectors, often linked to organised crime, who have taken violent action. In those areas, where one would expect a vote for the left, the complete opposite has happened. In certain localities where violence has become endemic, the conservative candidate has received up to 60 or 70 per cent of votes.

What would be the implications for civil society depending on which candidate wins in the second round?

A part of the more traditional press seeks to give the impression that if Boric wins, it will be the advent of communism, while another part claims that if Kast wins, he will take us back to the times of Pinochet. However, thanks to social media and new technologies, alternative media outlets have flourished in recent years. There are more pluralistic television channels and channels with quite diverse editorial lines, which have more nuanced views.

I believe that both alternatives entail risks, because both candidates include within their coalitions people or parties that seek to limit the space for civil society, that adhere to a narrative that the press is financed by international powers, that Chile Transparente serves certain mega-powers, and promote conspiracy theories. Let’s remember that the Communist Party candidate who lost the primary elections against Boric proposed an intervention in the media. For his part, Kast has the support of hardcore Pinochetist elements.

However, in the second round, the two candidates have moved towards the centre to capture the votes they need to win. The groups that followed former President Michelle Bachelet, who initially opposed Boric, are now working with him. On the other side of the spectrum, in order to attract segments of the liberal right, Kast also has had to moderate his discourse.

Perhaps hope lies in parliament acting as a regulator of the two extremes. It is a diverse parliament where no party will have a majority, so whoever gets to govern will have to do so in negotiation with parliament. At the same time, the constituent process, which is still underway, can produce a constitution of unity that would set the conditions for the new president to govern.

The problem is that for the first time the extremes are inside parliament and there are some voices that are unacceptable from a democratic point of view. For example, two deputies elected by the extreme right recently mocked an elected candidate who is transgender. Some not very encouraging positions on human rights have also been expressed by the left. For example, the Chilean Communist Party has just recognised Daniel Ortega as the legitimate president of Nicaragua and continues to recognise Nicolás Maduro in Venezuela.