NICARAGUA: ‘For the government, these fraudulent elections were a total failure’

CIVICUS discusses the recent elections in Nicaragua, characterised by the banning of candidates, fraud and repression, with a woman human rights defender from a national platform of Nicaraguan civil society, who requested anonymity for security reasons. 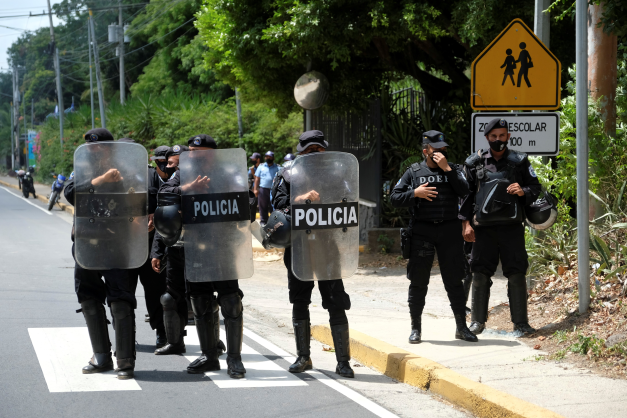 What was the political context in which the 7 November presidential election took place?

The context began to take shape in 2006, with the pact between the leaders of the Sandinista National Liberation Front (FSLN), Daniel Ortega, and the then-ruling Constitutionalist Liberal Party (PLC), led by former president Arnoldo Alemán. The aim of the so-called ‘Alemán-Ortega pact’ was to establish a two-party system dominated by both leaders, which did not work out for both: it resulted in a complete restructuring of the political system, including a reform of the constitution and the modification of election dates, which allowed the FSLN – which had failed to win the presidency on several occasions – to win the 2006 election with 38 per cent of the vote, never to leave power since.

Once in power, the FSLN carried out several constitutional and electoral law reforms ordered by Daniel Ortega, in collusion with legislative, judicial and electoral institutions, to impose a constitution tailored to its needs and to allow himself to be re-elected indefinitely.

Since the most recent package of electoral changes, carried out in May 2021, the electoral stage was already set so that the current government would win the election. The changes gave the FSLN control of the entire electoral structure, gave the police the power to authorise or ban opposition political rallies and took away funding for candidates.

Already in December 2020, the National Assembly had passed a law to neutralise opposition candidacies: under the pretext of rejecting foreign interference in Nicaragua’s internal affairs, it prohibited the candidacies of people who had participated in the 2018 protests, labelled by the government as an attempted coup d’état financed by foreign powers.

All these laws were applied by state institutions in a way that resulted in the banning of all democratic candidates who could in any way be viewed as positioned to defeat the FSLN candidate. The result was an election lacking all real competition.

Was there any attempt to postpone the election until the proper conditions were met?

First, in the context of the 2018 protests, which were heavily repressed and resulted in hundreds of deaths, several groups, including the Nicaraguan Bishops’ Conference, proposed holding an early election to resolve the crisis. Some also considered the possibility of forcing the resignation of the president due to his responsibility for the systematic human rights violations committed in the context of the 2018 protests.

But Ortega refused to call an early election, and instead challenged the alleged ‘coup perpetrators’ protesting against him to get the people’s vote in the 2021 election. In the meantime, instead of proceeding with the electoral reform that had been demanded for years, he set about preparing the ground so that no one could challenge him in the elections.

With the 2021 electoral process already underway, and in view of the fact that there would be no real competition, voices from civil society recommended suspending and rescheduling an election that would be clearly illegitimate and lacking in credibility, but this call was not echoed.

How do you assess the election results?

Clearly the overwhelming majority of Nicaraguan citizens viewed these elections as illegitimate, since only about 10 per cent of eligible voters turned out to vote. Some of those who did vote are government supporters, while others – such as members of the military and police and public servants – were compelled by fear and their work circumstances.

These claims are supported by polling data from various civil society groups inside and outside Nicaragua, such as Coordinadora Civil, Mujeres Organizadas and Urnas Abiertas. On election day, some of these organisations did a quick poll on the ground, twice – morning and afternoon – and documented. through photos, videos and testimonies by some election observers invited by the government, that the majority of the population did not turn out to vote.

From civil society’s perspective, these elections were a complete failure for the government, as they gave us all the elements to demonstrate at the international level that the president does not meet the minimum conditions of legitimacy to remain in office. It is not only Nicaraguans who do not recognise the results of these elections: more than 40 countries around the world have not recognised them either. The government conducted a fraudulent election to gain legitimacy, but it failed to do so because no one recognises it at the national or international level.

What is the outlook for Nicaraguan civil society following the election?

The panorama has not changed. What awaits us is more of the same: more repression, more persecution, more kidnappings, more political prisoners, more exiles. At the same time, this unresponsive and unaccountable government is completely incapable of solving any of Nicaragua’s problems, so poverty, unemployment and insecurity will also continue to deepen.

In response, we can do nothing but sustain resistance and try to break the chains of fear, because fear is what this illegitimate government rules through.

What kind of international support does Nicaraguan civil society need?

Nicaraguan civil society needs all kinds of support, from support for building and strengthening alliances to amplify our voices, so we can publicise the political situation in Nicaragua and demand action in international forums, to financial and in-kind support to equip us with the tools with which to do our work, sustain our organisations and provide protection for human rights defenders who are being persecuted and attacked.

Civic space in Nicaragua is rated as ‘repressed’ by the CIVICUS Monitor. Nicaragua is currently on our Watch List, which includes cases in which a severe and abrupt deterioration in the quality of civic space is taking place.