SWITZERLAND: ‘It was about time for everybody to have the same rights, with no discrimination’ 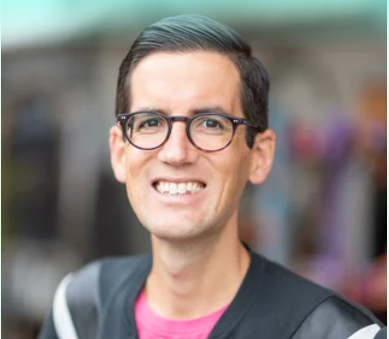 CIVICUS speaks with Reto Wyss, International Affairs Officer of Pink Cross, about the recent referendum on same-sex marriage in Switzerland and the challenges ahead.

Pink Cross is Switzerland’s national umbrella organisation of gay and bisexual men, and for 28 years it has advocated for their rights in the country’s four language regions. It stands against discrimination, prejudice and violence based on sexual orientation, gender identity and HIV status, and strives for acceptance and equal rights for all queer people on both a national and international level. It conducts its work through an active media presence, advocacy, campaigning and efforts to strengthen the LGBTQI+ community.

What was the process leading to the legalisation of same-sex marriage in Switzerland, and what roles did Pink Cross play?

The same-sex marriage bill was submitted to parliament in 2013 and it went back and forth several times between the two legislative chambers until it was finally passed in December 2020. Pink Cross did intensive and quite traditional advocacy, lobbying and public campaigning all along the process.

We talked a lot with politicians of the conservative-liberal Free Democratic Party of Switzerland as well as the Christian Democratic People’s Party of Switzerland. We ordered a legal opinion that clearly stated that, contrary to what opponents of the law said, there was no need to change the Swiss Constitution to open marriage to all people. If that had been the case, the legalisation of same-sex marriage would have required a positive popular vote in the majority of the Swiss cantons, which would have made things a lot more complicated.

To enshrine same-sex marriage, all that was needed was a law like the one parliament had passed, amending the Civil Code to extend marriage to all couples beyond those of a man and a woman.

No referendum was necessary: the one held on 26 September was an optional referendum launched by opponents of the law, who intended to show that parliament’s decision was not welcome by the Swiss people and overturn it. To have this referendum called, they campaigned actively to gather the 50,000 signatures required. LGBTQI+ organisations would have been largely pleased with letting the decision made by parliament stand, rather than asking everybody whether they agreed with granting us the same rights as everyone else.

The civil society campaign was officially launched on 27 June, with events in 23 towns and villages across Switzerland. Over the following 100 days, the queer community mobilised around the country with dozens of actions to demand the right to equality. The campaign was supported by several LGBTQI+ organisations, including Pink Cross, the Swiss Organisation of Lesbians-LOS, Network-Gay Leadership, WyberNet-Gay Professional Women, Rainbow Families and Fédération Romande des Associations LGBTIQ+.

We wanted to gain as much visibility as possible, so we campaigned with thousands of rainbow flags hanging out of balconies throughout the country and posted many great videos online. This was a very broad grassroots campaign with many activists taking part in it, both online and in person. Our main message was that the same rights must be recognised for everybody, with no discrimination, and that in Switzerland it was about time.

Leftist and liberal parties and organisations campaigned in favour of the law, while the right-wing populist Swiss People’s Party – although not all of its elected representatives – campaigned against it, along with a whole bunch of conservative and clerical organisations, including the rather small Evangelical People’s Party. The Catholic Church was against the law, although not all of its representatives or institutions had the same position. The Protestant Church backed the law, although not unanimously.

Mobilisation against the law took place mainly in the countryside and – obviously – online. Their arguments were mostly about the alleged well-being of children, and focused on the fact that the law allowed same-sex married couples access to adoption and conception through sperm donation.

What will be the immediate effects of the new law?

On 26 September, by 64 per cent of the vote, the Swiss people expressed their agreement with the law granting equal marriage for all. The law will come into force on 1 July 2022 and will have very important and immediate practical effects, because the legal status of marriage has several important differences from the registered partnership (RP) regime already available to same-sex couples.

If they want to be recognised as legally married, same-sex couples currently in RPs will have to apply for the conversion of their RP into legal marriage at the registry office by means of a so-called ‘simplified declaration’, which won’t carry excessive costs, although the exact procedure is yet to be determined and may vary from one canton to the next.

Those who were married abroad but whose marriage was recognised in Switzerland as an RP will have their RP automatically and retroactively converted into marriage.

What other challenges do LGBTQI+ people in Switzerland face, and what else needs to change to advance LGBTQI+ rights?

A lot remains to be done in terms of preventing, registering and convicting hate crimes adequately. Pink Cross is currently advancing this issue in all cantons, because this is within their jurisdiction. Likewise, we are preparing a first ‘precedent’ to get a ruling on the ‘anti-LGBT agitation’ paragraph that was introduced into criminal law last year.

Finally, institutional anchorage of LGBTQI+ advocacy definitely still needs to be strengthened on a national level, specifically within the federal administration, either through a specific commission or by extending the mandate of the Federal Office for Gender Equality. So we are also working to move ahead on this.