USA: ‘Extremist politicians have been hellbent on stigmatising and banning abortion for decades’ 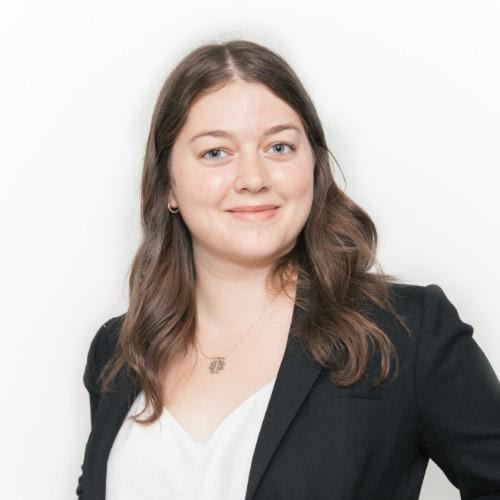 CIVICUS speaks with Caroline Duble, Political Director of Avow – Unapologetic Abortion Advocacy, about the current backlash against women’s rights in the USA, and in Texas in particular, as well as the activist responses. Avow is a civil society organisation that works to secure unrestricted abortion access for every Texan, following the vision of a society in which every person is trusted, thriving and free to pursue the life they want.

How did we get to the point where abortion has been almost completely banned in Texas?

For people just now hearing about this cruel ban, which prohibits abortions as early as six weeks into pregnancy, it can be hard to believe that something so extreme could ever be passed into law. But as Texans who have been long fighting for abortion access, we know that extremist politicians have been hellbent on stigmatising and banning abortion for decades. This is clear if you look at the full timeline of medically unnecessary restrictions on abortion procedures that were passed in Texas since the 1973 Supreme Court ruling on Roe v. Wade, which determined that the Constitution of the United States protects a pregnant woman’s freedom to choose to have an abortion without excessive government interference. They have been relentless, deceitful and cruel in their attempts to push care out of the reach of Texans who need it.

How is this different from previous, less successful attempts to ban abortion in other states?

Unlike bans in other states, which are enforced by state officials, this bill – known as Senate Bill 8, or SB8 – gives the public unprecedented authority to enforce the ban. It allows anyone – including anti-abortion activists who have no connection to the patient – to act as vigilante bounty hunters and to take to court doctors, health centres and anyone who helps another person access abortion, with the incentive that they will collect US$10,000 for each abortion. In other words, Texas is trying to evade judicial scrutiny and accountability in the courts by encouraging private citizens to do the dirty work for them. But SB8’s legal manoeuvring does not change the fact that banning abortion at six weeks is unconstitutional, and even more importantly, it is unjust and wrong.

What have been the immediate consequences of the ban, and how are people protesting?

SB8 is working as intended. Since the law went into effect on 1 September, it has decimated our already vulnerable care infrastructure and has left Texans who need access to care and support services scared to reach out for help, and advocates afraid to help them. Under this law, Texans are being denied the abortions they want and need. Many people are trying to scrape together thousands of dollars to travel out of state, take time off work and arrange childcare and transportation.

Many Texans are self-managing their abortions, which can be extremely safe but only if the pregnant person has access to information and resources. And tragically, countless Texans are being forced to carry pregnancies against their will. Of course, this is falling hardest on Black, Latinx and Indigenous people, undocumented people and low-income Texans, who are facing the most severe barriers to accessing care out of state and disproportionate harm from this law.

People are protesting by funding abortion. Texas abortion funds have collectively raised well over US$3 million since 1 September, and those funds will largely be used to get people out of state. People are also literally protesting! Check out #BansOffOurBodies to see protest footage from around the country, and particularly the marches for reproductive rights that took place on 2 October. And of course, people are learning about self-managed abortion, because abortion bans don’t curve the need for abortions.

What tactics is Avow using in its work to prevent regression and expand sexual and reproductive rights?

Avow will continue to fight unapologetically for unrestricted abortion access for all Texans, for any reason. Abortion is essential healthcare, and it should be readily accessible to anyone in our state who needs or wants one. We’re leading this movement and changing the culture with an unapologetic abortion-forward mindset, through community-building, education and political advocacy.

We work to portray abortion in a positive light because abortion is safe, common and normal, although you wouldn’t know that because abortion stigma keeps people from sharing their stories. We are committed to changing the conversation about abortion to reflect that reality. For too long, anti-abortion extremists have dictated how we’re allowed to talk about abortion; by spreading lies and medical inaccuracies they have controlled the narrative so much that even abortion rights supporters don’t feel comfortable saying the word and prefer to use euphemisms such as ‘women’s rights’, ‘reproductive health’ and ‘choice’. This has allowed stigma to permeate abortion care and ultimately shame people who have had abortions, and feeds into a narrative about ‘good’ and ‘bad’ abortions. But we refuse to judge a person’s reason for getting an abortion, and instead support them once they have made their decision.

Looking ahead to the 2022 midterm elections, Avow is preparing to hold anti-abortion legislators accountable through digital ads, on the ground organising and voter mobilisation. We are also pushing the federal government to do more to protect abortion rights by passing the Women’s Health Protection Act, which seeks to establish a statutory right for healthcare providers to provide abortion care, and a corresponding right for their patients to receive that care, free from medically unnecessary restriction. We are also calling on them to repeal the racist Hyde Amendment, a 1980 legislative provision barring the use of federal funds to pay for abortion. We will also continue our work to bust abortion stigma by helping people talk about abortion openly and what access means to them.

What are the prospects of the ban being overturned?

It is deeply concerning that the Supreme Court did not block this law before even having a hearing. For nearly 50 years the Supreme Court has affirmed that the Constitution guarantees the right to an abortion, but in Texas we are now living under a different reality. Many people assume the Supreme Court is an objective legal body, but justices are appointed by presidents, and presidents have political agendas. The Supreme Court’s refusal to block SB8 from going into effect is simply more evidence of what we’ve known for years: the courts will not save us. It is necessary to pass federal legislation to secure unrestricted abortion access and funding for everyone in this country.

With that being said, we are grateful that the Department of Justice (DOJ) is taking legal action to fight SB8. The DOJ is requesting a temporary restraining order and preliminary injunction in a federal court based in Austin, capital of Texas. If granted, this restraining order would stop the State of Texas, including private parties who would bring suits under the law, from implementing or enforcing SB8. This is a necessary first step in what we expect will be a long court battle to stop this law. A restraining order should absolutely be granted because the law is clearly unconstitutional and because Texans need access to abortion care while the law makes its way through the court system.

What kind of support do abortion rights groups in the USA need from their peers around the world?

The best thing that folks outside of Texas can do for us is support us by contributing to Texas abortion funds and political advocacy organisations, and by uplifting our message. Also, look more closely at how abortion bans and stigma impact on your own community. Instead of boycotting Texas businesses, pass local ordinances that provide practical support funding for people in your region seeking abortions.