MIGRATION: ‘The spread of COVID-19 is no excuse to confront vulnerable people with more violence’

CIVICUS speaks with Maddalena Avon, project coordinator at the Centre for Peace Studies (CPS) about the situation of migrants and refugees in Europe under the pandemic and the ways in which civil society is responding to increasing border pushbacks from hostile European governments.

CPS is a civil society organisation (CSO) that promotes non-violence and social change through education, research, advocacy, campaigning and activism. Founded in 1996, it works in three areas: asylum, integration and human security; peace education and non-violence affirmation; and combating inequalities. CPS is an active member of the Border Violence Monitoring Network, an independent network of CSOs based mostly in the Balkans and Greece, monitoring human rights violations at the external borders of the European Union and advocating to stop the violence against people on the move. 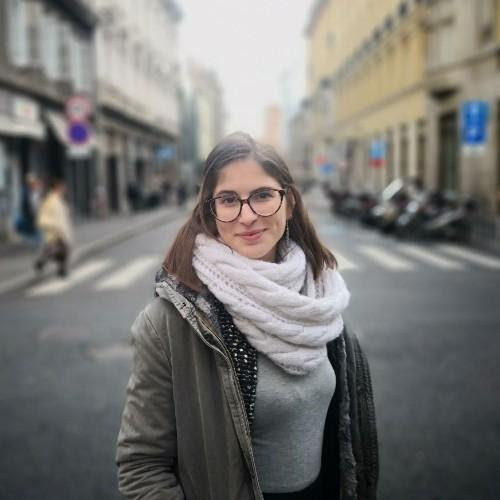 What have been the key trends in migration in Europe, and specifically in the Balkans, under the pandemic?

The landscape of asylum access has changed drastically since pandemic restrictions came into force. The Border Violence Monitoring Network (BVMN) had already reported on asylum as an eroded set of rights, but due process for international protection claims has been further challenged in recent months under the health emergency.

Firstly, persistent pushbacks from borders continue to deny people access to claim international protection, with states performing collective expulsion. Secondly, government decisions to pause or close asylum offices with no effective alternative or remedy have placed refugees and other migrants in an effective limbo and at risk of pushback. Accordingly, the development of COVID-19 measures has allowed countries such as Croatia, Greece and Hungary to further restrict internationally mandated access to protection.

In the midst of the escalating COVID-19 outbreak, the European Union (EU) launched its Joint Action Plan for Human Rights. However, the intention of this communication exhibits acute divergence from the reality on the ground. Most notably, violations of fundamental rights continue by EU member states and non-EU countries that have various EU agreements on migration, asylum and border security, alongside funded camp systems. Rather than assisting vulnerable communities in this precarious period, policy and guidance have allowed the strengthening of borders across a majority of member states to erode further the rights to asylum, due process and humane treatment.

According to a recent report by the BVMN, in March and April 2020 Slovenia saw a decrease in the number of irregular border crossings compared to the first two months of 2021 and the same period in 2019, and this was reflected in the much lower number of people detained at police stations due to irregular border crossings. The trend of collective expulsions to Croatia, however, remained consistently high. In early 2020, during the COVID-19 outbreak and subsequent restrictions, Slovenia continued to systematically deny asylum rights and used its readmission agreement with Croatia – which allows it to hand people over to the Croatian police if there is proof that they illegally crossed the border within the last 48 hours – to deport large numbers of people, although the readmission agreement does not apply if the person has asked for asylum or is a potential asylum seeker. It has continued to do so despite full knowledge of the high risk of torture and further illegal pushback to Bosnia and Herzegovina.

In Croatia, as elsewhere, the pandemic has changed many things, but some aspects, such as its pushback regime, have unfortunately stayed the same. The only difference is that these violent collective expulsions now attract less attention, as all eyes are on the pandemic and human rights monitors have not been allowed in the field due to health restrictions. Pushbacks and violence at borders have persisted: in one case out of the hundreds documented by the BVMN, a group including a severely injured person and a minor was beaten with batons by Croatian officers, who also burnt their clothes, and the group was pushed back into Bosnia and Herzegovina.

A relatively new development in pushback practices is the tagging of groups with orange spray paint, as reported by No Name Kitchen, a grassroots organisation and member of the BVMN that provides direct assistance to people on the move in border towns along the Balkan Route. Chain pushbacks from Slovenia via Croatia, with migrants being sent back the same way they came, have also continued.

Reports of increased brutality during pushbacks are worrying due to the increased autonomy that state authorities have gained under the pandemic. Pushbacks are illegal and the spread of COVID-19 is no excuse to confront vulnerable people with even more violence.

How are the CPS and the BVMN responding to these trends?

The value of the work done by the BVMN lies in the interconnection of a variety of methods: field work, including trustful contact with people in border areas, testimony collection and advocacy work with clear demands being presented to institutions to hold them accountable for certain actions. Legal work is also essential, when people who have survived human rights violations want to seek justice. Each of the BVMN’s partners has its own strength in one or more of these working methods, and our collective strength is to combine all of them with a comprehensive approach.

Within the network, CPS conducts research that feeds into our awareness-raising and advocacy efforts on access to the asylum system, protection of refugees’ human rights, illegal conduct of the police, the criminalisation of solidarity and integration, with a focus on employment and education.

On integration, two of our big successes has been the Danube Compass, a web tool including all information relevant to the integration of refugees and migrants into Croatian society, and our non-formal education programme for asylum seekers, Let’s Talk about Society, which introduces our new community members to Croatian society and institutions, informs them of their rights and encourages their active participation in society.

Within the network, CPS is a strong legal actor, as we have so far filed 12 criminal complaints against unknown perpetrators in police uniforms. Through strategic litigation, we prevented an extradition and succeeded in filing two lawsuits against the Republic of Croatia at the European Court of Human Rights. As a result of our advocacy, several EU and international institutions, including the United Nations Refugee Agency, started questioning and condemning the practices of the Croatian authorities.

As a consequence of our public exposure of illegal practices towards refugees, we experienced a lot of pressure, and were banned from entering and working in asylum centres. This made our work more difficult but has not compromised our autonomy.

Do you see any progress in holding Frontex, the European border agency, accountable for its failure to protect human rights?

Frontex has faced severe allegations of human rights violations coming from different actors and institutions, and civil society has come together around multiple campaigns and actions on the matter, including #DefundFrontex. Supported by 22 CSOs and networks, including the BVMN, this campaign calls for the agency to be defunded and its budget redirected towards building a government-led and funded European civil sea rescue programme.

The main challenge is that Frontex operates in a grey legal zone and is perceived to have no responsibility for its actions – responsibility always lies with the member state in which Frontex operates. The agency’s rules are made in a way that allows for it to be largely unaccountable. However, we are seeing small steps towards a change in that regard, for example with the active engagement of the European Ombudsman.

How can civil society put pressure on the EU so that its commitment to human rights extends to migrants and refugees, and how can it encourage member states to respect their rights?

One of the ways that BVMN members found to bring together multiple strengths and be louder on key demands is the building of transborder networks. We believe that the active involvement of civil society in each border area, country and village can make a real difference on the public’s influence. Being loud on the rights of refugees and migrants is extremely important. It’s also important to connect a variety of struggles that are highly interconnected and take place across borders, such as struggles on climate change and women’s rights.

CIVICUS speaks with Krzysztof Śmiszek, a member of the Polish Parliament and chair of the...