ECUADOR: ‘Women’s rights have experienced an emergency situation since well before the pandemic’

CIVICUS speaks with Virginia Gómez de la Torre, president of Fundación Desafío, about the progress made and the challenges remaining in the area of sexual and reproductive rights in Ecuador. Virginia tells us about the significance of the breakthrough that took place in April 2021, when abortion was decriminalised in cases of rape. Active since 2000, Fundación Desafío is a feminist coalition dedicated to the defence and promotion of women’s sexual and reproductive rights and the right to a life free of violence in Ecuador. 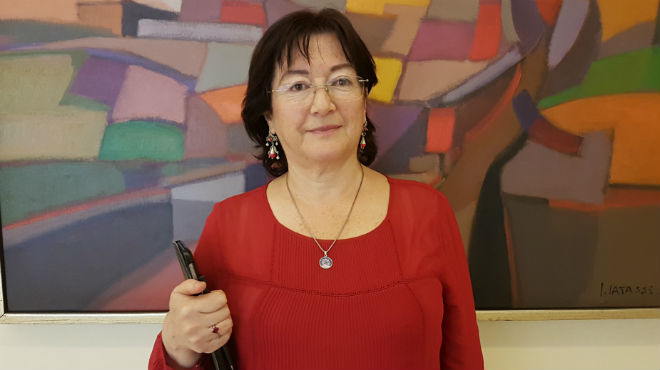 What are the challenges for women’s rights in Ecuador?

Women’s rights in Ecuador continue to be a challenge because in every area there are unresolved issues due to discrimination, exclusion and sexist violence. In terms of access to work and opportunities for economic and personal development, for example, women have suffered disproportionately from the pandemic and the slowdown in activity; the elimination of small businesses and the reduction of opportunities for informal sales hit them hardest, and it has been difficult for many to regain those spaces.

Inequalities affect women from different social groups in different ways. Ecuador has a large Indigenous population and there is a large female peasant force, but women do not own land. There is a lot of discrimination, and Indigenous and Afro-descendant people have much more difficulty accessing opportunities. Indigenous and Black peasant and internal migrant women are more vulnerable because they suffer the violence of a system that devalues Indigenous and peasant lives.

In Ecuador there is also a large presence of women in a situation of mobility, mostly young women of reproductive age. They arrive without papers and enter through unauthorised migratory passages, which exposes them to situations of trafficking, sexual exploitation and rape, as well as xenophobic violence. In this sense, women’s rights have experienced an emergency situation since well before the pandemic.

All these exclusions are accompanied by violence, and Ecuador has yet to develop a strategy to confront this violence. Although psychological violence remains the most prevalent, all forms of violence have increased. For instance, obstetric violence – that is, the actions or omissions by health personnel that violate women’s rights during pregnancy or childbirth – is extremely high, affecting 42 per cent of women, and is much more prevalent in rural areas and among certain ethnic groups. The state makes little effort and does not give priority to the issue of femicide; last year we had 118 cases. This year we have already had 131, including violent deaths of women related to gang or criminal vendettas. Violence against women is a very serious problem in Ecuador, and as long as it does not deal with it, the government will be noncompliant with the rights enshrined in the constitution.

The Ecuadorian state should issue protection and restraining orders and investigate femicides. It should also combat the violence that is present in all areas of daily life, and which manifests itself very strongly in the form of sexual violence, as well as other forms of violence such as political violence.

This is the context for sexual and reproductive rights. Only on 28 April 2021 was abortion decriminalised in cases of rape. The fact that is something so basic and so long fought for shows the extent to which the Ecuadorian state is tied to the interests of economic power groups that are strongly linked to religious power groups. Every year, between 2,000 and 3,000 girls become pregnant in Ecuador. In 2019 there were 4,000 under the age of 14, and under the pandemic there were about 3,000; according to the Criminal Code, these pregnancies are the result of rape.

What was the process that led to the legalisation of abortion in cases of rape?

Until April 2021, abortion was only permitted when a woman’s life or health was in danger or if the pregnancy was the result of rape of an intellectually disabled woman. In response to several unconstitutionality lawsuits filed by women’s rights organisations, the Constitutional Court of Ecuador decriminalised abortion for all cases of rape.

This has been a struggle of many years. Women’s rights organisations have been defending therapeutic abortion and abortion in cases of rape since 2008, when the new constitution was drafted and when anti-rights groups tried to repeal therapeutic abortion. They wanted to deprive Ecuadorian women of access to abortion under any circumstances.

Within this framework, the proposal to legalise abortion in cases of rape was brought forward in 2012, when a new Criminal Code was drafted. In 2013, then-President Rafael Correa – the most powerful of anti-rights activists – excluded this possibility. He threatened to resign and used the typical cliché that the constitution guarantees and protects life from the moment of conception.

In 2019, the issue of the decriminalisation of abortion in cases of rape was raised again as a result of a legislative initiative coming from the Public Defender’s Office. The National Women’s Coalition of Ecuador (CNME) and Fundación Desafío once again worked for decriminalisation in cases of rape. But at the last minute, during legislative negotiations, the issue was used as a bargaining chip, and we lost the vote. We had the 70 votes needed to pass a motion in the Assembly, but several Assembly members from parties that had pledged their support ultimately voted against it. We got 65 votes against 59 for the anti-rights side. We lost and the process took another course, that of the Constitutional Court.

Two months before the vote, Fundación Desafío and CNME had already filed a complaint of unconstitutionality and a complaint of non-compliance with the Constitutional Court, because women of this country have no confidence that the powerful will look after our interests. In December 2019 these two lawsuits were admitted and in November 2020 other women’s organisations joined in, as well as the Ombudsman’s Office.

Following the Constitutional Court’s ruling, the determination of time limits remains an immense challenge. We proposed that there should be no time limit, but some doctors and health professionals are already putting them into the bill, so this is something we are going to have to fight for in the Assembly.

What roles has Fundación Desafío played in the process?

In addition to filing the claims of unconstitutionality and non-compliance, we have played a leadership role in legislative lobbying. This work was in addition to the contribution of many other organisations that worked with the population, holding workshops, organising networks to accompany women undergoing abortions and opening up spaces that give women the possibility to decide, even if in a context of illegality.

In the legislative processes of 2013 and 2019 we did all kinds of things. We ran communication campaigns, we produced short videos with people who have great public visibility, we worked in networks and we presented our research. We played a day-to-day role in the Assembly’s Justice Committee, which worked on the two reports that were later passed on to the plenary. We channelled the presence of Human Rights Watch, which from a comparative law perspective urged the Assembly to move forward on legalisation, and of several women who gave their testimonies, including a woman who had been raped and another woman who worked in the area of violence against children. We also campaigned for the passage of the Health Code, which included several articles on sexual and reproductive rights. Following eight years of debates, the Health Code was passed by the Assembly in August 2020, but it was fully vetoed the following month by then-President Lenín Moreno.

Lastly, we supported the constitution of the Ecuadorian Faith Network, formed by progressive evangelical Christians. This group made public presentations and statements. The trade union movement and the Confederation of Indigenous Nationalities of Ecuador were also in favour of the process. All this documentation was submitted first to the Assembly and then to the Constitutional Court.

What impact do you think this legal change will have?

For those of us who have devoted our lives to this and will continue to do so, this change has a great symbolic impact, even though it is a small step. Obviously, the legalisation of abortion in cases of rape is something huge for raped girls, of whom there are many in Ecuador, and more generally for the women who can now end a pregnancy that is the result of a crime, if they choose to do so. And although no progress has been made in recognising the right of all women to decide about their own bodies in any circumstance, symbolically it is a huge step forward because it demystifies abortion and the possibility of making decisions about the course of a pregnancy in cases of rape. It is now legal to make decisions about the body of a pregnant woman who has been raped; the state has given its approval and for the first time has put the victim at the centre of the debate. So why shouldn’t women who have not been raped be able to make similar decisions about their bodies? I think these are the shifts that are implicitly taking place.

The next step in the very short term will be to also decriminalise abortion in cases of lethal foetal malformation. The scenario of total decriminalisation needs to be raised in the Assembly, as has happened in other countries. The Assembly may say no, but that is the way forward and someone needs to do it.

In the run-up to the 26th United Nations Climate Change Conference of the Parties (COP26), which...