HONDURAS: ‘The ruling of the Inter-American Court marks a before and after for LGBTQI+ people’

CIVICUS speaks with Indyra Mendoza, founder and general coordinator of Red Lésbica Cattrachas (Cattrachas Lesbian Network), a lesbian feminist organisation dedicated to defending the human rights of LGBTQI+ people in Honduras. In March 2021 the Inter-American Court of Human Rights (IACtHR) made a ruling in the case of Vicky Hernández. Vicky, a trans woman, and human rights defender, was murdered between the night of 28 June and the early morning of 29 June 2009, in the city of San Pedro Sula, Honduras, while a curfew was in force following a coup. Her killing came in a context of enormous discrimination and violence, including by the security forces, against LGBTQI+ people. 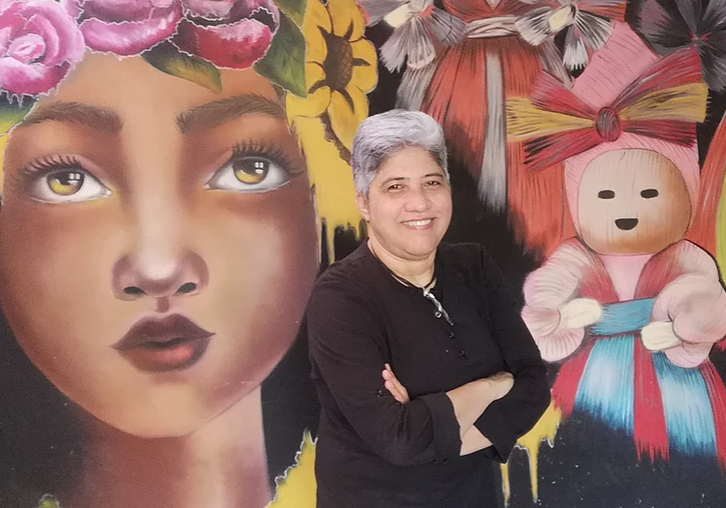 What was the process that resulted in the IACtHR ruling? What was the role of Cattrachas?

Cattrachas Lesbian Network’s Violence Observatory recorded Vicky’s case and immediately identified it as a potential strategic litigation case, as it was one of the first murders of an LGBTQI+ person following the coup d’état.

Even before the coup, Cattrachas had identified a pattern of non-lethal violence against transgender women by police officers. And while we had already recorded 20 violent deaths of LGBTQI+ people between 1998 and 2008, the killings of transgender women increased after the 2009 coup. The Observatory recorded a total of 15 violent deaths of transgender women, most of which occurred during curfews or states of exception decreed illegally by the government, when state security forces were in absolute control of the streets.

In Vicky’s case, Cattrachas learned that no autopsy had been performed, so we contacted her family and found out that very few investigative steps had been taken. On 23 December 2012, Cattrachas filed the initial petition for Vicky’s murder with the Inter-American Commission on Human Rights. Robert F. Kennedy Human Rights, a USA-based human rights organisation, later joined in. The Commission issued its merits report, which established that human rights violations had taken place, on 7 December 2018 and sent the case to the IACtHR on 30 April 2019. The public hearing was held on 11 and 12 November 2020.

Finally, on 26 March 2021, the IACtHR issued a ruling declaring the State of Honduras responsible for the violation of Vicky’s rights to life, personal integrity, equality and non-discrimination, recognition of legal personality, personal liberty, privacy, freedom of expression and name. It also ruled that the State of Honduras failed to comply with the obligation established in article 7.a of the Inter-American Convention on the Prevention, Punishment, and Eradication of Violence against Women, also known as the Convention of Belém Do Pará. Additionally, the IACtHR established that Vicky’s death was not investigated with due diligence, and therefore condemned Honduras for the violation of due process, judicial protection and the obligation established in article 7.b of the Convention. Finally, the Court declared that the right to personal integrity of Vicky’s relatives had also been violated. The ruling was notified on 28 June 2021, 12 years after the coup d’état and the transfemicide of Vicky Hernández.

The resolution of this case was exceptional. What was the reason for this exception?

Its resolution was exceptional because of the multiple intersectionalities of violence present in Vicky’s life. Vicky was a young Honduran transgender woman and human rights defender, a sex worker living with HIV, with limited economic resources, and at some point in her life, precarious employment had forced her to emigrate. Vicky’s is the first case of lethal violence against an LGBTQI+ person that occurred at the intersection of two relevant contexts: the 2009 coup d’état and the context of structural violence that LGBTQI+ people, and particularly transgender women, face in Honduras.

The case allowed the Court to reiterate standards on the right to gender identity, equality, and non-discrimination, and to insist that, in contexts of historical violence, subordination, and discrimination, in this case against transgender people, international commitments impose a reinforced responsibility on the state. Furthermore, through an evolutionary interpretation, the Court established that transgender women are women, and are therefore protected by the Convention of Belém Do Pará.

What is the significance of this ruling for LGBTQI+ people in Honduras?

The ruling in Vicky’s case marks a before and after, as it establishes guarantees of non-repetition that must be turned into public policy in favour of LGBTQI+ people.

The measures set by the ruling include the establishment of an educational scholarship for transgender persons, which will bear the name of Vicky Hernández, the implementation of education, awareness-raising and training plan for the Honduran security forces, the adoption of protocols for the diagnosis, data collection, monitoring and investigation of cases of violence against LGBTQI+ people, and the adoption of a procedure to recognise gender identity in identity papers and public records. This procedure should be guided by the standards of Advisory Opinion 24/17, which implies that it should not require any law, should be expeditious, should not require pathologising tests, should not require a historical record of changes, and should be, as far as possible, free of charge.

More than a decade after the murder of Vicky Hernández, what is the situation of LGBTQI+ people in Honduras?

LGBTQI+ people in Honduras face constitutional and legal limitations based on sexual orientation, gender expression and gender identity that prohibit us from accessing equal marriage as well as the recognition of marriage celebrated abroad, de facto union, adoption, intimate visits in prisons, change of name based on gender identity and blood donation. Specifically, in relation to changing names, the IACtHR ruling in Vicky’s case mandates the state to establish an adequate and effective procedure to recognise the identity of transgender people.

Honduras is the country with the highest rate of violent deaths of LGBTQI+ people in Latin America and the Caribbean. Since the transfemicide of Vicky, to date 388 LGBTQI+ people have been murdered in Honduras and one person is missing; 221 of those people are gay, 112 are transgender and 46 are lesbian. Only 83 cases have been prosecuted, resulting in 11 acquittals and 34 convictions, which reflects a 91 percent impunity rate.

In sum, LGBTQI+ people face not only major legal obstacles but also a very high level of lethal violence and lack of access to justice.

Civic space in Honduras is rated ‘repressed’ by the CIVICUS Monitor.