ZAMBIA: ‘Electoral practices seen so far do not indicate good lessons for the region’ 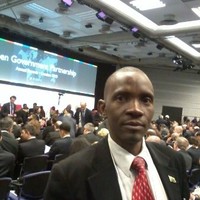 CIVICUS speaks to McDonald Chipenzi, Executive Director of the Governance, Elections, Advocacy, Research Services (GEARS) Initiative and Chair of the NGO Council in Zambia, about the state of civic space ahead of the crucial general election being held on 12 August 2021.

What is the state of civic space and media freedoms ahead of the elections?

The civic and media space in Zambia remains fragile and has been shrinking due to legal restrictions. This has now been compounded by the outbreak of the COVID-19 pandemic and newly crafted rules and guidelines that have heightened restrictions on citizens’ freedom of movement and freedoms of association, peaceful assembly and expression. This has led to ineffective citizens’ participation in national affairs.

COVID-19 rules and guidelines have compounded the already delicate and restricted state of the civic, media and political space in Zambia. These restrictions are the result of the selective application of archaic legislation such as the Public Order Act of 1955 and newly enacted laws such as the Cyber Security and Cyber Crimes Act of 2021, which is aimed at intercepting, monitoring and interfering with citizens’ conversations, correspondence and communications, even without a court order or warrant. This new law, viewed as aimed at shrinking virtual civic space, has instilled fear in citizens, deterring them from effectively engaging online. As a result, many have opted to remain silent or opted out of online platforms such as WhatsApp and Facebook.

The media space also remains intimidated, harassed and cowed as a result of restrictive laws and the actions of ruling elites. The closure of Prime TV, a private television station, in March 2021, sent a chilling wave through the media community. Most of them now fear hosting critical voices and opposition leaders. They fear losing government advertising and other business opportunities. Those associated with the powers that be also distance themselves from those media houses giving platforms to critical voices.

What are the main concerns of civil society in the lead up to the elections?

Civil society’s main concern is the security of all stakeholders, as the police are not committed to providing security to all. The police have been reluctant to deal with the violence perpetuated by ruling party elites and have even been instrumental in it. The fear is that on election day, when some parties feel that they are losing in some polling stations, they may engage in disruptive activities to push for a re-vote, which may give them advantages. Another concern is the possibility of a shutdown of internet, mobile services and social media, especially after the vote, to try to black out results.

A third concern is the COVID-19 pandemic, which was seen to have the potential to be spread by political parties had they held rallies. According to the Ministry of Health and the Electoral Commission of Zambia (ECZ), rallies were seen as potential superspreading events for COVID-19, and therefore they recommended a ban. This mostly affected the opposition while ruling party officials were busy campaigning in the name of launching and inspecting developmental projects.

Note that ECZ constituted a task force on COVID-19 to develop guidelines that was dominated by government institutions. Out of 14 institutions represented, nine were in government with only three spaces for the media, and two for civil society organisations in gender and water and sanitation. To prevent violence and keep violence under control if it happens, civil society is engaging with the police, encouraging them to be more professional and ethical, and with political parties to provide leadership to their cadres.

Regarding the possibility of a media and internet shutdown, civil society organisations have sent petitions to the President of the Republic to refrain from shutting down the internet or social media during and after the elections. For the purpose of this election, the GEARS Initiative developed what it termed as the “Ing’ombe Ilede strategy” to allow for the collection of election results in an event of an internet shutdown. A common place has been designated for constituency and provincial coordinators involved in the election to share their documents without needing to meet with each other. This strategy is borrowed from the old trade tactics at a place called Ing’ombe Ilede in the Gwembe Valley of Southern Province in Zambia. We feel this strategy will help navigate the possible internet shutdown, which the government has already signalled.

How is polarisation increasing ahead of the election, and what are the election’s likely impacts on social and political division?

The election has polarised the country as politicians from the ruling party are now using regionalism and tribalism to win votes from their perceived strongholds. The impact of this will be deep divisions after elections, especially if the ruling party now wins the elections as it will marginalise those they feel did not support them during the elections. Already, the groups or regions perceived as strongholds for the biggest opposition party have been marginalised and discriminated against in terms of development and economic opportunities, including political positions in government.

Employment and trading opportunities are also a preserve of those perceived to support the ruling party. Markets and bus stations are all in hands of ruling party supporters and not the councils. This has shrunk the civic space for many citizens who survive through trading in markets and bus stations as it has led to them adopting what they have termed the ‘watermelon strategy’, symbolic of a watermelon fruit which is green on the outside (the colour of the ruling party) and red on the inside (the colour of the opposition) in order to survive at these markets, bus stops, stations and taxi ranks. This situation may be escalated should the ruling party retain power.

What is the state of the economy and how will this influence the choices of voters?

The state of the Zambian economy is not pleasing but biting to many ordinary people. The local currency, the kwacha, has continued to depreciate against major convertible currencies. The cost of living has quadrupled and the cost of essential commodities is skyrocketing. The poor are barely managing to live while the ruling political elites are sleeping on top of money due to excessive corruption and abuse of state resources in the absence of controls and accountability. The poor eat in order to live rather than live in order to eat. This will have effect in the peri-urban areas of major cities like Lusaka and the Copperbelt towns.

The rural population, on the other hand, may not be as badly affected by the state of the economy as most of them had harvested good crops during the past rainy seasons and further benefited from a scheme involving social cash transfers targeted at older and vulnerable people, which has now been converted into a campaign tool. In addition, rural voters tend to be conservative and vote for the traditional political parties preferred by their forefathers.

Zambia has been known as a bastion of democracy in the region. What impact will this election have on democracy both in Zambia and the region?

This election is key to the unfolding of a unique trend in the region on how elections can and will be handled. If it is handled very poorly and it results in chaos, it has potential to influence the region in a negative way, as the leaders of most Southern African Development Community (SADC) countries tend to copy from each other. This being one of the few elections held in the region during the COVID-19 pandemic after Malawi’s landmark election, Zambia has an opportunity to show the region that it remains the bastion of democracy in SADC.

However, the practices seen so far do not indicate good lessons for the region. For instance, the cancellation of rallies and other campaign activities, mainly targeted against the opposition while the ruling party and public officials continue to run their campaigns, is a very bad lesson for democracy, fair competition and credible elections. The selective application of the electoral code of conduct by the electoral manager is also a very bad example for the region. Therefore, the region will have to cherry-pick the good lessons from the bad ones. However, most electoral institutions and political leaders are more inclined to cherry-pick the bad lessons and leave the good ones aside, since bad electoral practices benefit incumbents.

Regional and global civil society have a larger role to play to ensure that peace prevails in Zambia and targeted intimidation and harassment of the civil society movement does not occur after elections. There is a need to keep a watchful eye over the post-election events, especially regarding manoeuvres to shrink civic space. With the election a few days away, on 9 August the Permanent Secretary of the Ministry of Information and Broadcasting, Amos Malupenga, issued a statement warning citizens that the government might shut down the internet ahead of the election, a direct threat to the enjoyment of citizens’ online freedoms of association, peaceful assembly and expression during and after the elections.

The army and other defence forces besides the police have been deployed on the streets around the country on pretext of quelling any possible political and electoral violence, which can potentially be abused and undermine physical civic space. Therefore, physical and online civic and political space will constantly be under threat from the establishment during and after the elections, as it has been before.

Civil society and critical media outlets are potential targets of post-election intimidation and harassment, hence the need for global and regional civil society to support civil society in Zambia with strategies to counter the reprisals that may be imposed on them by the state machinery after the elections. If the current government wins, its categorisation, marginalisation and discrimination of civil society organisations according to their real or perceived party affiliation will get worse after the elections.

There will be need for solidarity strategies and legal funds to help those who may be incriminated and litigated against using archaic laws. There is need to continue challenging the existence of the Cyber Security and Cyber Crimes Law, the Public Order Act and the NGO Act. To this end, regional and global civil society needs to support, defend, promote and protect the civic and media space in Zambia before, during and after the elections.

Civic space in Zambia is rated as ‘obstructed’ by the CIVICUS Monitor.