MALAYSIA: ‘The government should have assisted refugees under the pandemic’ 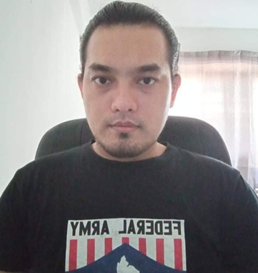 CIVICUS speaks to Htoon Htoon Oo, a refugee and activist from Myanmar, currently based in Malaysia. In 2007, he was a chemistry student in East Yangon University and an activist who took part in what was described as the Saffron Revolution, a series of protests unleashed by a hike in fuel prices, which were harshly repressed. He was also active during Myanmar’s transition from a military dictatorship to a quasi-civilian government in 2010.

Aware of being under state surveillance and fearing that his family members and loved ones would experience reprisals and harassment due to his activism, he fled Myanmar in 2011 and has lived as a refugee in Malaysia ever since.

What is the situation of refugees in Malaysia?

The life of Myanmar refugees in Malaysia continues to be difficult, as it involves various struggles and suffering. We often feel helpless, hopeless, and unprotected. As of May 2021, there were an estimated 179,570 refugees and asylum seekers registered with the United Nations High Commission for Refugees (UNHCR) in Malaysia. The majority – a total of 154,840 – were from Myanmar, including 102,950 Rohingya people, 22,490 ethnic Chins, and 29,400 from other ethnic groups fleeing persecution or conflict-affected areas.

Malaysia has not yet ratified the 1951 Convention Relating to the Status of Refugees. The absence of a legal framework for recognising refugees and asylum seekers has created problematic and exploitative conditions for refugees and asylum seekers because we lack formal rights to work, we do not have legal status, we do not benefit from any legal protection and we continue to remain at risk of arrest, detention, and refoulement.

We also have limited civic freedoms. Although there are many different organisations of refugees from various backgrounds, when it comes to expressing our concerns and organising our struggles, the reality is that we are not able to do it freely. There is common fear among refugees regarding the consequences of speaking up about our struggle, expressing our concerns, and claiming our rights.

For example, under the Peaceful Assembly Act, Section 4(a), the right to assemble peacefully is reserved exclusively for Malaysian citizens. Moreover, there are many laws in Malaysia that create a chilling effect for refugees who want to speak up, such as the Immigration Act, which criminalises undocumented migrants as well as refugees, given that we are not recognised by law. The Immigration Act also exposes refugees to severe forms of punishment, such as caning. The lack of recognition of refugees and asylum seekers in Malaysia exposes us to arrest, imprisonment, and various abuses.

What additional challenges have refugees faced under the pandemic?

Since the COVID-19 pandemic broke out in Malaysia in March 2020, refugees have faced several issues and struggles. The lockdown, known as the Movement Control Order (MCO), which was applied to the whole nation, has had a huge impact on refugees.

Refugees cannot work under Malaysian law, but some do seek informal work to survive. Under the pandemic, we have seen cases of employers forcing refugees to work for salaries below the normal wage or to take unpaid leave or resign just because of their refugee status. Many refugees lost their jobs due to the pandemic. There is nothing to protect us from these abuses.

We also fear for our safety during the pandemic because there have been several cases of refugees being targeted by the police and immigration officers due to a lack of clear policies and awareness among law enforcement officials on what a refugee is. Some refugees were fined by the police, and some were even detained at police stations for several days.

Some people also label us as illegal immigrants even if we hold complete and authentic UNHCR refugee cards or documents.

Most of the refugees who face these struggles are also dealing with depression and are mentally exhausted through thinking of ways just to survive and remain safe.

Have refugees received any support from the Malaysian government or the UNHCR during the pandemic?

Refugees have received no support from the Malaysian government; rather we experienced more raids and increasing restrictions. This is the opposite of what should have happened: they should have provided us with access to information on COVID-19 treatment and testing and there should have been other support programmes for refugees during the pandemic.

Instead, in May 2020, Malaysia’s immigration department and police force carried out immigration raids in Kuala Lumpur. While those registered with the UNHCR were largely spared arrest, unregistered asylum seekers were swept up along with undocumented migrant workers. Some were also stuck in areas under strict lockdown surrounded by barbed wire, with residents forbidden from leaving their homes, which made it very difficult. Many of us have not recovered from this.

There has also been a wave of online hate speech towards refugees, and particularly towards Rohingya people, during the pandemic, accompanied by government announcements and policies that are hostile towards migrants and refugees.

The UNHCR sent direct messages to refugees whose documents expired informing them that they would remain valid until the UNHCR could resume its normal operations, which were disrupted by the pandemic. This, however, made no difference to law enforcement, and many people have been fined and arrested.

What is the status of refugees regarding access to the COVID-19 vaccine?

The Malaysian government has encouraged refugees to come forward to register for vaccination but has not provided clear information, and the existing systems are not accessible for refugees.

For example, there is a requirement for specific documents to register for vaccines. The system requires refugees and asylum seekers to input an ID card or passport number, two documents that we do not have access to.

The system should be more inclusive of all persons living in Malaysia, including refugees, asylum seekers, and undocumented migrants because vaccinations should be the first barrier against the creation of COVID-19 clusters. Arresting us will only make things worse because fatal clusters are known to have been formed in detention centres. The criminalisation of immigration is at the root of this problem.

What are the demands of refugee communities towards the Malaysian government and the international community?

We would like the Malaysian government to raise public awareness on the status of refugees as refugees, rather than as illegal immigrants, ‘risk’ groups or criminals. There has been a negative perception of refugees as only benefiting from society and not contributing to it, which is false.

In reality, we want to contribute to Malaysia in every way that we can. We urge the Malaysian government to give refugees legal access to work and to acknowledge their legal status. We are currently unable to find formal work, and lack of recognition exposes us to exploitation. We hope the government will raise awareness of the true reasons why refugees are here.

I hope that the government can work hand in hand with the UNHCR and civil society to settle refugee issues in more appropriate and effective ways and not deport any Myanmar detainees back to Myanmar, which is currently under a military regime. Instead, we should find solutions such as a resettlement programme. There should also be clear policies and information on vaccines accessible to all refugees.

Civic space in Malaysia is rated as ‘obstructed’ by the CIVICUS Monitor.