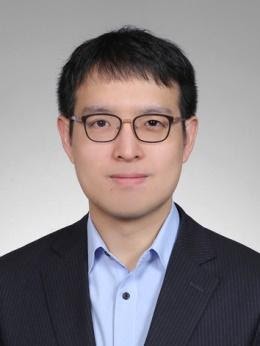 Can you tell us about the work being done by South Korean civil society groups about the human rights situation in North Korea?

There is a rather broad range of CSOs working on North Korean human rights issues. TJWG has been working to prepare the ground for transitional justice in North Korea, in line with its core mission of human rights documentation.

TJWG’s flagship project has resulted in a series of reports mapping public executions in North Korea, based on interviews with escapees living in South Korea. We record the geospatial information of killing sites, burial sites and record storage places, including courts and security service facilities, by asking our interviewees to spot the locations on Google Earth. The report’s first edition was released in July 2017 and was based on 375 interviews, and its second edition was launched in June 2019 after conducting 610 interviews.

We are also currently in the process of creating an online database of abductions and enforced disappearances in and by North Korea, called FOOTPRINTS. This uses Uwazi, a free, open-source solution for organising, analysing and publishing documents, developed by HURIDOCS, a CSO. When launched to the public, FOOTPRINTS will provide an easily accessible and searchable platform to track individuals taken and lost in North Korea.

Other than documentation and reporting work, we have been active in international and domestic advocacy. Jointly with other human rights CSOs, TJWG drafted and submitted an open letter urging the European Union to strengthen the language and recommendations in the annual human rights resolutions adopted by the United Nations’ (UN) General Assembly and Human Rights Council on North Korea. We have also made case submissions to the UN Working Group on Arbitrary Detention, the UN Working Group on Enforced or Involuntary Disappearances and other UN human rights experts.

In July 2020, the South Korean government revoked the registration of two CSOs and issued a notice of administrative review and inspections of ‘defector-run’ groups working on human rights in North Korea. Why are these groups being targeted?

The direct catalyst was the June 2020 provocations by North Korea. On 4 June, Kim Yo-Jong, sister of supreme leader Kim Jong-Un and the first vice department director of the Workers’ Party of Korea’s Central Committee, criticised the ‘anti-DPRK [Democratic People's Republic of Korea] leaflets’ flown to North Korea by ‘North Korean escapees’ and threatened the cessation of Mount Kumgang tourism, the complete demolition of the Kaesong industrial region, the closure of the inter-Korean liaison office, or the termination of the 9/19 military agreement (the 2018 agreement to create demilitarised buffer zones) unless the South Korean authorities took ‘due measures’.

Just four hours after Kim Yo-Jong’s early morning bombshell, the South Korean Ministry of Unification (MOU) announced that it would prepare legislation banning the distribution of leaflets to North Korea. This was a complete reversal of the government’s longstanding position, which consistently avoided such legislation for fear of infringing upon the freedom of expression.

On 10 June 2020, the MOU announced that it would file criminal charges against Park Sang-Hak and Park Jung-Oh, two defectors from North Korea, for violating article 13 of the Inter-Korean Exchange and Cooperation Act, which requires prior approval of any inter-Korean exchange of goods, and would revoke the incorporation of their organisations, Fighters For Free North Korea (FFNK) and KuenSaem, for sending leaflets in air balloons and rice-filled PET bottles on sea currents to North Korea, as they did on 31 May 2020.

On 29 June 2020 the MOU held a hearing and on 17 July it announced the revocation of the legal incorporation of FFNK and KuenSaem for contravening incorporation conditions by grossly impeding the government’s reunification policy, dispersing leaflets and items to North Korea beyond the stated goals of their incorporation and fomenting tension in the Korean peninsula under article 38 of the Civil Code, a relic from the authoritarian era.

The MOU also launched ‘business inspections’ of other North Korean human rights and escapee settlement support groups among the over 400 associations incorporated by MOU’s permission, possibly with a view to revoking their incorporation. On 15 July 2020, the Association of North Korean Defectors received a notice from the MOU that it would be inspected for the first time since its incorporation in 2010. The following day, MOU authorities informed journalists that they would first conduct business inspections on 25 incorporated North Korean human rights and escapee settlement support groups, 13 of them headed by North Korean defectors, with more to be inspected in the future. While acknowledging that the leaflet issue triggered the inspections, the MOU added that the business inspections would not be limited to those involved in the leaflet campaign.

How many groups have been reviewed or inspected after the announcements were made?

Because of the international and domestic uproar caused by the obviously discriminatory nature of the inspections targeting North Korean human rights and escapee groups, the MOU has somewhat toned down its approach, and has belatedly begun to argue that it is focusing on all CSOs registered under the MOU.

On 6 October 2020, the MOU told reporters that it had decided to inspect 109 out of 433 CSOs for failing to submit annual reports or for submitting insufficient documentation. According to the information provided, 13 of the 109 groups to be inspected are headed by North Korean escapees; 22 (16 working on North Korean human rights and escapee settlement, five working in the social and cultural fields and one working in the field of unification policy) have already been inspected and none has revealed any serious grounds for revocation of registration; and the MOU intends to complete the inspection for the remaining 87 CSOs by the end of 2020.

In any case, the government appears to have already succeeded in its goal of sending a clear signal to North Korea that it is ready to accommodate its demands in return for closer ties, even if it means sacrificing some fundamental principles of liberal democracy. The government has also sent a clear signal to North Korean human rights and escapee groups with the intended chilling effect.

How has civil society responded to these moves by the government?

Civil society in South Korea is unfortunately as polarised as the country’s politics. The ruling progressives view the conservatives as illegitimate heirs to the collaborators of Japanese colonial rule between 1910 and 1945, and post-independence authoritarian rule up to 1987. The previous progressive president, Roh Moo-Hyun, who served from 2003 to 2008, killed himself in 2009 during a corruption probe, widely seen as politically motivated, under his conservative successor. The incumbent Moon Jae-In was elected president in 2017, riding a wave of public disgust at his right-wing predecessor’s impeachment for corruption and abuse of power.

Most CSOs are dominated by progressives who are politically aligned with the current Moon government. The progressives are relatively supportive of the human rights agenda but are generally silent when it comes to North Korean human rights because of their attachment to inter-Korean rapprochement. The same people who talk loudly about Japanese ‘comfort women’ – women forced into sexual slavery by Imperial Japan before and during the Second World War – or authoritarian-era outrages readily gloss over present North Korean atrocities in the name of national reconciliation.

Most North Korean human rights groups are formed around North Korean escapees and the Christian churches of the political right that passionately characterise leftists as North Korean stooges. Many are also generally hostile to contemporary human rights issues such as LGBTQI+ rights, which is rather ironic as Australian judge Michael Kirby, the principal author of the 2014 UN report that authoritatively condemned the grave human rights violations in North Korea as crimes against humanity, is gay.

The largely progressive mainstream CSOs have not been on the receiving end of persecution by the government led by President Moon; on the contrary, prominent civil society figures have even been appointed or elected to various offices or given generous grants. Some do privately express their dismay and concern at the government’s illiberal tendencies, but few are ready to publicly raise the issue because of the deep political polarisation.

Is the space for civil society – structured by the freedoms of association, peaceful assembly and expression – becoming more restrictive in South Korea under the current administration?

The Moon government has displayed worryingly illiberal tendencies in its handling of groups that it views as standing in its way, such as North Korean human rights and escapee groups, who have faced increasing pressure to stay silent and cease their advocacy.

President Moon has reopened a dialogue with the North Korean government to establish peaceful relations, neutralise the North’s nuclear threat and pave the way for family reunification, along with other estimable goals.

However, along with US President Donald Trump, President Moon has employed a diplomatic strategy that downplays human rights concerns. Notably, neither the 2018 Panmunjom Declaration between North and South Korea nor the Joint Statement issued after the 2018 Trump-Kim summit in Singapore make any mention of the North’s egregious human rights abuses.

In the weeks before President Moon met North Korean leader Kim in Panmunjom, there were reports that North Korean defector-activists were being prevented from carrying out their activism. In October 2018, South Korea acquiesced to North Korea’s demand to exclude a defector journalist from covering a meeting in North Korea. On 7 July 2019, there was an extraordinary rendition of two defectors, fishers who were allegedly fugitive murderers, to North Korea five days after their arrival without any semblance of due process.

The Moon government has resorted to illiberal tactics on other perceived opponents as well. A man who put up a poster mocking President Moon as ‘Xi Jinping’s loyal dog’ (referring to the Chinese president) at the campus of Dankook University on 24 November 2019 was prosecuted and fined by court on 23 June 2020 for ‘intruding in a building’ under article 319 (1) of the Penal Code, even though the university authorities made clear that they did not wish to press charges against him for exercising his freedom of expression. Many criticised the criminal prosecution and conviction as a throwback to the old military days.

The government has also moved to exercise ever more control over state prosecutors. The Minister of Justice, Choo Mi-ae, has attacked prosecutors who dared to investigate charges of corruption and abuse of power against the government, claiming a conspiracy to undermine President Moon.

Another worrying trend is the populist tactic by ruling party politicians, notably lawmaker Lee Jae-jung, of using the internet to whip up supporters to engage in cyberbullying against reporters.

What can the international community do to support the groups being targeted?

In April 2020 the ruling party won the parliamentary elections by a landslide, taking 180 of 300 seats, thanks to its relative success in containing the COVID-19 pandemic. The opposition is in disarray. All this has emboldened rather than humbled the government, and its illiberal tendencies are likely to continue. Due to the severe political polarisation, ruling party politicians and their supporters are not likely to pay much heed to domestic criticism.

Furthermore, South Korea will soon be submitting its fifth periodic report to the UN Human Rights Committee in accordance with the list of issues prior to reporting (LOIPR). Because North Korea-related issues and concerns are not included in the LOIPR, it would be extremely helpful if international CSOs joined forces to include them in the oral discussion with the members of the Human Rights Committee and in their concluding observations.

Even progressives may support a reform of the outdated law on CSO registration, for instance, as a matter of self-interest, if not of principle, in case of change of government.