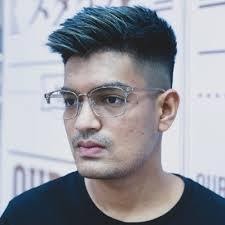 CIVICUS speaks to award-winning journalist Cape Diamond (Pyae Sone Win) about the upcoming elections in Myanmar. Cape is a multimedia journalist based in Myanmar, covering issues of human rights, crisis and conflict. Currently freelancing for the Associated Press (AP), he has provided critical coverage during the Rohingya crisis and contributed to numerous international outlets, including Al Jazeera, ABC News and CBS. He also contributed to the BAFTA Award-winning documentary Myanmar’s Killing Fields and New York Film Festival gold medal award-winner The Rohingya Exodus.

Scheduled on 8 November 2020, the election will be Myanmar’s first since 2015, which resulted in a landslide victory for the National League for Democracy (NLD), and only the second competitive election since 1990, when the military annulled the NLD’s overwhelming victory.

What is the situation for civic freedoms and civil society ahead of the elections?

The situation for the freedom of speech is very concerning. Over the years, journalists and rights activists in Myanmar have been criminally charged for their work. Restrictive laws, including the Telecommunications Law, the Unlawful Associations Act, the Official Secrets Act and defamation provisions in the Penal Code, continue to be used to prosecute activists and journalists. The Peaceful Assembly and Procession Law has been used against those protesting.

Many political parties have raised complaints that the Union Election Commission (UEC), the electoral body, has censored the messages that are set for broadcast on national TV ahead of the elections. For example, Ko Ko Gyi, chairman of the People's Party, said that the edits that the UEC made to his election campaign speech prevent him from airing the party's full political stance ahead of the elections. Two parties – the Democratic Party for a New Society and the National Democratic Force – cancelled their election broadcasts in protest against censorship.

At the same time, critics say that the electoral body is biased in favour of the ruling party, the NLD led by Aung San Suu Kyi. It’s something that we should keep our eyes on and speak out about to ensure credible elections.

Has the electoral body engaged with civil society?

I’ve been hearing that the current UEC is not that actively engaging with civil society. They initially barred the People’s Alliance for Credible Elections (PACE), one of the largest election monitoring groups in the country, from monitoring the election. The UEC accused PACE of not being registered under the law that applies to civil society organisations and of receiving funding from international sources. Even though the UEC subsequently allowed PACE to operate, the organisation is struggling to proceed due to the newly imposed COVID-19 restrictions.

What are the main issues the campaign will revolve around?

The COVID-19 pandemic and the ongoing civil war across the country are the main issues for us at the moment. It’s very clear that the ruling party and the government are not paying enough attention to the situation of minorities in regions experiencing civil war.

It’s worrying that the country is undergoing a pandemic, which I believe it does not have enough capacity to handle. As of 29 September 2020, we have had a total of 11,000 reported cases and 284 deaths due to COVID-19. A surge of infections over the last few weeks has been worrying, as we only had around 400 confirmed cases in August. I am concerned about whether the environment will be safe for people to go out and vote on the election days.

More than 20 political parties have sent requests to the electoral body to postpone the elections due to the pandemic, but they were rejected. The ruling party is not willing to have the elections postponed.

Will it be possible to have a ‘normal’ campaign in this context?

I don’t think it’s possible to have normal campaign rallies such as those of the previous election in 2015, because we are in a pandemic. The government has taken several measures to combat the spread of the disease, including orders against gatherings of people. Political parties are not allowed to organise their campaigns in semi-lockdown areas.

Major cities like Yangon and the Yangon Region, as well as some townships in Mandalay, are under semi-lockdown, which the government calls the Stay-At-Home programme. At the same time, the whole of Rakhine State, which is experiencing civil war, is also on semi-lockdown. I am afraid people in the civil war zone will not be able to go out and vote.

Candidates are using both mainstream and social media to reach their audiences. However, as noted earlier, some opposition parties have been censored by the UEC. Some opposition members have denounced unfair treatment by the UEC and the government, while the ruling party is using its power to expand its popularity. This will clearly harm the electoral chances of the opposition.

What specific challenges do candidates face in Rakhine State?

As the whole of Rakhine State is under COVID-19 restrictions, candidates are not able to campaign in person. Therefore, they are mostly campaigning on social media. At the same time, a long internet shutdown has been in place in many townships in Rakhine State, imposed due to ongoing fighting between the Arakan Army and the military. I am concerned about whether people will be able to get enough information around the elections.

The Myanmar government is also using the discriminatory 1982 Citizenship Law and the Election Law to disenfranchise Rohingya people and block them from running for political office. Election officials barred Kyaw Min, head of the Rohingya-led Democracy and Human Rights Party (DHRP), from running. He was disqualified along with two other DHRP candidates because their parents were allegedly not citizens, as required by election law. This is one of the various tools used to oppress the Rohingya population.

In October, the UEC released a smartphone app that was criticised over its use of a derogatory label for Rohingya Muslims. The mVoter2020 app, aimed at improving voter awareness, labels at least two candidates from the Rohingya ethnic group as ‘Bengali’, a term that implies they are immigrants from Bangladesh, although most have lived in Myanmar for generations. This label is rejected by many Rohingya people. Additionally, none of the one million Rohingya refugees in Bangladesh and another several hundred thousand dispersed in other countries will be allowed to vote.