BURUNDI: ‘The election of new leaders is not synonymous with democracy’

CIVICUS speaks about the recent elections in Burundi with a civil society activist who asked to remain anonymous for security reasons.

Presidential, parliamentary and municipal elections were held in Burundi on 20 May 2020, in the context of the COVID-19 pandemic. In March, two months before the elections, the United Nations (UN) Commission of Inquiry on Burundi launched an appeal to the international community, including the UN Security Council and regional institutions, to join forces to encourage the government of Burundi to reopen democratic, civil and political space. On the day of the elections, the president of the Commission of Inquiry stated that the conditions to perform credible and free elections were not met. As reported by the CIVICUS Monitor, opposition members faced death threats and physical attacks, as well as administrative hurdles, as several candidacy applications were rejected. The leader of an opposition party was murdered and other candidates were arrested on bogus charges. Independent reporting was systematically impeded through the arrest of journalists and the blockage of social media platforms. 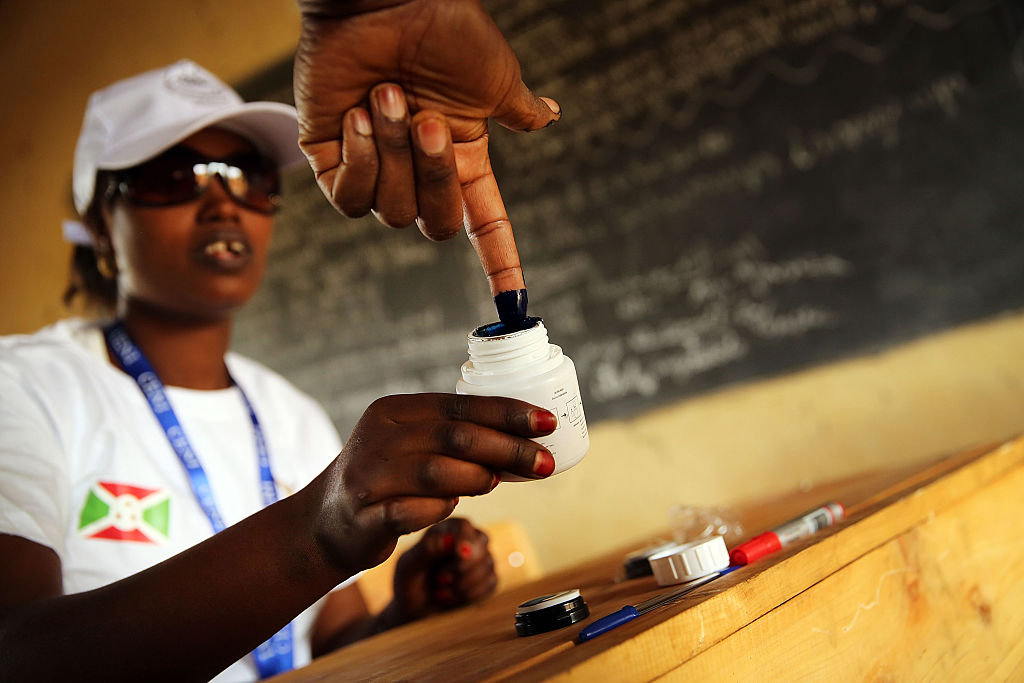 Has the government of Burundi’s response to the COVID-19 pandemic further restricted the space for civil society?

Civic space in Burundi has been closed since April 2015, due to the political unrest caused by the decision of former President Pierre Nkurunziza, recently deceased, to run for a controversial third term. This led to widespread violence that left at least 1,200 people dead and forced 400,000 to flee the country. Surprisingly, in March 2020, as the COVID-19 pandemic was spreading in almost all African countries, the Burundian authorities opened space for political campaigns to be held ahead of the May presidential, parliamentary and municipal elections. But one can conclude that civic space is still closed in terms of being able to express any open criticism about how the country is politically run, including criticism regarding the way the government handled the pandemic during the electoral period.

What were the views of civil society about holding elections during the pandemic?

The decision of the Burundian authorities to allow election campaigns to proceed during a period in which many other African countries were taking measures of confinement to stop the spread of COVID-19 was viewed as denial of the reality of the pandemic to save the political interests of the ruling party, the CNDD-FDD (National Council for the Defence of Democracy-Forces for the Defence of Democracy), to the detriment of the public’s health.

Despite fears of mass COVID-19 contamination, the elections were rushed, at least in part, due to the opportunity to hold an electoral process in the absence of a sizeable number of independent and international observers who could denounce any irregularities. By doing so, given that the National Independent Electoral Commission was mostly composed of members of the ruling party, the government ensured that it could manipulate the election results as much as it wanted.

Was the outcome of the election accepted by majority of Burundians?

On 20 May 2020, CNDD-FDD candidate Évariste Ndayishimiye was elected president with 71 per cent of the vote. The ruling party also won 72 of the 100 seats at stake in the National Assembly.

As soon as the Electoral Commission announced the results, opposition parties such as the National Council for Liberation, which came a distant second, stated in foreign media that the official numbers were not credible and were the result of massive fraud. The truth is that the elections were held in a context of continuing repression of the political opposition, independent media and civil society. No international observers were present because the government had warned that due to the pandemic they would have to be quarantined for 14 days after their arrival.

Low-key criticisms were made by others, including the Catholic Church, regarding incidents that marked the election processes. Others whispered, as it’s not easy to make open criticisms, that election results were rigged. But that was it. Powerful members of the international community such as the governments of Belgium and the USA were fast to congratulate the elected president, and the East African Community congratulated Burundi for holding a “peaceful and successful” election.

In my personal view, the outcomes of the elections were eventually accepted because many feared that bloodshed could follow if an open rejection of the election results by the opposition was followed by street protests.

How likely is that the elections result will lead to an improvement of democracy and civic space?

Some pretend to believe that the election of new leaders is synonymous with democracy. The outcome of the May 2020 elections helped Burundi change the faces of top leaders and show that the dictator who ruled us for 15 years is no longer leading the country. However, the human rights violations that took place during the electoral campaign, the appointment of officials under European or US economic sanctions for the human rights abuses they had committed and the political rhetoric describing some countries and their leaders as colonialists all show that democracy in Burundi still has a long way to go.

However, some measures to fight against corruption and others abuses that President Ndayishimiye has taken since assuming office have allowed us to believe that the impunity that some local authorities enjoyed during Nkurunziza’s administration might come to an end.

Many had argued that the plan was for former President Nkurunziza to remain the power behind the scenes. Have prospects changed as a result of his death?

Former President Nkurunziza died unexpectedly in June, before his successor had even been inaugurated. As a new president had already been elected, the Constitutional Court decided that he should be sworn in two months early.

Many believed that Nkurunziza’s passing would allow President Ndayishimiye to rule with total independence, and his inaugural speech seemed to confirm it, as he vowed to enter into dialogue with anyone, on any issue. It is too soon to say whether the fact that Nkurunziza is out of the equation will allow the new administration to open up civic space and whether the new president will seize this opportunity. However, it is encouraging to see that the new president has already met with the leaders of other political parties, former Burundi presidents and Anglican and Catholic bishops, and has promised to promote dialogue. We are expectant to find out whether his words will turn into actions.

At the same time, however, the Minister of Home Affairs has recently issued a note to halt the registration of all new civil society organisations and churches and the recognition of newly elected authorities of organisations, pending a new order. Such decisions are inconsistent with the change that is being sought. If maintained, they will hinder civil society from growing and becoming a legitimate and publicly recognised sphere.

What should the international community do to help improve civic space in Burundi?

It is hard to set just a few priorities, as many things need to be put in place for Burundi to become a place of freedoms. However, it would be vital to engage the government of Burundi in multidimensional dialogue. International cooperation needs to be relaunched in a way that helps the Burundian government to end endemic poverty. The international community should advocate the repatriation of all refugees, including those who are under an arrest warrant from the Burundian government, and ensure their protection. And it also should offer its mediation to solve conflict between Burundi and its neighbouring countries, especially Rwanda, in order to facilitate the movement of people and goods and the reestablishment of diplomatic relations.

If the suggested priorities are pursued, the Burundian authorities might come to realise that Burundi is not isolated and that the international community is not acting to sabotage its interests, but rather to strengthen the positive aspects of globalisation in all domains.

Civic space in Burundi is rated as ‘closed’ by the CIVICUS Monitor.