WOMEN’S RIGHTS: ‘At this pace, it will take us nearly a century to reach equality’

In the run-up to the 25th anniversary of the Beijing Platform for Action, due in September 2020, CIVICUS is interviewing civil society activists, leaders and experts about the progress achieved and the challenges ahead. Focused on eliminating violence against women, ensuring access to family planning and reproductive healthcare, removing barriers to women’s participation in decision-making, providing decent jobs and equal pay for equal work, the Beijing Platform for Action was adopted at the United Nations’ (UN) Fourth World Conference on Women in 1995. After 25 years, significant but unequal progress has occurred, not least as the result of incessant civil society efforts, but no single country has yet achieved gender equality.

CIVICUS speaks with Serap Altinisik, Head of Plan International’s European Union (EU) Office and EU Representative. Previously, in her role as Programme Director at the European Women’s Lobby (EWL), Serap led EWL’s 50/50 Campaign, ‘No Modern Democracy without Gender Equality’, across Europe. She also recently became a member of the CIVICUS Board. 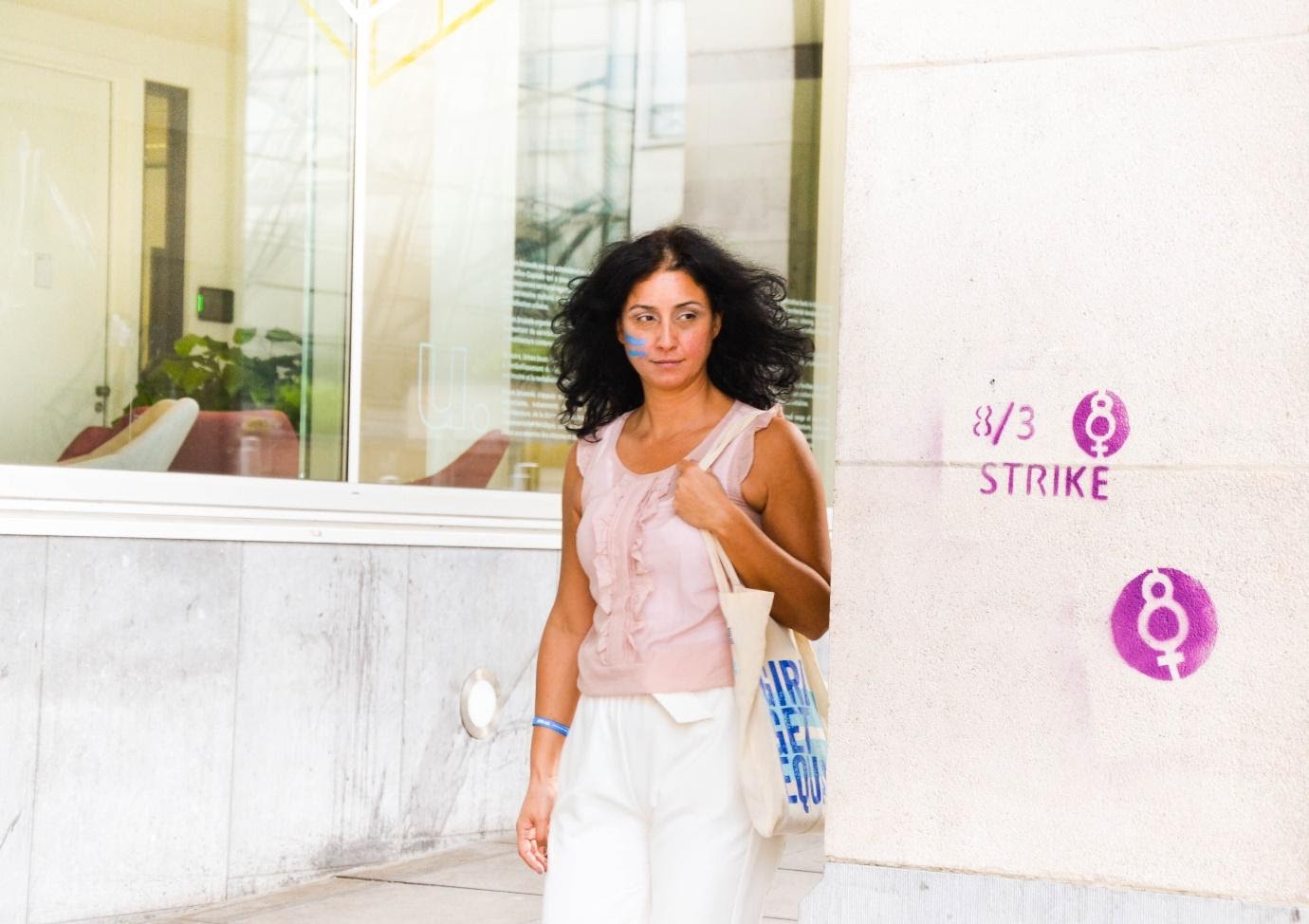 A quarter of a century later, how much of the promise contained in the Beijing Platform for Action has translated into real changes? What needs to be done now so that Goal 5 on gender equality of the Sustainable Development Goals (SDGs) is achieved by 2030?

2020 marks the 25th anniversary of the Beijing Declaration and Platform for Action – the most visionary agenda for girls’ and women’s rights. 2020 also marks the countdown of a decade left to achieve the SDGs.

Over the past decades there has been some clear, measurable progress towards gender equality. For example, 131 countries have enacted 274 legal and regulatory reforms in support of gender equality, maternal mortality has decreased by at least 45 per cent, primary school enrolment for girls and boys has almost equalised and approximately 25 per cent of seats in national legislative bodies are held by women, a number that has doubled over the past few decades.

However, 25 years after UN member states committed to achieving gender equality and five years into the SDGs, no country has fully achieved the promise of gender equality. If governments continue at this pace, it will take us nearly a century to reach that goal.

To achieve SDG 5, I agree with UN Secretary-General António Guterres, who has called for a decade of action on meeting the SDGs, and wants to make this the century of gender equality. Retrospectively, gender inequality is one of the things that will shame us the most about the 21st century.

Governments have to invest in consistent gender equality, which consequently means not only enacting laws and regulations but also implementing gender-responsive budgeting consistently. Research shows that where investments are consistent, girls’ and women’s rights are on the rise. However, there is no one-size-fits-all approach. When adopting regulations and laws, governments need to use a life-cycle approach to address the specific needs of women in each stage of a woman’s life. If we wish to measure and increase progress and learn from data, then data has to be disaggregated according to age, gender, disability and ethnicity, among other things.

Nonetheless, the most persistent factors that are holding back girls and women to lead, decide and thrive equally as boys and men are social norms, stereotypes and sexism. Studies and experiences of girls and women showcase that household-level practices in many countries subordinate women even when they are educated, even when they are in the workforce and even when they serve in government. Given that the personal is political, as the slogan from the feminist movement of the 1960s put it, gender equality and girls’ and women’s rights have to be a priority in politics, economics, practices and social norms – and this starts at home. It cannot be an add-on if the goal is to achieve the promise of gender equality fully by 2030.

Looking back on 2019, what would you say have been the main successes and challenges in the struggle for gender equality and women’s rights?

The rise of authoritarian leaders and the establishment of right-wing governments are preparing a fertile ground for violence and discrimination against girls and women. Therefore, we have seen pushbacks, with attacks on hard-won gains in girls’ and women’s rights in both the global north and global south in recent years. Conflict and humanitarian crises have become more complex and protracted over the past years, and women and girls have found themselves facing the most risks. Unfortunately, discrimination, poverty and violence are still in the lives of girls and women worldwide. It seems that misogyny accompanied with racism is on the rise, while the space for civil society is being increasingly crushed.

Yet across the world girls and women are raising their voices, collaborating and showing solidarity, and are not willing to wait for change and gender justice any longer. In this, women’s rights organisations and feminist leaders are playing a vital role!

I am aware that by only mentioning a few successes, I might not do justice to so many other success stories. Nevertheless, for me the main successes have been diverse and inspiring, such as, for example, the first ever woman leading the European Commission since its existence; Sudan's female protesters leading the pro-democracy movement; young women leading the environmental movement; girls and women resisting across the continents. They are challenging the status quo and are at the forefront in highlighting that another world is possible.

Their actions are changing not only laws and regulations and bringing new deals to the centre – such as the European Green Deal by the EU and the ambition to have equal representation across EU institutions – but they are also shifting social norms and are contributing to the ‘new normal’ in which girls and women can shape the world, too.

You have been personally involved in the Fair Share initiative. What would be a ‘fair share’ of women representation and female leadership, and why is it important that we achieve it?

Fair Share of Women Leaders is a civil society organisation that seeks to test and showcase new forms of governance that reflect feminist values and principles and overcome some of the pitfalls of power imbalance, hierarchy and bureaucracy of traditional governance mechanisms. We push for proportionate representation of women in leadership roles in the social sector – a goal that we want to achieve by 2030 at the latest.

Although women make up nearly 70 per cent of the global social impact workforce, they hold less than 30 per cent of the top leadership positions in their organisations. This lack of diverse voices in key decision-making positions undermines the impact organisations have towards achieving SDG 5. In the wake of #MeToo and a number of sexual abuse scandals in civil society, many organisations have had to rethink their strategies. Our sphere needs to start systematically promoting women’s leadership as a lever of change.

Of course, I have to acknowledge that a lot is positively changing within civil society. Some civil society organisations have committed to developing an organisational and leadership culture that values gender equal representation, diversity and participatory decision-making, but we have still ourselves a long way to go to achieve gender equality. We have to live up to our values if we want to be legitimately asking for positive change in the world. We have to be the change if we wish to see it.

To push for this change, Fair Share monitors the number of women in leadership to hold civil society accountable, promotes feminist leadership and mobilises men and women to create feminist organisations, and seeks to create opportunities for women from diverse economic and social backgrounds, nationalities and ethnicities who are currently less likely to be in leadership positions.

Get in touch with Plan International and its European Office through its websites, and follow @PlanEU and @SeeRap on Twitter.

A new law in Hungary, passed at the height of the COVID-19 pandemic, prevents trans people from...