PHILIPPINES: ‘If we don’t fight against the system, people will continue to die’

Following a year marked by massive mobilisation on the climate emergency, CIVICUS is interviewing civil society activists, leaders and experts about the main environmental challenges they face in their contexts and the actions they are taking. CIVICUS speaks with Jhewoung Capatoy, a young climate defender from the Philippines. Jhewoung is a community youth organiser with Young Bataeños Environmental Advocacy Network, a youth environmental organisation that promotes environmentally sustainable development and seeks to create awareness among youth to act to conserve the environment. 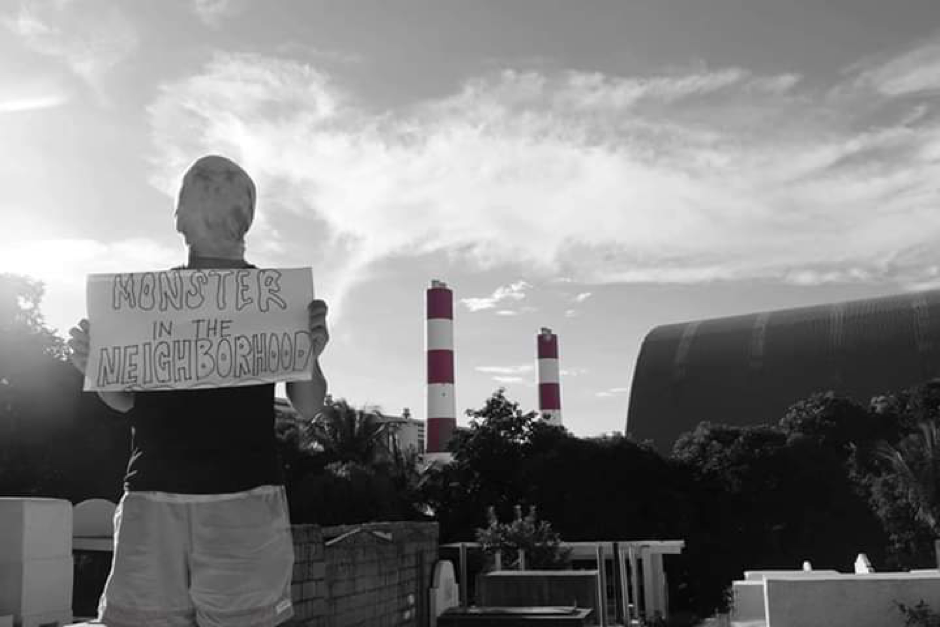 Why did you become an activist?

I come from the Lamao Limay Bataan community, which is about three hours away from the capital of the Philippines, Manila. I decided to get involved because local communities are suffering as a result of the establishment of coal-fired power plants. People are suffering from health issues and are dying as a result of environmental disasters. And people who speak up against this are also getting killed. Being an activist is dangerous, but if no one speaks up and acts against this, the situation will become normalised. If we don’t fight against the system, things will continue to be the way they are: people will continue to die and the impacts of the climate crisis will become unbearable to our communities. Most likely, a lot more people will die.

Deep down, one reason why I’m doing this is that I have lost people who were very dear to me. I went through an experience that marked me for life when I was in first grade, about seven years old, in 2004. A flash flood killed two neighbours who were also my close friends. Flash floods were caused by the construction of an energy plant in the area. Later on, when I started high school, I got in touch with a youth organisation that worked to protect Mother Nature. I got involved because I didn’t want to lose anyone else. I had realised that my friends had been killed by a corporation that only cared about making money, and by our own government, which colluded with the corporations and allowed everything to happen. Together, corporations and government are too powerful and if nobody stood up against them, they would be able to kill whoever they want. If nobody fought for it, our community would likely be gone in the near future.

However, being an activist also meant that I would continue to lose people. Soon after I got involved one colleague, a well-known climate defender, Gloria Capitan, was killed. She led the fight against coal-fired power plants because the pollution caused by these corporations in her area were causing people serious respiratory problems and other issues. We believe that both the corporations we were protesting against and our local government are responsible for her killing. We know who shot Gloria Capitan, but the police did not listen. They tried to cover everything up and have the case dismissed.

Can you tell us more about the work that you do?

We organise campaigns to educate people about the effects and impacts of dirty industries and how corporations are threatening our right to a secure environment. We organise people and we protest, mostly against coal-fired power plants. We also try to reach policy-makers and bring human rights violations to the attention of human rights bodies. We were once able to reach the Philippines Commission on Human Rights, which investigated what was happening and issued a resolution that acknowledged that these corporations were causing human rights violations in our community, as well as in other communities that have dirty industries in the Philippines. That was one of our greatest achievements because if the resolution is eventually disseminated to the public, we can find a way to hold corporations accountable and bring some reparation to the affected communities.

Did you take part in the global climate mobilisations in 2019?

Yes, our youth organisation, Young Bataeños for Environmental Advocacy Network, participated in the global climate strike in September 2019 by holding a local event. There also was a mobilisation in Manila, but we decided to protest locally, staying in the place where the coal-fired power plants are having their worse effects. The reason why we mobilised is that we want to hold these corporations, as well as the government that lets them have their way, responsible for what they are doing to our communities.

We had been mobilising and protesting since before the global strike, but the global climate strike was a good opportunity to put our issues out there. It was very useful as a framework because it was a global call to make corporations responsible for emissions. But we chose to participate in this global call from our own local communities, without going to demonstrate in Manila, in order to communicate that the reason why we are fighting is that the people in these communities are suffering the worst effects of global warming and the climate crisis. It is the rich of the global north who profit from these big corporations that emit carbon gases, but it is always us, the poor communities of developing countries, who suffer the worst environmental impacts of these industries.

True, people in developed countries are striking and mobilising, and it is good that they have called attention to what is happening, but let’s always remember that the impacts of the climate crisis are extremely unequal. The impacts that people in the global north are facing are not as devastating as the ones we are suffering in the Philippines. That’s the reason why we are mobilising: because it is us who are experiencing the consequences of their actions. It is not even a matter of choice really. We are a poor country in which people are dying due to the climate crisis, so we are fighting for our lives.

Have you had any participation in global climate forums?

Our youth organisation has not been able to take part in any international gathering. We basically have no access to that kind of spaces. Our organisation is local and no one has yet given us the opportunity to be under the spotlight. It would have been good if we had been invited because that would have meant an opportunity for us to represent people at the grassroots level. It is important to advocate for the environment, but you also have to make sure that you are representing the people who are most vulnerable. It is not enough not be there just because you believe that the climate crisis is happening. People should represent the real experiences and those who are negatively impacted by climate change.

The very people who are suffering the most from the climate emergency should be given the opportunity to speak for themselves. They should be invited to these forums so they can tell the world about their experiences. Those forums are big and impersonal and it would be important for participants to hear the stories of the people who are living in the areas where climate change and dirty industries are having their strongest impact. They are the ones who can really tell what’s happening, beyond what the media is covering, which is far from enough.

Taking part in global networks is very useful for us. For instance, we’ve asked young people from Taiwan, who were participating in the 2019 Climate Action Summit, to send letters to our national and local governments to urge them to stop giving permits for corporations to increase their operations. Our government has planned to authorise two dozen new coal-fired power plants by the year 2030, so we are asking young people from other countries who are better connected to put pressure on our government. Letters coming from outside the country would mean a lot because they would show that our stories are not staying inside the country, that people from the outside world are listening and reacting to the pain and the suffering of the people in the Philippines.

International organisations like CIVICUS could also help amplify our stories and attract the attention of our government. This then could make our government rethink the path they have taken in generating energy.

It would be an even bigger help if the international community could help us financially in order to continue with our work. As climate activists, working with the local communities that are directly affected by climate change is always a challenge. I have had to leave my comfort zone, drop out of school and be away from my family. I stay in a community where there is little internet access or transportation. I go to work kilometres away from my house, to organise people, to give them updates and reassure them that I am with them for real. I do it because people need someone they can lean on, someone they can trust their stories with, someone they feel could help them.

Civic space in Philippines is rated as ‘obstructed’ by the CIVICUS Monitor.

Get in touch with the Young Bataeños for Environmental Advocacy Network through its Facebook page.