DIGITAL DIVIDE: ‘The uncritical adoption of technology is particularly risky in humanitarian crises’

CIVICUS speaks to Barnaby Willitts-King, Senior Research Fellow at the Overseas Development Institute (ODI). Established in 1960 and currently working in 50 countries around the world, ODI is a global non-partisan, non-profit and evidence-driven think tank. Barnaby’s latest research with ODI’s Humanitarian Policy Group (HPG) focuses on the effects of the adoption of information and communications technologies in the humanitarian sector. 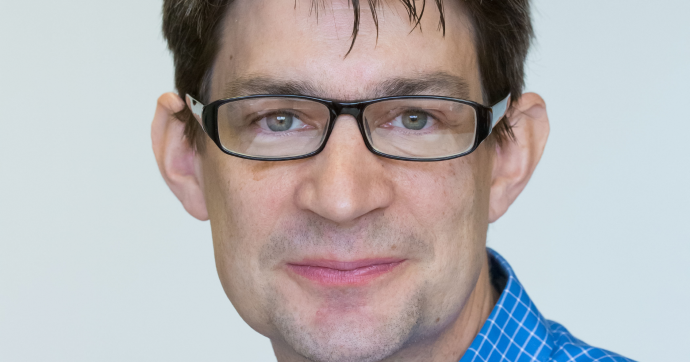 Which would you say have been the biggest humanitarian crises of 2019, and how effective and efficient has the humanitarian response been?

The crises in the Democratic Republic of the Congo, Syria and Yemen have affected the most people in 2019 and look set to continue through 2020. In the majority of these crises, and the many more affecting over 160 million people, there are major funding challenges and problems of access to people in need due to conflict. Despite these challenges, international humanitarian assistance from the United Nations (UN), the Red Cross movement and civil society organisations (CSOs) supported 64 per cent of those it was aiming to reach in 2019 and is reaching more people than ever before.

However, huge challenges remain to reforming the international system of humanitarian action to make it more effective, efficient and appropriate, while confronting the largely political blockages to solving the underlying causes of such crises. The space for neutral humanitarian action remains under pressure from increasingly polarised geopolitics and a retreat from multilateralism.

Concerns about national security, migration and terrorism have led donors belonging to the Organisation for Economic Co-operation and Development’s Development Assistance Committee (DAC) to introduce laws and policies that have had significant knock-on consequences for the ability of CSOs to support people in crisis. Such was the case with UK legislation, subsequently amended, which would have criminalised aid workers in some conflict zones.

What have you learned from your research about resource flows to countries affected by humanitarian crises?

There is a mismatch between the global picture of humanitarian response and funding flows from major DAC donors, and what is visible in countries and communities affected by crisis. The 2016 World Humanitarian Summit launched the Grand Bargain initiative, an agreement between donors and agencies that included a commitment to increase the flow of resources to local and national humanitarian actors. However, the flow of resources to such local actors still remains far below the 25 per cent target , as seen for instance in evidence from Somalia and South Sudan.

Beyond resource flows to local organisations and administrations, HPG’s recent research based on field studies in Iraq, Nepal and Uganda on the resources that households use to cope with crisis has revealed the narrow way in which humanitarian agencies have been looking at resource flows.

This shows that the international community undervalues the role of locally led response, which starts in affected communities, and the resources they mobilise and make use of, including community support mechanisms, remittances from the diaspora, government and private sector funding and faith-based giving. These funds and other resources are not easily measured or tracked and are not sufficiently understood by local and international humanitarian actors.

Globally, this study estimated that international humanitarian assistance comprises as little as one per cent of the total resource flows to countries affected by humanitarian crises. Remittances are one clear example of a major resource flow that is potentially significant in crises but insufficiently understood or factored in; others include faith-based flows and local community resources.

What should the international community do to put the affected countries and local communities at the centre of the planning and funding of responses?

There are many things that the humanitarian community needs to do in order to achieve this reorientation of international humanitarian assistance. First, it should focus on the household perspective in resource analysis and tracking by investing in household economy, market and political economy analysis. Second, it should design programming specifically for each crisis. Third, it should use aid smartly to focus on gaps and catalyse the right kind of investments and flows – for example, through supporting entrepreneurship or facilitating remittances. Fourth, it should develop better humanitarian needs assessments that incorporate livelihoods and political analysis and involve government. Fifth, it should strengthen data literacy and data. Sixth, it should build a community of practice on tracking the wide range of resources in crises, from private flows to humanitarian, peace and development funding.

This shift in perspective is critical to better reflect local agency and a more diverse set of resources that people in crisis rely on. Aid should be used not just to respond to gaps in need but to catalyse better and more effective use of flows beyond aid, which may be the best way to ‘localise’ the response.

Your latest research focuses on the effects of the rapid adoption of digital technologies in the humanitarian sector. What problems has technology helped to solve, and what new challenges has it created?

Digital approaches are certainly transforming humanitarian action in a number of ways, and there are examples of them making aid more effective, efficient and transparent: for instance, in collecting and analysing data, such as using drones to map disaster sites, volunteer ‘crowdmappers’ to process the data and machine learning to analyse large and complex datasets to improve targeting. Humanitarian programming can be streamlined through the seamless and secure transfer of digital payments to recipients or by using biometric verification of aid recipients for efficiency and security. Technology also connects and gives agency to affected people – for example through apps enabling them to contact first responders directly, or for aid recipients to give feedback to aid agencies and for volunteer networks to fundraise on social media with crowdfunders.

However, there are increasing concerns about the dominance of technology in development and humanitarian assistance, and the risks such technologies can present in situations of armed conflict. The uncritical adoption of the latest technology fad is increasingly seen as particularly risky in humanitarian crises where more traditional methods of aid distribution may still make more sense. The vulnerability of people’s data when it is being generated in ever greater quantities is of paramount concern where people are in situations of conflict, with risks they could be targeted by hostile governments.

Do you think that the use of technology has led to more inclusive and participatory processes? If not, what should be done so that technology lives up to its full potential?

Inclusion is an important goal for the humanitarian sector, but it has proved difficult to achieve in practice, as we explore in our research. The careful adaptation of existing tools has indeed been used to increase coverage and inclusion – for instance by enabling participatory mapping of communities by residents of informal settlements, training drone pilots pilots in affected countries and using messaging applications to disseminate to displaced people. However, these benefits are still too often assumed as a natural consequence of adopting technology-based approaches. In reality, differences in the access to and the use of technology, often along gender, income or racial lines, constitute a ‘digital divide’. This means that the benefits of these approaches are not evenly distributed and leave many excluded.

Inclusion is also limited by in-built biases in many applied technologies – for instance facial recognition software, whose ‘coded gaze’ has not been taught to recognise diverse datasets of faces, or automated mapping technologies that lack the contextual understanding to recognise houses in disaster-affected areas.

The uncritical adoption of technologies in crises may reinforce the ingrained power dynamics of the sector or violate humanitarian principles, either through a shift to digital registration that unintentionally excludes those most in need, or humanitarian independence being compromised through partnerships with the private sector, including the surveillance and security industry.

Instead, these new tools will require active correction and contextual knowledge to be adapted to particular humanitarian crises, in order to include and protect the people humanitarian assistance is intended to serve. In some cases, tools such as biometric registration or mapping of improvised settlements may not be appropriate, with poor data protection practices presenting unacceptable risks to populations made vulnerable by persecution, conflict, or displacement.