SRI LANKA: ‘Trolls accusing people of being traitors are organised and political’

Ahead of the Sri Lankan presidential elections on 16 November 2019, CIVICUS spoke with Sandya Ekneligoda, a human rights defender and campaigner for justice for families of people who have been disappeared. Sandya is the wife of disappeared cartoonist Prageeth Ekneligoda and has been subjected to a barrage of hate, abuse, intimidation, harassment and death threats on social media. 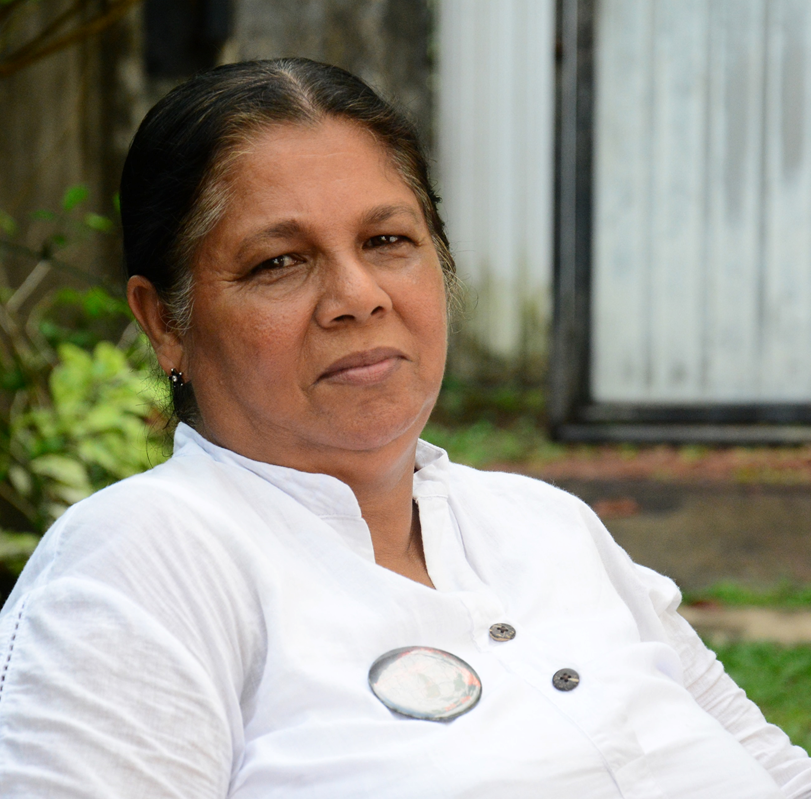 Can you tell us about the campaign on enforced disappearances in Sri Lanka and how you became involved in it?

My husband Prageeth Ekneligoda was abducted in January 2010. Since that terrible day, I have campaigned for the truth behind his disappearance. When domestic efforts failed, I traveled to the United Nations Human Rights Council in Geneva to press for justice. During my activism journey, I have worked with other mothers of the disappeared to raise awareness. We have asked the government to deliver on the truth behind the thousands of disappearances in our country. We also want the authorities to give support to families who often struggle with their livelihoods once a family member has been taken.

There has been some progress with the International Convention on Disappearances, signed in 2007 and in effect since 2010, but much work needs to be done to find the truth and support the victims. The Convention has not yet resulted in relevant domestic legislation. To keep momentum going on Prageeth’s case I have attended court over a hundred times tracking the habeas corpus case. Meanwhile, in the north, hundreds of mothers have been protesting on the streets seeking answers about their children. Justice for those disappeared remains a critical issue for the country to resolve.

What threats have you faced for your advocacy?

I have faced a number of different threats. I have been called a traitor and received hate speech on Facebook. In 2016, Prageeth and myself became the targets of a defamation campaign that took many forms, including public speeches and posters smearing my name. I believe this was an organised smear campaign by the Rajapaksa clan, the clan of former President Mahinda Rajapaksa. I have also been targeted by nationalistic Buddhist monks. Venerable Gnanasara Thero, General Secretary of the Bodu Bala Sena, a Buddhist nationalist organisation, threatened me as I was monitoring Prageeth’s court case. I filed a case against him, and he was found guilty by the court in Homagama in 2019. After this decision I got a lot of vicious threats, including threats to kill me and my children.

In 2018, I managed to navigate my way through one of the Rajapaksa clan’s attempts to lure me into a trap. They sent one of their men, a former air force officer, to meet me. He offered to disclose information on chemical weapons in return for safe passage to the USA. I do not believe this was genuine; it was a way of distracting me from my important work to seek justice for Prageeth. These obstacles have not stopped me fighting for justice but they make life as an activist challenging.

What is the situation for civil society in Sri Lanka a decade after the end of the conflict?

Between 2010 and 2015 the situation for civil society in Sri Lanka was terrible. Repression was so severe we faced imminent threats of being forcibly disappeared or killed if we spoke out. We saw the state using the Prevention of Terrorism Act to try to silence activists. An example of this was the 2014 unlawful detention of Balendran Jeyakumary, an activist campaigning for the disappeared.

After political change in 2015 the situation improved. There have been some incidents but space to talk about issues has increased. Recently, however, we have seen more clampdowns on the freedom of expression, including the arrest of Shathika Sathkumara, an award-winning writer, as well as of journalist Kusul Perera. This really troubles me. Although the environment is calmer, we see toxic elements appearing in social media. Trolls accusing people of being traitors and disseminating hate speech have emerged on Facebook and other social media platforms. This is organised and political.

Are there any particular issues affecting civil society and the space for civil society that you are concerned about ahead of the elections?

The participation in the elections of Gotabaya Rajapkasa, former defence chief and brother of Mahinda Rajapkasa, has re-energised racists and nationalists, who had been a bit dormant after 2015. These elements are now becoming quite vocal and issue threats. For example, following a petition filed by Gamini Viyingoda and Chandragupta Thenuwara querying Gotabaya’s eligibility for elections, Madumadawa Aranvinda, a politician, posted the comment that roughly translated as “there was a name which sounds like Viyangoda which was Ekneligoda and best wishes to you both and good luck.” As my husband was disappeared for speaking out, this was clearly a threat to the petitioners to stay silent.

Ahead of the elections there’s a looming possibility that violence will erupt. There have already been some examples. When Gotabaya’s legal team won the petition, a Gotabaya supporter set fire to the house of a United National Party supporter. In a highly polarised context, with the two bigger parties fielding strong candidates, it’s possible that the parties will encourage proxies to incite violence. This violence could also turn against civil society activists raising issues. I feel wary of the path ahead as impunity prevails, as reflected in the little progress experienced in mine and other cases.

If Gotabhaya comes into power there will be a surge in threats. International civil society groups should be ready to help those most at risk, like myself, who have named and shamed him. This is an important time for international civil society to show its solidarity with activists in Sri Lanka and check in with friends and colleagues on protection needs. It’s also really important that organisations continue to work with the victims who raised awareness about the need for truth following the end of the war despite the threats they faced. Civil society organisations must stay vigilant and keep pushing on investigations for important justice cases in Sri Lanka, such as my fight for the truth about what happened to my husband, Prageeth.

Civic space in Sri Lanka is rated as ‘obstructed’ by the CIVICUS Monitor.

This interview was undertaken by independent researcher Yolanda Foster on behalf of CIVICUS.