CLIMATE CHANGE: ‘There is no respect for the role of civil society’ 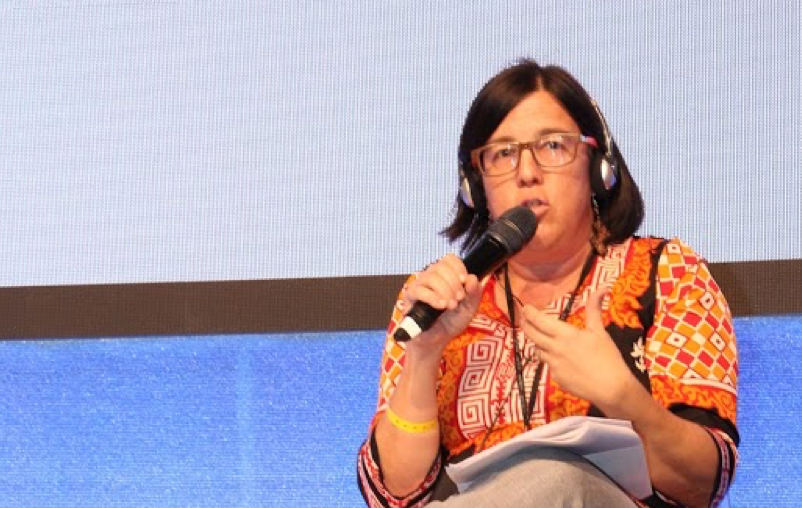 CIVICUS speaks with Adriana Ramos, advisor at Instituto Socioambiental (ISA), a Brazilian civil society organisation that has worked since 1994 to propose solutions to social and environmental issues. ISA's main focus is the defence of social, collective and public goods and rights regarding the environment, cultural heritage, human rights and peoples’ rights.

Do you think there is an increasing restriction of civic space in Brazil following the election of President Jair Bolsonaro?

Yes, we already have plenty of evidence that there is less scope for democratic action by civil society, at least in regard to the government. Various councils, committees and commissions that used to function as formal spaces for civil society participation in policy-making have been shut down. Regarding climate policy in particular, the National Commission for Reducing Greenhouse Gas Emissions from Deforestation and Forest Degradation (CONAREDD+), the Climate Fund’s Steering Committee and the Amazon Fund’s Steering Committee were affected, which used to be important forums for the implementation of national climate change policies.

The government is also behaving antagonistically toward civil society. Its belligerent and aggressive tone hinders the possibility of dialogue. There is no respect for the role of civil society. All of this reflects on the performance of organisations working on the frontline. The suspension of the Amazon Fund, for instance, has precluded many planned projects and jeopardised ongoing ones.

When the Amazon fires came under the spotlight, the president of Brazil said that civil society organisations (CSOs) could be the ones responsible for deforestation. How have these statements affected the work of environmental organisations and defenders?

Their first effect has been to drain all our energies by forcing us to focus on responding to such atrocious accusations. When the president makes such statements, the press is obliged to disseminate them, and we end up having to defend ourselves. We are put in a position where we need to respond to completely baseless statements made by the president. This is clearly a demobilisation strategy, as it paralyses our main activities and hinders the work of CSOs.

In addition, there is little understanding of civil society in our country. As a result, such a statement sends a prejudiced message to the public and promotes misinformation and a misreading of the role of civil society. This is happening within the framework of a larger system that is actively promoting ‘fake news’. It ends up creating a cascade effect.

Is there a link between this narrative and the threats facing environmental defenders, particularly those closest to the frontline of conflict?

During his election campaign the president promised to “end all activism in Brazil.” We see the government acting consistently with this promise, promoting lawlessness and delegitimating the work of environmental defenders. This reflects directly in the increased lack of safety in the field and the sense of impunity that strengthens those who act illegally. Illegal activities are promoted in the Amazon region, such as illegal logging, illegal mining and land grabbing, all of which are sources of conflict. Those who have historically been the perpetrators of violence against indigenous peoples and environmental leaders come out stronger. In addition, the president’s authoritarian approach ends up mobilising public security forces. Public security forces, which should be working to defend vulnerable groups, are guided by a policy that criminalises and marginalises these groups. Thus, Brazil will probably continue to be listed as one of the most dangerous countries in the world for environmental defenders.

How has civil society organised to respond in this context?

We have sought to ensure the constitutional conditions for an active civil society, coordinating various efforts to guarantee the safety of defenders in the field and strengthen protection strategies for the social leaders who are in the most vulnerable positions. We need to innovate in our methods in order to be able to get through these times. It is an unfortunate situation, but I think Brazilian civil society is quite experienced in facing adverse situations and is trying to become stronger in this context.

At the same time, I believe that checks and balances between the three powers of our government have never been as essential as they are today. If dialogue with the executive is unfeasible, then we must increase our work on the legislative and judicial fronts. Even with their institutional limitations, these end up being key spaces for intervention and contestation of the Brazilian government’s authoritarian actions. We still have a constitution in place. It is a robust constitution in terms of guarantees for individual rights and the freedom of association. On its basis, we carry on the battle.

What kind of support do Brazilian environmental organisations and defenders need?

We need more institutional support to ensure that organisations can develop their advocacy work as robustly as the context requires. We need protections that render them less vulnerable to any kind of persecution.

But support is also needed to strengthen locally developed initiatives, by means of supporting local communities so they can generate income and manage their territories. It is no use fighting on the political front to prevent legislative changes if the living conditions of local communities deteriorate and they become increasingly vulnerable to the unsustainable proposals brought to them by the government. It is important to ensure that there are projects that generate income from sustainable forest use so that communities do not become vulnerable and prone to being used as pawns at the service of those who advocate for the opening of their territories for exploitation by third parties. If this happens, these territories will become unsustainable, and this is bad both for the communities and the environment. It is not only about supporting political resistance against the government’s discourse, but also about supporting best practices in autonomous environmental management by communities, so that communities are strengthened in the process, rather than becoming vulnerable to co-option.

Is there a growing public movement for environmental causes in Brazil?

I believe so. Every day more people are interested in mobilising and are reacting to what is happening. They begin to understand that this is a cross-cutting theme, as there is no economy or health without a healthy environment. Because of the current denial of environmental policy, the theme draws even more attention. Without a doubt, this can contribute to strengthening civil society and prompt more people to mobilise, participate and stay attuned to what is happening. That is the positive aspect of the current situation.

Civic space in Brazil is rated as ‘obstructed’ by the CIVICUS Monitor.