VIETNAM: ‘The government is using non-state actors against minority religions’ 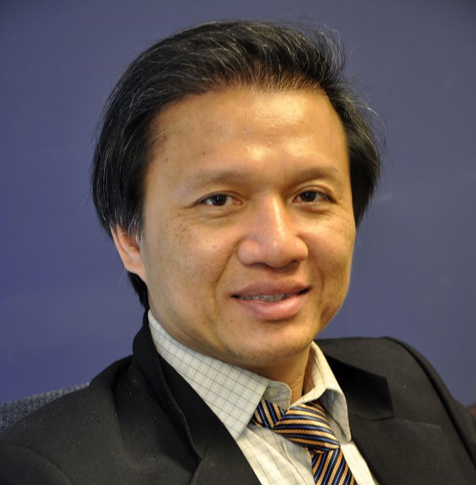 CIVICUS speaks with Thang Nguyen of Boat People SOS (BPSOS), a civil society organisation based in the USA and Thailand, about the challenges for civil society and religious minorities in Vietnam, and about their work to enable civil society responses.

Can you tell us about BPSOS and the work it does?

I’m currently the CEO and President of BPSOS, having joined initially as a volunteer. BPSOS was founded in 1980. We have two major divisions. The first, our domestic programme, is about serving refugees and migrants in the USA, across six locations. Second, we have our international initiatives, run from our regional headquarters in Bangkok, Thailand.

In Bangkok, we provide a legal clinic to help refugees and asylum seekers with their asylum claims and with protection – not only those coming from Vietnam but also from other countries, including Cambodia, China, Pakistan and Sri Lanka. We have a programme to help Vietnamese human rights defenders at risk, whether they be in prison or in hiding in Vietnam or seeking refuge in Thailand or elsewhere. A major component is to build capacity for civil society in Vietnam at the community level. Finally, we have a religious freedom project, working with local, regional and global partners, to build up a network for advocates for freedom of religion or belief in South East Asia. We hold an annual conference, the Southeast Asia Freedom of Religion or Belief Conference (SEAFORB).

What are the key current challenges experienced by civil society in Vietnam?

The regime is still very oppressive. The government has heavy-handed policies against people coming together to form their own associations, which make it hard for organised civil society to develop. The government is now somewhat more tolerant with individuals speaking out, or perhaps it is that the government struggles to control expression on social media to the same extent.

Another challenge comes with the people themselves. Living in a closed society, they don’t have many opportunities to develop the necessary skills or experience to come together and form associations.

Further, there’s very little commitment or investment from the international community to develop civil society in Vietnam, compared for example to Cambodia or Myanmar. There are very few organisations from outside Vietnam that work hand in hand with groups in Vietnam to help them develop capacity to implement programmes.

Because of this, there are very few truly functional independent civil society organisations in Vietnam and the number of these has decreased over the last five years because they cannot sustain themselves in the face of interference from the government. There are only individual human rights defenders, some of them well-known, but not organised civil society.

In contrast, there are tens of thousands of government-owned ‘non-governmental’ organisations (GONGOs) that are controlled by the Communist Party. They present themselves as the civil society of Vietnam.

What are the challenges minority groups face in Vietnam, particularly religious minorities?

Many of the minority groups are indigenous peoples, but the government of Vietnam does not recognise them as such; it only classes them as ethnic minorities. They therefore face a fight for the right to be recognised as indigenous people. They are often separated from their ancestral land.

For many groups, a religion that is a minority belief in Vietnam is part of their social and cultural makeup. For example, the Cham are Muslim and the Khmer Krom are Theravada Buddhists, which is very different from the Mahayana Buddhism practised by the majority of Vietnamese Buddhists. Then there are the Hmong and the Montagnards: Christianity has spread among the Montagnards for decades, and the government wants to control and stop this. Since the early 1980s, Christianity also started to develop in the Northwest Region among the Hmong population. The government of Vietnam viewed this as an undesirable influence from the west, and therefore it has taken drastic messages to stop its further spreading in the Northwest and Central Highlands regions.

Most of these groups of people are located remotely and so don’t have access to the internet, and don’t know how to attract resources, even from within Vietnam. Other people in Vietnam aren’t aware of the situation, let alone the international community. Little information is available about these groups.

A major challenge is the forced renunciation of faith. Christians have been ordered to leave their parish churches and told not to follow any religion, or to join a government-controlled church. People who have resisted joining government-controlled churches have been harassed, persecuted and tortured. Several deaths in police custody have been documented. There are quite a lot of religious prisoners of conscience, many of them Montagnard Christians.

The repression of the Hmong is even more drastic. In many parts of Northwest Region, Hmong Christians who have refused to renounce their faith have been evicted from their villages by the local authorities. Their villages have been declared as Christian-free zones. Tens of thousands of Hmong have been affected, something that continues to this day. They became itinerant, and it has taken them many years to coalesce into new communities, usually in previously uninhabited areas unknown to local government. Many moved to the Central Highlands. They are completely undocumented and so have become functionally stateless. They live outside society. Married people are not issued with marriage certificates, babies do not get birth certificates, children can’t formally receive education – although some slip into school unofficially – and people can’t get legal employment, set up a business, or open a bank account. They are restricted in their travel: pastors can’t travel into these communities, while they cannot travel to worship elsewhere.

The government is also using non-state actors against minority religions. In Nghe An Province, the authorities use organised mobs known as Red Flag Associations, which are supported and encouraged by local authorities to attack churches and beat up parishioners. We have had several reports of this.

What steps are needed to help civil society respond to these rights violations?

We train a lot of people in Vietnam to know how to report human rights violations. So far we’ve trained about a thousand local rapporteurs and they have generated about 200 different reports that have been submitted to various United Nations (UN) special procedures and UN bodies, and shared with other governments and international human rights organisations to raise awareness of the situation in Vietnam.

We are helping to form community-based CSOs in each minority community. So far there are about 20 of these, and we aim to have 100 by the end of 2020. We have incubated a number of CSOs specialising in different aspects of human rights, based on the international commitments Vietnam has made as a result of signing various conventions. For example, we have supported the creation and development of Vietnamese Women for Human Rights, the Vietnam Coalition Against Torture and the Vietnam Freedom of Religion or Belief Roundtable. We have worked with Montagnard people to form a CSO specialising in Montagnard minorities. Now we are connecting these specialist CSOs with their peers outside Vietnam. For instance Vietnamese Women for Human Rights is now a member of FORUM-ASIA, a network of human rights organisations throughout Asia and the Pacific. We are cultivating these kinds of partnerships.

What more support is needed?

Once CSOs in Vietnam have developed some capacity, there is a need to connect them with civil society outside Vietnam. We are advocating for organisations to offer internship and fellowship schemes to enable staff to develop skills, experience, connections and exposure outside Vietnam.

We hope to see more projects geared at further developing civil society in Vietnam, through training, coaching and technical assistance as well as advocacy. There has been an almost complete lack of this kind of investment from civil society worldwide. Organisations are issuing statements about Vietnam and that is appreciated, but this is the next step needed. Amnesty International now has a Vietnamese national working on Vietnam, who was with BPSOS before, so this is a positive step and a model to replicate.

It would be much more effective if international human rights organisations working on Vietnam could coordinate among themselves, and with groups within Vietnam. For instance, a joint advocacy project on the functionally stateless Montagnard Christians, with pressure coming from multiple directions, would help.

Civic space in Vietnam is rated as ‘closed’ by the CIVICUS Monitor.

CIVICUS speaks with Kaylee Uland and Jessica Nguyen, co-director and advocacy officer with The 88...