LGBTQI RIGHTS: ‘There is an ongoing desire among many to more closely regulate morality’ 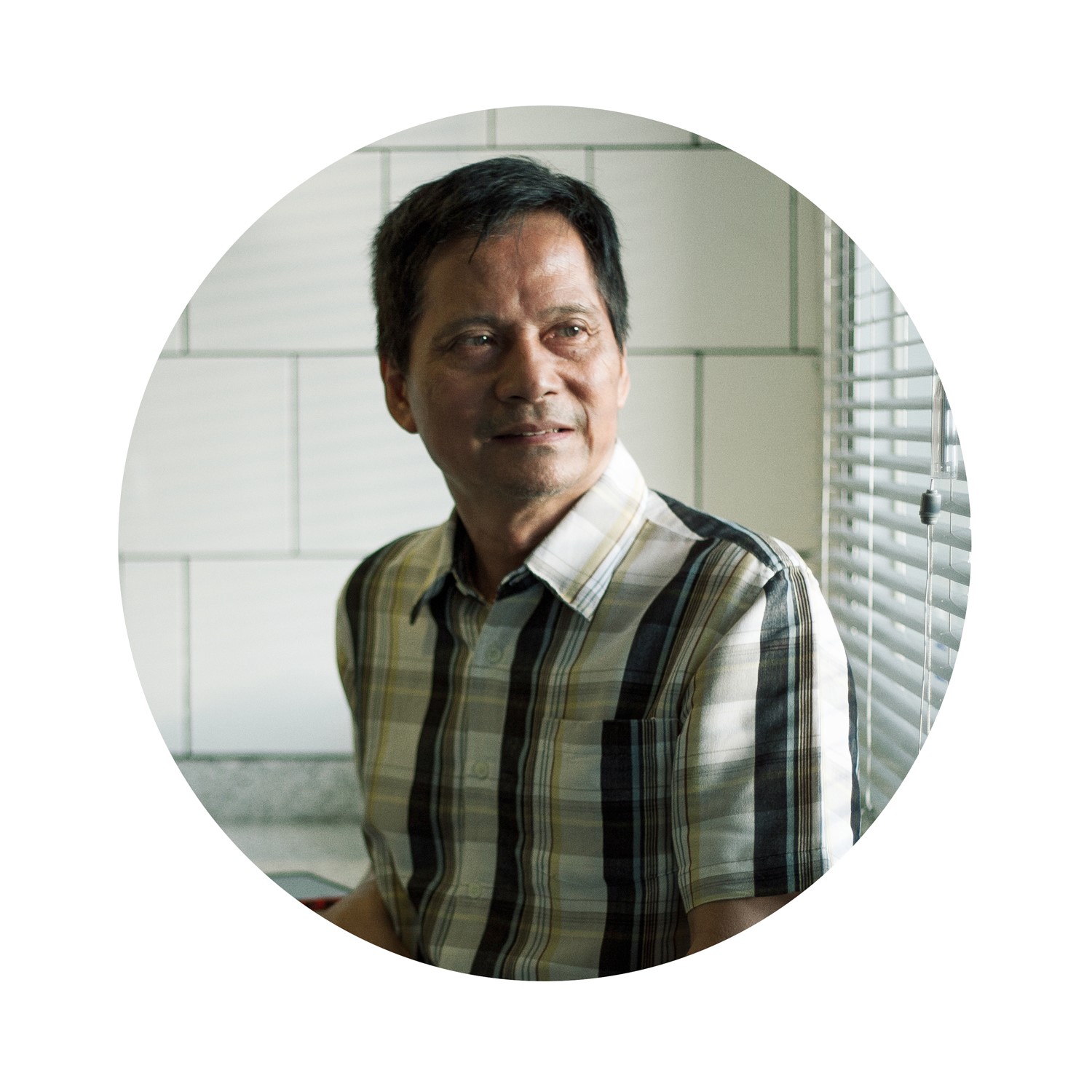 As part of our 2019 thematic report, we are interviewing civil society activists, leaders and experts about their experiences of backlash from anti-rights groups and their strategies to strengthen progressive narratives and civil society responses. CIVICUS speaks to T King Oey, an Indonesian capacity development expert and a founder and board member of Arus Pelangi, the Indonesian Federation of Lesbian, Gay, Bisexual, Transgender, Transsexual and Intersex Communities.

How does your network work, and what are the challenges you are addressing?

Our organisation, Arus Pelangi, which means the Flow of the Rainbow, was established in 2006. This was during the Reformasi era that followed the ousting of President Suharto in 1998 after three decades in power. After this there was much more freedom and many repressive laws were revised. At this time LGBTQI people felt we should come together to stand for our rights. Before then the only context in which people talked about LGBTQI people was in relation to the mitigation of HIV/AIDS. So we decided to form an organisation purely to advocate for the rights of LGBTQI people.

Arus Pelangi is a coalition of national and local groups of LGBTQI people. We network a lot with other human rights organisations, including those working on other aspects of diversity and legal reform. We have also been instrumental in the formation of a network across the Association of Southeast Asian Nations (ASEAN) member countries – the ASEAN SOGIE Caucus. It is based in the Philippines and Arus Pelangi is an important member. At the same time we are reaching out to local communities around the huge country of Indonesia. There are still capacity challenges in enabling far-distant communities to make their voices heard.

What challenges have you faced in recent years?

The space for democracy in Indonesia is becoming more restricted, and it is harder for us to be visible. When we started in 2006 we saw it as strategic to raise our visibility as much as possible, so people could see and understand LGBTQI people and know who we are. So we took part in demonstrations, held flash mobs, held public discussions, made media appearances – anything to make us visible as a group.

From the very beginning there were all kinds of groups attacking us. But things got much worse in 2016, when all of a sudden there was this massive wave of attacks. Persecutions also began from 2016 onwards. The trigger was a pronouncement by the Minister of Research, Technology and Higher Education, Muhammad Nasir, that LGBTQI people should be banned from university campuses. Suddenly everyone joined in, saying that LGBTQI people should be banned from everywhere, that we should be criminalised.

These attacks came especially from hardline religious groups. These groups had always advocated for criminalisation, but suddenly they had momentum because of what the minister had said.

From then on it was no longer possible to be visible as an organisation, and to some degree even as individuals.

How have extremist groups been able to organise, and how have they mobilised support?

The Reformasi era created all kinds of freedoms for people to organise themselves, but the fundamentalists had the same freedoms, and they did very well in organising themselves. They have received lots of funding from Saudi Arabia.

There has been a two-track development in Indonesia. Indonesia has become more part of a global society, more integrated in terms of technology, but at the same time people’s minds have become more conservative, due to the influence of fundamentalists. Fundamentalists have had more chances to preach, and to organise in all kinds of groups and organisations. One of the most well-known is Islam Defenders Front (Front Pembela Islam, FPI), which has been very vocal in attacking us, and they have been able to stop some of our activities.

The attitude of the police has been ambivalent. They haven’t stopped the FPI from attacking us. Rather they have said that for our safety it would be better if we disband. They always use this argument of safety. Since 2016 the police have also been proactive in outing and arresting people. People are arrested, paraded in front of the media and then released without charge.

This has had a huge effect on the whole community. People have become afraid. Since 2016 we have held hardly any public events. We have to keep things secret and do everything underground. We have also had to learn to take security measures. Many of our people became depressed and closed themselves away, stopped going out. It’s just like being back in the Suharto era. We aren’t free any more.

Fundamentalists reached the level of power that in 2017 they were able to put Basuki Tjahaja Purnama, the Christian governor of our capital city, Jakarta, into jail for blasphemy. This was when the network of fundamentalist groups reached the height of their power. They were able to work together to do this. Indonesia has a blasphemy law, and once someone has been indicted, it is certain they will be convicted. I haven’t heard of any case when someone charged with blasphemy has walked free.

How has the government responded?

What is interesting is that this level of fundamentalism got to the point where it was threatening the position of President Jokowi. Only then did we see a concerted effort from the government to push back, and this process is still going on. The government has banned one of the fundamentalist groups, an international Muslim network that calls for the establishment of the caliphate, on the grounds that it does not adhere to the national ideology, known as Pancasila.

A law the government recently passed on civil society organisations enabled it to do this. Human rights organisations criticised this law for being too loose and flexible. It could potentially enable the government to ban any group. This is the first time it has been used. The same law could be used against any group. It’s a double-edged sword.

The government is considering banning the FPI. The government is also saying that it is coming to realise how many campuses have been infiltrated by fundamentalist groups, but it’s hard to know what’s going on behind the scenes.

Has the April 2019 presidential election brought any changes?

President Jokowi won re-election in April, but it seems he felt he couldn’t do it without the support of the moderate Muslims, as he took an Islamic cleric, Ma’ruf Amin, as his running mate. Ma’ruf is a fairly conservative cleric who has made all kinds of negative pronouncements against LGBTQI people. It’s a mystery for many people, even for supporters of President Jokowi, why he was chosen over all other candidates.

What is also disappointing is that in his first term, President Jokowi prioritised a focus on the investment climate, emphasising massive infrastructure projects, such as ports, roads and power plants, and reforming the bureaucracy to remove obstacles against investment. Just recently he has announced that his second-term priorities are the same. He said nothing about human rights. Many were hoping that he would be less cautious in his second term. It remains to be seen how committed he will be to human rights.

As well as LGBTQI groups, which other communities are subject to persecution?

Other groups particularly vulnerable to human rights abuses are minority Muslim sects, which have been heavily persecuted over the years, and communists and those associated with them. This goes way back to the mass killings of 1965-1966. Survivors and second and third-generation family members are still suffering from discrimination and threats.

The struggle for gender equality goes back many decades. Women are targeted by conservative groups. Shariah law applies in the province of Aceh, and they have introduced and are applying draconian punishments such as caning and stoning to death. Several LGBTQI people have been the victim of caning. There are attempts to criminalise non-normative sexuality elsewhere in Indonesia.

There is an ongoing effort and desire among many to more closely regulate morality. It is a continuous battle to try to prevent more repressive measures. For example, parliament is currently debating a law on domestic violence, and conservative law-makers are asserting that many things we would consider as sexual violence, like marital rape, are not included. The dividing line is between following a hardline interpretation of the Quran or not. Despite its secular appearance, Indonesia has become a de facto religious state.

Civil society has been trying to respond through networking, joint statements, lobbying parliament and campaigning, including through Change.org. But it can feel like fighting an impossible war, because the conservatives always seem to be more powerful, better organised and better resourced.

We have to be careful when considering outside assistance, because one of the arguments that fundamentalists always use is about foreign influences and attempts to make Indonesia a liberal country. LGBTQI is characterised as a western concept that is incompatible with the culture. Of course if you look at the culture and history of Indonesia you see all kinds of expressions of non-binary gender, including in dances, songs, literature and rituals. This culture has been denied consistently by conservatives who say that the only culture is hardline Islam. The conservatives forget that Islam itself is an imported religion.

In 2015, when the US Supreme Court legalised same-sex marriage, this created quite an uproar in Indonesia. Conservative groups always point to this and say that once they give in to one thing, this is what will happen. The global debate about same-sex marriage works both ways for us, because LGBTQI people in Indonesia have never suggested this – it seems too far away to even contemplate this, and we need to have our fundamental rights respected first – but at least it tells us we’re not alone.

So you have to be careful, but solidarity helps. It helps LGBTQI people here to know they are not alone and have not been abandoned. If people have any chance to speak to government officials from Indonesia, they should use that opportunity to speak up for LGBTQI people and other vulnerable groups.

At Indonesia’s United Nations Human Rights Council Universal Periodic Review session in 2017, many shadow reports pointed to the severe situation of LGBTQI people. There was quite a bit of criticism. The usual attitude of the Indonesian government is to cite social conservatism, but this time it was forced to acknowledge the need to take steps and it committed to hold a dialogue with the LGBTQI community. This was a concession that came because of international pressure. Of course, it remains to be seen what will happen on the ground. We have to keep the pressure on.

Civic space in Indonesia is rated as ‘obstructed’ by the CIVICUS Monitor.

Get in touch with T King Oey through Arus Pelangi‘s website.