WOMEN’S RIGHTS: ‘Anti-rights groups are trying to take away our acquired rights’ 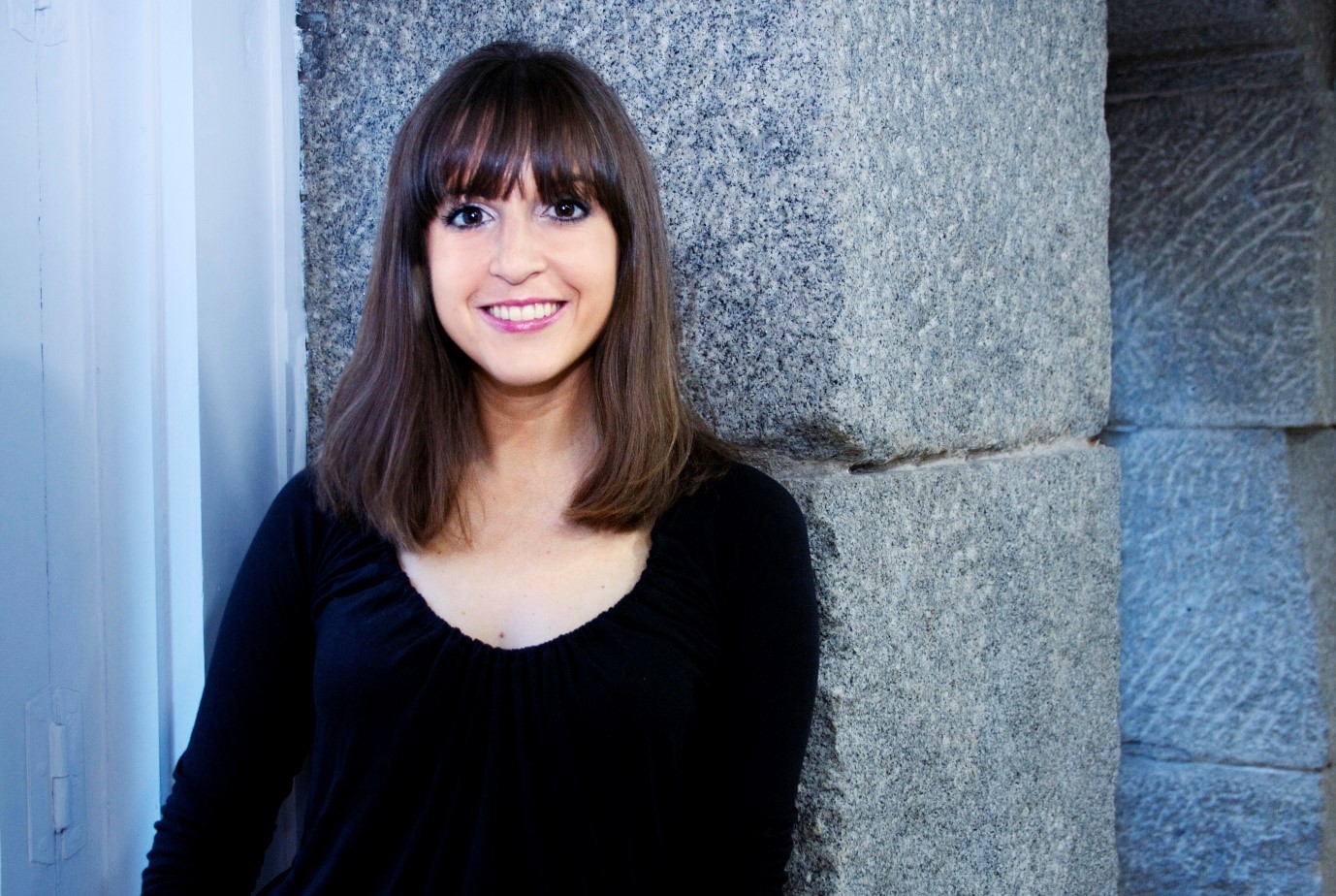 As part of our 2019 thematic report, we are interviewing civil society activists and leaders about their experiences of backlash from anti-rights groups and their strategies to strengthen progressive narratives and civil society responses. CIVICUS speaks to Teresa Fernández Paredes, a lawyer specialising in International Public Law and one of Women's Link’s Managing Attorneys. With offices in Colombia, Kenya and Spain, Women's Link defends and promotes women's rights and seeks to create structural change through strategic litigation.

What does Women's Link do, and what are its main areas of work?

Women's Link is an international organisation that uses the law - most of us are lawyers - to promote structural social changes that advance the rights of women and girls, and especially of those in the most vulnerable positions, such as migrant women or women who find the exercise of their rights restricted due to their ethnicity, age or socioeconomic status, among other factors.

We work from our headquarters in Madrid, Spain and have offices in Bogotá, Colombia and Nairobi, Kenya. We apply a gender and an intersectional analysis to the law in order to expand and improve the rights of women and girls. We work in some areas, such as sexual and reproductive rights, where we collide head-on with anti-rights groups. We also focus on human trafficking, and especially on the trafficking of women for sexual exploitation or domestic servitude and the violations of their rights suffered by women in migration or transitional justice contexts. We also focus on discrimination, as a cross-cutting issue. We use several strategies: in addition to strategic litigation, we conduct judicial training and produce publications, among other things.

What are currently your main areas of work in Latin America?

One of our main lines of work in Latin America is access to sexual and reproductive rights, broadly understood. In the context of the ongoing Venezuelan migration crisis, we are working on the link between migration and lack of access to these rights. We examine issues such as the effects of irregular migration status on the enjoyment of these rights, and the situation of border areas as spaces that are not ruled by law.

Working in Venezuela has been a great challenge, given the country’s current situation. What we do, here and in all cases, is apply international legal standards to the local context. But it is important to bear in mind that generally speaking, law - and not just domestic legislation, but also international human rights law - is very centred on men. Over the years, norms and regulations have been developed around the image of the white man as a universal subject.

Our approach to the law is to stretch it to accommodate the experiences of women, because within the human rights framework, women's issues are often left aside. In the context of Venezuela, we work a lot with the inter-American human rights system. For example, we recently requested a precautionary measure for a maternity clinic where many mothers and children had died. The Inter-American Commission on Human Rights issued the precautionary measure, but in the current context it would seem difficult to implement it. However, it serves the purpose of drawing attention to the specific situation of women and girls. And all this work also helps encourage understanding why women leave Venezuela: what drives them, as women, to migrate; and what needs they have when they are in transit and when they arrive at their destination.

In addition to working in Venezuela, several of our projects focus on ensuring that women’s lived experiences and voices are heard in the context of the peace process in Colombia. We do this mainly from our office in Bogotá, and always jointly with community organisations, so as to try to make heard the voices of people at the margins who are not reached by decision-makers.

Over the past years anti-rights groups have been on the rise, in Latin America and beyond. Have you faced backlash from these groups in the course of your work?

The context in which we work is strongly marked by the rise of anti-rights groups that say they are mobilising against what they call ‘gender ideology’. But this is not a new phenomenon: anti-rights groups have been busy building connections and expanding since the 1990s. They have a lot of money and there is one thing they do better than groups on the left: they are very effective in creating connections and coalitions among themselves; even when they work on different issues they are able to find common ground. For instance, all of them have coordinated to place the gender ideology theme on the table and raise it everywhere, as a result of which something that was not even a concept ended up as a global issue. They have managed to position this on the agenda, which is more difficult to do for groups located on the left, where there is more discussion around the issues and it is more difficult to coordinate and speak with one voice. That is why we still do not have a unique and conclusive response to the attacks we face in the name of gender ideology.

Anti-rights groups are trying to take away our acquired rights. And they are doing it by using the same discourse that has been successfully used by human rights groups. They talk about human rights and they position themselves as victims. They even depict feminists as diabolical agents, giving feminism more power than you would think it has. Due to the fact that Women's Link is based in three regions, we can clearly see that the same strategies are being used in different places. These groups are using coordinated strategies, they have lots of money and they enjoy global support. As they use the language of human rights, they have increasing legal representation, and they have begun to occupy spaces in strategic forums, where decisions are made, including the United Nations and the Organization of American States.

How can progressive civil society act to curb these advances?

Faced with these attacks it is important to act quickly through the law. We must continue working to strengthen the human rights framework and shield rights against these attacks. We must design not just defensive strategies, but also proactive strategies to expand the human rights framework, or at least to take away some of the spaces in which anti-rights groups move.

However, if we want to create lasting social change we cannot remain in the realm of the law and the courts. What we need are cases that cause people to mobilise, generate public debate and produce real social change. In that sense I see positive developments, like the #MeToo movement and the so-called Green Tide in Argentina. That is, we are seeing two opposing processes: on the one hand, anti-rights groups are growing; on the other, strong mobilisation around these issues is happening from the ground up and with a strong youth component. Such was the case with the Green Tide, which created unprecedented mobilisation while a proposal to legalise abortion was being discussed in the Argentine Congress. No doubt the two processes are very likely connected, and one is a consequence of the other.

These social movements are good reason for hope. In the face of attempts to cut back on acquired rights, there is a very active movement that says, look, this is an acquired right, you cannot take it away anymore. There is no going back: looking forward, you can only expand the rights framework, but you cannot diminish it.

In addition to attacks from anti-rights groups, what other challenges do civil society promoting women’s rights face?

Women's Link is dedicated to identifying structural situations where women's rights are violated and to designing legal strategies to generate structural, transformative change. Meanwhile, grassroots organisations - for example, those in border areas between Colombia and Venezuela - are increasingly taking on, in conditions of urgency, functions that should be performed by the state. In these contexts, most of the response is coming from civil society organisations.

These grassroots organisations are responding to a very serious situation, and the needs of the women they work with are very urgent, and yet all we can do at Women's Link is support them through strategic litigation, which usually takes a long time.

Difficulties of working with scarce resources aside, it is vital to build relationships, connect and coordinate, because the potential contribution that Women's Link has to offer would be useless if it weren’t for the work that is being done by grassroots organisations and for the voices and support of women themselves.

A new law in Hungary, passed at the height of the COVID-19 pandemic, prevents trans people from...