THE GAMBIA: ‘I use my art to effect change, and that is why I am being targeted’ 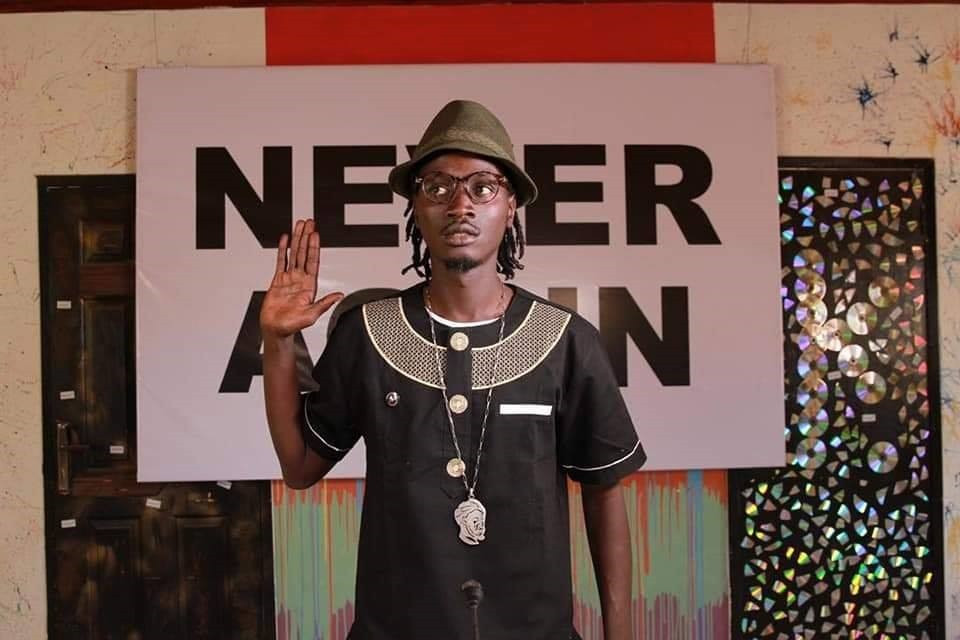 On his way to participate in International Civil Society Week (ICSW) in Belgrade, Serbia, the Gambian rapper and activist Killa Ace was detained at the Gambia-Senegal border on flimsy excuses, causing him to miss his flight and making him unable to attend the gathering. He speaks to CIVICUS about his experience, the reasons why governments are trying to silence activists who voice criticism through art, and the overall context in The Gambia since its democratic change of government in January 2017.

You were recently detained at the Gambia-Senegal border on your way to ICSW, the global civil society gathering convened by CIVICUS. Can you tell us more about this experience?

In early April 2019 I was on my way to Belgrade, where ICSW was being held, and when I arrived at the Senegal-Gambia border, officials on the Senegalese side called me in for screening. At first, I was searched by a drug squad officer. He searched me with confidence and bitterness, only to find nothing. I got handcuffed and all the papers that I had on me were taken. I wasn't allowed to make calls and I was held in detention for five hours. I was finally released at 8.30pm, and my flight was at 10.00pm, so it was impossible for me to make it to Dakar airport in time.

In an attempt to justify my detention, the officer explained that they were allowed to keep me detained until the legal time was up. This gave me the impression that this was a calculated delaying tactic aimed at depriving me of the opportunity to participate in an international civil society forum abroad and express concerns about corruption, governance and the daily problems of citizens in The Gambia and Senegal.

Why do you think you were targeted?

I think I was targeted for being an activist. I’m a well-known partner of the Y’en a marre (‘I’m fed up’) movement in Senegal, which opposes the current Senegalese government. This group was formed by rappers and journalists in 2011, to protest against ineffective government and to call on young people to vote, which was done very effectively and helped oust former Senegalese president Abdoulaye Wade. I believe that my affiliations and connections with Y’en a marre, in addition to me being very vocal on corruption and other major issues, led to further intimidation and the prolongation of my detention.

Other members of Y’en a marre have faced similar restrictions. A group of Y’en a marre activists were held for hours at the border in December 2018, on their way back to Dakar from a joint event we organised in The Gambia.

I think my detention was based on profiling and used as an intimidation tactic. Based on the manner in which I was detained and what transpired during my detention, I've come to realise that at the beginning I was suspected of having drugs; in fact, the officer who conducted the search seemed very confident that I had illegal substances on me. But after a thorough search and as nothing was found, my documents, including my bank card, were confiscated for a few hours. What was most alarming was that when he returned with my documents, the officer said, “We know that you’re Killa Ace and you are part of this movement,” while pointing at a bag of t-shirts that I had with me. The t-shirts had the phrase ‘Get involved in entrenching The Gambia’s future’ printed on them and were part of the advocacy material for the Get Involved project my organisation is currently working on in partnership with the Constitutional Review Commission. The t-shirts were for distribution among fellow ICSW participants.

Have you experienced similar restrictions in The Gambia after the country underwent democratisation?

I have recently experienced similar restrictions in my own country. In October 2018 I was profiled, arrested and severely brutalised by members of the Gambia Police Force, and more precisely, officers from the notorious, newly established Anti-Crime Unit. I was detained at the Anti-Crime Unit camp and later charged with bogus accusations, including assaulting a police officer and breaking the peace, and taken to court. I am still being prosecuted and am next in court in May 2019.

Do you think this is an ongoing trend affecting other civil society activists as well?

I do believe that this is part of an ongoing trend. Mine was just one case among many. The first victim of abuse under the administration of President Adama Barrow, inaugurated in January 2017, was Dr Ismaila Ceesay, a lecturer and public commentator. He was arrested in January 2018 for speaking out about the fragility of the security sector in The Gambia. He was never charged, and he was only released following pressure from civil society. Another prominent activist who was arbitrarily arrested was Dr Amadou Scattred Janneh, an environmentalist who was also slapped with fictitious and frivolous charges. As well as these cases of well-known activists, countless anonymous civilians have been assaulted and unlawfully arrested.

How much real change has taken place after the 2017 inauguration of a democratically elected government?

During President Yahya Jammeh’s authoritarian government, I left the country and moved to Senegal. I returned full of expectations after Jammeh’s rule was over, but I continued to speak up about issues affecting ordinary Gambians under the new regime, including police abuses and corruption.

It is now apparent that the new regime is using the same intimidation tactics as its predecessor in an effort to silence activists and critical opponents. The change of government has been a major disappointment to me, as the same system and laws are still in place and being enforced. None of the promised institutional reforms ever truly materialised. The security sector hasn’t been reformed and still harbours brutal and cruel officers, many of whom perpetrated human rights abuses under the former dictatorial government. Following the case of Dr Ceesay, in February 2018 The Association of Non-Governmental Organisations (TANGO), the national civil society network, issued a resolution condemning the growing trend of abuse and police brutality under the Barrow administration, and demanded the accountability of all officers responsible for arbitrary and unlawful arrests and detentions. But those responsible for systematic intimidation and abuses remain unpunished.

In sum, nepotism, corruption, selective justice and police brutality are still common in today’s ‘new democracy’. The freedom of assembly is still not guaranteed, and the administration has warned citizens against participating in demonstrations and protests. In 2017 we organised a protest, Occupy Westfield, to express our dissatisfaction with lack of water and electricity, and were dispersed by groups of heavily armed security personnel.

In 2018 I helped organise a peaceful demonstration under the hashtag #Defadoy (‘enough is enough’), calling for the end of police brutality, corruption and environmental exploitation. And while the new government was being accused of corruption, I recorded a song titled ‘Combat Corruption’. So I can see why the government views me as an enemy.

I am often targeted, stopped and screened when I go out. Recently the security forces have been raiding recording studios in the hope that they will catch me doing something illegal that they can use to pin me down. With all the harassment going on, I don’t feel safe any longer.

Would you tell us more about your work?

I’m a rapper and activist. I use my art to effect change, sensitise people and address social issues. I think messages are all the more effective when delivered in a language that young people understand, as is the case with hip hop. I also host a radio civic education programme called The Gambia Tonight. And I am the founder and president of Team Gom Sa Bopa (‘Believe In Yourself’), a youth empowerment civil society organisation dedicated to raising awareness among young people through art and arousing their interest in national development. The movement engages artists and influencers to play an active role in civic education, to build community at the local level and play the role of national watchdogs, keeping our government and public officials accountable.

We are doing a lot of work that is necessary for democracy to work, and we would welcome any support we could get from international civil society, including funding to support projects, protection and risk mitigation initiatives, help to cover legal fees and capacity building. That is why attending ICSW was so important to us, and that is exactly why we encountered insurmountable obstacles to attend.

Civic space in The Gambia is rated as ‘obstructed’ by the CIVICUS Monitor.

CIVICUS speaks about the prospects of The Gambia’s former dictator Yahya Jammeh being put on trial with...

Disinformation campaigns are on the rise in East Asia as states use false information to shape...