PAKISTAN: ‘The environment for civil society is suffocating’ 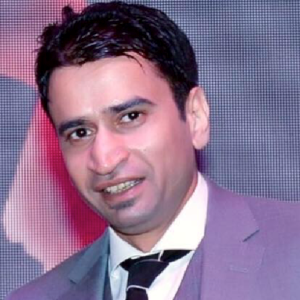 Throughout 2018, the space for civil society continued to deteriorate in Pakistan, particularly in the context of July’s election. CIVICUS speaks about the increasing restrictions on criticism and dissent with Aasim Saeed, a Pakistani blogger who in 2017 was abducted and tortured for his online posts. After his release, Aasim was granted asylum in the UK, where he now lives.

How would you describe the environment for civil society in Pakistan over the past year?

I would describe it as suffocating. The government uses harassment, threats, abduction, blackmailing through family members, torture and in certain cases death to curb dissent. Restrictions on the freedom of expression have increased and a lot of media houses have resorted to self-censorship. Newspapers are being forced not to give coverage to dissenting voices. For instance, Express Tribune, the Pakistani version of the New York Times, was recently forced to leave blank spaces when an interview with the leader of the Pushtoon Protection Movement, Manzoor Pashteen, was published in its international edition.

Behind these restrictions are most certainly the military, who abuse the 2016 Prevention of Electronic Crimes Act (PECA) and the Anti-Terrorism Act. They have started to apply PECA against anybody who tries to raise their voices through social media, as this is the only remaining outlet available for people to raise their concerns.

The most threatening part is when Pakistan’s intelligence agencies use electronic, print and social media to accuse activists of sedition. It gets life-threatening when religion is used as a tool and accusations of blasphemy are levelled against activists. Articles 295-C and 298 of the Penal Code make the death penalty mandatory for those found guilty of blasphemy. Scarily, those accused hardly ever make it to court, because they are often lynched by street vigilantes.

The politically motivated use of blasphemy laws is widespread. Professor Junaid Hafeez, a former lecturer in English Literature, has spent years behind bars, often in solitary confinement, due to false blasphemy accusations that were politically and personally motivated. His legal case has not progressed from the District Court in years. Every time a verdict is expected, judges get themselves transferred, while one of Junaid’s key lawyers was shot dead in the early days of the case.

The situation worsened as the July 2018 elections approached, as opposition parties were challenging the military-backed party that went on to win the elections. Opposition parties weren’t given much coverage on mainstream media and on election day their results were delayed. Serious allegations of large-scale vote rigging were raised as the electronic result transmission system was made to look like it had failed when it hadn’t; the delay was caused intentionally so that ballot papers belonging to various opposition parties could be manually voided. In several districts the number of rejected votes was much larger than the margin of defeat. The number of rejected votes was higher than ever before, even in districts where the total number of votes cast was lower than in the past. In some places a recount was done and the opposition gained a number of extra seats; however, no recount was allowed in key districts, where it was ensured that the military’s puppets got elected.

Many people don’t give up and still raise their voices, but it’s increasingly dangerous to do so, because people are getting abducted for their Facebook posts or tweets against the powerful military junta or their ‘selected’ prime minister. They have recently started to react if you make online criticisms of the prime minister or any minister. Calling the prime minister a crook can land you in jail. They used to allow criticism of politicians but they are not allowing it anymore.

You have experienced persecution for exercising online free expression. Can you tell us more about your case?

In 2017 I was living and working in Singapore, but in early January that year I was in Pakistan for my brother’s wedding when I was abducted from my family home, in broad daylight, by several men in plainclothes who I believe were elements of the security forces. At the time I administered a Facebook page critical of the military establishment, Mochi, and I had been accused repeatedly on mainstream media outlets of promoting blasphemy on social networks.

Three other bloggers and activists who were also critics of the military and religious establishment were abducted at about the same time. Our websites and blogs were shut down as we were abducted, suggesting the two things were connected.

Initially I was interrogated about Mochi and ordered to hand over the passwords to my email accounts and mobile phone. Then I was moved to a secret detention facility where I was held alongside people who I think were religious terrorists. I was beaten until I lost consciousness, and moved several times. At another detention facility closer to the capital, Islamabad, I was subjected to polygraph tests while being repeatedly questioned about alleged links to the Indian intelligence service, which of course I don’t have. My interrogators also analysed my Facebook posts and interrogated me about the reasons why I was critical of the army. Several times I thought I would be killed.

I was gone for about three weeks and was extremely lucky to be released, because many missing persons never return home. Fortunately, there were protests and solidarity actions in Pakistan and around the world, and the Pakistani government was pressured into providing information and eventually releasing me and other kidnapped bloggers and activists. At the same time, a counter-campaign was held by right-wing religious clerics and TV anchors who kept accusing us of blasphemy. But for once, pressures to hold the government accountable for its human rights violations had a positive effect.

What actions should the Pakistani government take to safeguard democratic space?

At a very basic level, the Pakistani government should adhere to the Universal Declaration of Human Rights and respect United Nations resolutions. Citizens should be allowed to speak up and freedom of speech or dissent shouldn’t be equated with treason, which is currently the case. For instance, if you criticise any government institution, and the military or the army in particular, you will be called a traitor and are likely to be booked under charges of treason or sedition, and in certain cases blasphemy. The space for civil society has gradually been reduced and even members of parliament have been abducted for expressing criticism of the government in their parliamentary speeches.

Civic space in Pakistan is rated as ‘repressed’ by the CIVICUS Monitor.