CAMBODIA: ‘We need to bring back to life the spirit of the Paris Peace Agreement’ 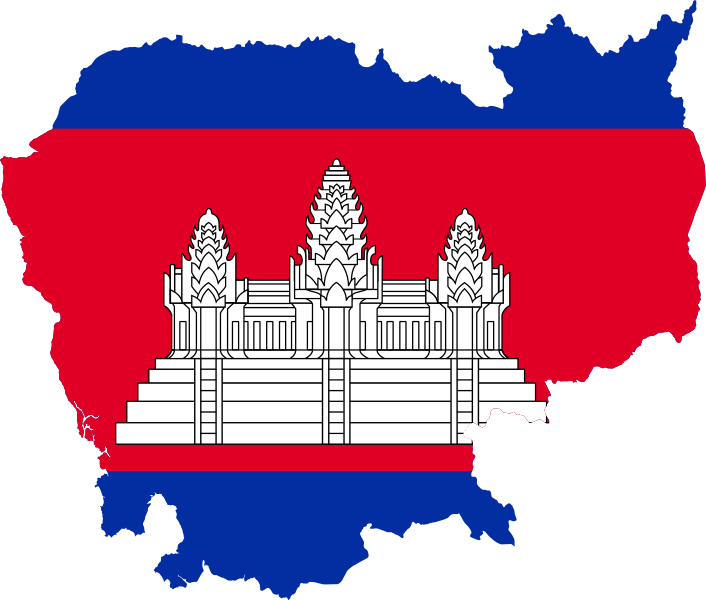 The conditions for civil society in Cambodia have continued to deteriorate. In 2018, the government imposed further restrictions on the right to the freedom of expression and grew increasingly intolerant of public protests in the run-up to elections, ahead of which the main opposition party was banned. CIVICUS speaks about these restrictions with a civil society representative who asked to remain anonymous due to security concerns. Our interviewee reflects on the conditions that should be met so that Cambodia can evolve from a one-party state to a functioning democracy.

What restrictions were imposed around the July 2018 elections, and to what extent was civil society able to work around them?

Cambodia held an election of representatives for the National Assembly on 29 July 2018. This was an election without an opposition, because after the opposition Cambodia National Rescue Party (CNRP) made unprecedented gains in the June 2017 local elections, it was dissolved by the Supreme Court on the grounds that it fostered dissent with the assistance of foreign powers. As was expected, the ruling Cambodian People’s Party won nearly all the 125 seats that were at stake.

The government had initially invited international civil society organisations (CSOs) to take part in the election monitoring process. However, most declined when they confirmed that there were structural issues, including the dissolution of the opposition party and the lack of independence of the National Election Committee, that would make the elections unfair and non-inclusive.

There was very little space for civil society to engage with the government. Due to the vague requirement of ‘political neutrality’ imposed by the 2015 Law on Associations and Non-Governmental Organisations (LANGO), CSOs are supposed to be politically neutral even when they take part in dialogue forums related to political processes. The political neutrality clause has been repeatedly used to shut down independent CSOs or deny them registration. On top of this, the informal election monitoring platform run by civil society was banned the government. The government-approved monitoring groups, which went on to endorse the results, had close ties to the ruling party.

A number of laws and regulations were used against civil society, including but not limited to the LANGO, the Anti-Corruption Law and the Taxation Law. Anti-corruption charges against CSO activists, the shutdown of media channels and various forms of intimidation introduced additional restrictions on the operations of civil society. The government applied a regulation, Notice No. 175 - which was rescinded afterwards, in November 2018 - that required CSOs to notify the local government three days in advance of conducting any field activities. Seeing regulations being introduced and strictly enforced, civil society also resorted to self-censorship around the elections.

Additionally, a document produced by the Council of Ministers’ Press and Quick Reaction Unit, the White Paper on the Political Situation in Cambodia, singled out several CSOs as being linked to an allegedly foreign-backed attempted ‘Colour Revolution’. Pro-government media also disseminated the idea that some CSO leaders had engagements with the Colour Revolution and the CNRP. On top of this, some CSO leaders moved from civil society into the political arena. All of these had a negative impact on the visibility of civil society to the public.

Most independent media channels were shut down or suspended. As a result, civil society lacked the appropriate channels to voice its concerns. Alternative spaces on social media also declined, as cases proliferated of social media activists being arrested for their online posts or blogs. There was a crackdown on online freedoms before the elections, and internet censorship increased. Surveillance technology was used to monitor digital communications. Lots of conversation clips involving opposition party members, civil society activists and CSO leaders were released and used as proof to support accusations against civil society.

In sum, the already-reduced space for civil society shrank even further around the elections, due to the existence of extremely limited opportunities for multi-stakeholder dialogue, the intensive use of a repressive legal framework, attacks against the image of civil society and a reduced public visibility, and lack of access to traditional media along with online restrictions and digital security issues.

What needs to happen so that Cambodia can advance towards democracy?

In my personal opinion, in order to become a democratic state with a plural regime, the government of Cambodia should, first of all, provide opportunities for the leaders of the former opposition party to resume their activities, even through new political parties. If votes could be cast for individuals rather than political parties, that could help.

Second, it needs to bring back the culture of dialogue between the ruling party and the former opposition party and see how best they can understand each other and ensure that their activities cause minimal harm to each other and to the nation.

Finally, the government should request support from the international community, and particularly from the signatory states of the 1991 Paris Peace Agreement (PPA) that put an end to the Cambodian-Vietnamese War. As well as providing for a ceasefire, the end of outside military assistance and the withdrawal of foreign forces, the PPA included provisions to ensure the exercise of the right of self-determination by the Cambodian people, through free and fair elections, and on national reconciliation. We need to bring back to life the spirit of the PPA.

How is the international community helping, and what more should it do to help?

It is my general understanding that various actors of the international community have adopted different positions. Western states such as European countries, the USA and Australia have shown concern about the lack of progress towards democracy in Cambodia, as well as the lack of guarantees for the electoral process. They have made some key asks and put some pressure on the government to address their concerns. They have pressed the government by placing conditions on future collaboration, suspending Cambodia’s preferential trade benefits under the European Union’s (EU) Everything But Arms (EBA) free trade scheme and withdrawing support from specific sectors.

At the same time, China and other countries maintained their full support of the government during the electoral process and, more recently, as the EU initiated procedures to suspend Cambodia’s trade preferences temporarily. Overall, Cambodia is seen as standing between two powers and need not take either side.

It is very important to note that, besides hurting the government, any diplomatic or trade conflict between Cambodia and other countries would also have a lot of negative impacts on the public, including civil society. For example, the suspension or elimination of EBA benefits would cause several challenges as a result of its effect on the trade balance, employment and investment.

I would like to see the international community establish effective coordination mechanisms among its various parties in order to have a unified voice on the situation in Cambodia. They should use an existing powerful mechanism such as the PPA, which is still in effect, and which makes it binding for all signatory states to support Cambodia in its path towards full peace and prosperity.

🇧🇩#Bangladesh: Over 100 days since dissident writer, Mushtaq Ahmed, was killed in prison. The...