DRC: ‘The 2018 elections carried the hope of change’ 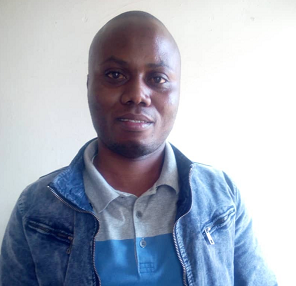 Following the publication of our report, ‘Democracy for All: Beyond a Crisis of Imagination’, we continue to interview civil society activists and leaders about their work to promote democratic practices and principles, the challenges they encounter and the victories they score in doing so. In the aftermath of the December 2018 election in the Democratic Republic of the Congo (DRC), which led to a new president being elected, CIVICUS speaks to Pascal Mupenda, Programmes Director of Partnership for Integrated Protection (PPI), a not-for-profit, non-partisan and non-religious civil society organisation that seeks to protect human rights defenders and promote peace. Pascal is also the national rapporteur of New Dynamics of Civil Society in the DRC (NDSCI), a network of organisations established in 2013 to strengthen citizen action in the DRC. It currently has 103 local member associations, including two citizen movements.

Félix Tshisekedi has just been inaugurated as President of the DRC. What were the major challenges encountered in the DRC between the elections of December 2018 and the inauguration?

General elections were held in the DRC on 30 December 2018 to elect the successor of President Joseph Kabila, as well as to fill the 500 seats of the National Assembly and 715 Provincial Council seats. The post-election situation has been marked by four major elements.

After the elections held on 30 December 2018, the Independent National Electoral Commission (CENI) provisionally proclaimed the victory of Félix Tshisekedi, the candidate of the Cap pour le Changement (CACH) coalition. In response, supporters of Martin Fayulu, the Lamuka coalition candidate, began demonstrating and faced bloody police repression. In the meantime, Martin Fayulu filed an appeal with the Constitutional Court to contest CENI’s provisional results and request a vote recount at all polling stations. Several electoral observation missions, such as those of the Catholic Episcopal Conference of Congo (CENCO), the Catholic Church, the Southern African Development Community, the African Union (AU) and Congolese civil society organisations (CSOs) also supported this approach, claiming that they hold evidence in that regard.

Notably CENCO, which had deployed the largest number of election observers - around 40,000 - said that its data did not confirm Félix Tshisekedi’s electoral win. On this basis, Martin Fayulu has consistently called for the intervention of the national and international community to ensure that votes are counted and the popular will is respected. Thus, on 17 January 2019, AU heads of state requested the Constitutional Court to postpone its ruling, scheduled for 19 January, and offered to send a delegation that would arrive on 21 January, to try to solve the blossoming crisis. Their mission was cancelled as the Court went on to issue a ruling on 19 January as planned.

As expected, the Constitutional Court confirmed and proclaimed Félix Tshisekedi as President of the DRC, after rejecting Martin Fayulu's request on the basis that it was unfounded. As soon as the decision was made public, Martin Fayulu held a press briefing saying that he rejected the ruling and considers himself the sole legitimate president, urging Congolese citizens to hold peaceful demonstrations to demand “the truth of the polls.” But apart from some demonstrations in a few places, overall a precarious calm persisted over the country. However, at the last minute the inauguration ceremony, initially scheduled for 22 January, was postponed, eventually taking place on 24 January.

Second, there is the fact that the results of provincial and national elections were also challenged in several provinces across the country. CENI proclaimed these results when most of the paper ballots remained in the various localities and had not yet been compiled. Therefore, people wonder where CENI got those results from, given that the law does not allow for electronic voting, let alone electronic transmission of the results. Demonstrations around this issue are now taking place almost daily in various parts of the DRC. In the provinces of Kasai, North Kivu and South Kivu, for example, the population has continued to march to say ‘no’ to the election results. The vast majority of Congolese citizens, who voted for change, find it inconceivable that, although President Kabila's nominated successor failed miserably in his bid for the presidency, his Common Front for Congo (FCC) coalition seems to have won an overwhelming majority of provincial elections and the majority of national legislative seats in 23 of DRC's 26 provinces.

Third, the context has been marked by the violation of the Congolese people's right to access information. Indeed, for more than three weeks, the internet connection and signals from foreign media such as Radio France Internationale (RFI), TV5 Monde and France 24, as well as the text messaging system, were interrupted. To access the internet, listen to foreign radio, or watch foreign television, one had to resort to foreign internet providers. The shutdown of communications, along with the restrictions on the freedom of assembly following the elections, were aimed at creating an environment in which the civil and political rights of the Congolese citizens could more easily be violated.

Finally, threats against HRDs, which had been massive before the elections, have not relented. The South Kivu artivist known as Cor Akim recently went missing and was found unconscious three days later. I was harassed and arrested during an observation mission and kept overnight in the Bukavu police headquarters. Several activists from the Lutte pour le changement (LUCHA) social movement were arbitrarily arrested. These are just a few of the many cases that PPI published in its monthly newsletter’s December 2018 edition.

What was the significance of these elections for Congolese citizens?

For Congolese people, the 2018 elections carried the hope of change, on hold since 2016, when the second and last term of incumbent President Joseph Kabila ended without him stepping down. For the first time in history, our country could now have both an outgoing living president and a living incoming president. All our previous presidents were either murdered before leaving power or driven out and forced to live in exile before being eventually murdered.

But the elections would have been more interesting if the process had been inclusive. Some candidates were excluded as a result of politically motivated prosecution. In addition, CENI greatly undermined the credibility of the elections, especially because of the way it compiled results. Today most elected officials are young, but at the same time many are also from the FCC, which means that voters’ expectations of change will not necessarily be fulfilled.

In sum, the elections were more significant in terms of voter aspirations than because of their results.

What roles did civil society play in trying to make the elections as free and fair as possible?

In the face of the elections civil society launched several campaigns calling for the renewal and rejuvenation of the political class. These included the ‘We, the Youth Can' campaign carried out by PPI alongside other CSOs. Numerous young people ran as candidates.

Civil society also worked hard to raise awareness of the importance of elections. It contributed with awareness campaigns and programmes to encourage people not only to demand elections, but also to make a useful and responsible use of their vote to achieve the desired change. Thanks to the work done by CSOs, the population had a relatively good understanding of the voting method and how to use a voting machine, although it was not possible to guarantee total mastery of the voting machines by a population that is more than 80 per cent illiterate.

In addition, many CSOs denounced the human rights violations orchestrated during the election campaign. They also collaborated with CENI to make sure the electoral calendar was respected, and everything was done in conformity with the Constitution and electoral laws.

Civil society has continued to play an important role during the examination of the candidates’ appeals to both the Constitutional Court for the presidential race and to the Courts of Appeals for the national and provincial legislative elections, providing evidence that the results from polling stations diverged from the provisional results that were proclaimed.

Do you think the state of democracy in the DRC will improve in the short term?

An improvement of the state of democracy in the DRC is possible, but some preconditions are necessary for it to happen. First, there needs to be systemic and systematic change of government personnel. If CENI would proclaim the actual results yielded by the ballot it would help avoid a popular uprising. It would also be wise for the Constitutional Court and the provincial courts of appeals to manage properly the cases surrounding national and provincial legislative seats so that the door to violence does not open.

Second, local and municipal elections should be held, as provided for by the electoral law, in order to bridge the gap between rulers and ruled.

Third, the justice sector should be reformed, including by strengthening its technical and managerial capacities.

Fourth, bilateral partnerships between the technical bodies of ministerial cabinets and CSOs should be formed so that joint approaches are adopted to face the challenges of democracy.

Finally, fundamental freedoms must be respected and tolerance encouraged, so that public space gradually opens up.

What should the international community do to help improve democracy in the DRC?

The international community can contribute in many ways. First, it should provide sufficient financial resources to CSOs involved in the protection and empowerment of HRDs and pro-democracy activists. It should also support the participation of Congolese civil society in the United Nations Human Rights Council and the African Commission on Human and Peoples’ Rights and their advocacy to question the Congolese government’s human rights record and demand that it respects the fundamental notions of democracy.

Second, it should promote accountability for war crimes and crimes against humanity, and for economic crimes committed by Congolese political and economic actors, often with the complicity of international partners.

Looking to the future, it should also support government plans for security reform and national development, with an emphasis on strengthening relations between civilians and the military in a way that enhances the protection of democratic gains.

Civic space in the DRC is rated as ‘closed’ by the CIVICUS Monitor.

Get in touch with PPI and NDSCI through their websites.

In 2019, the Nobel Peace Prize was awarded to the Prime Minister of Ethiopia, Abiy Ahmed Ali, “for his...

By David Kode, Advocacy and Campaigns Lead  President Ramaphosa and the AU have a crucial role in...