CHILE: Protests reveal lack of accountability of the Catholic Church 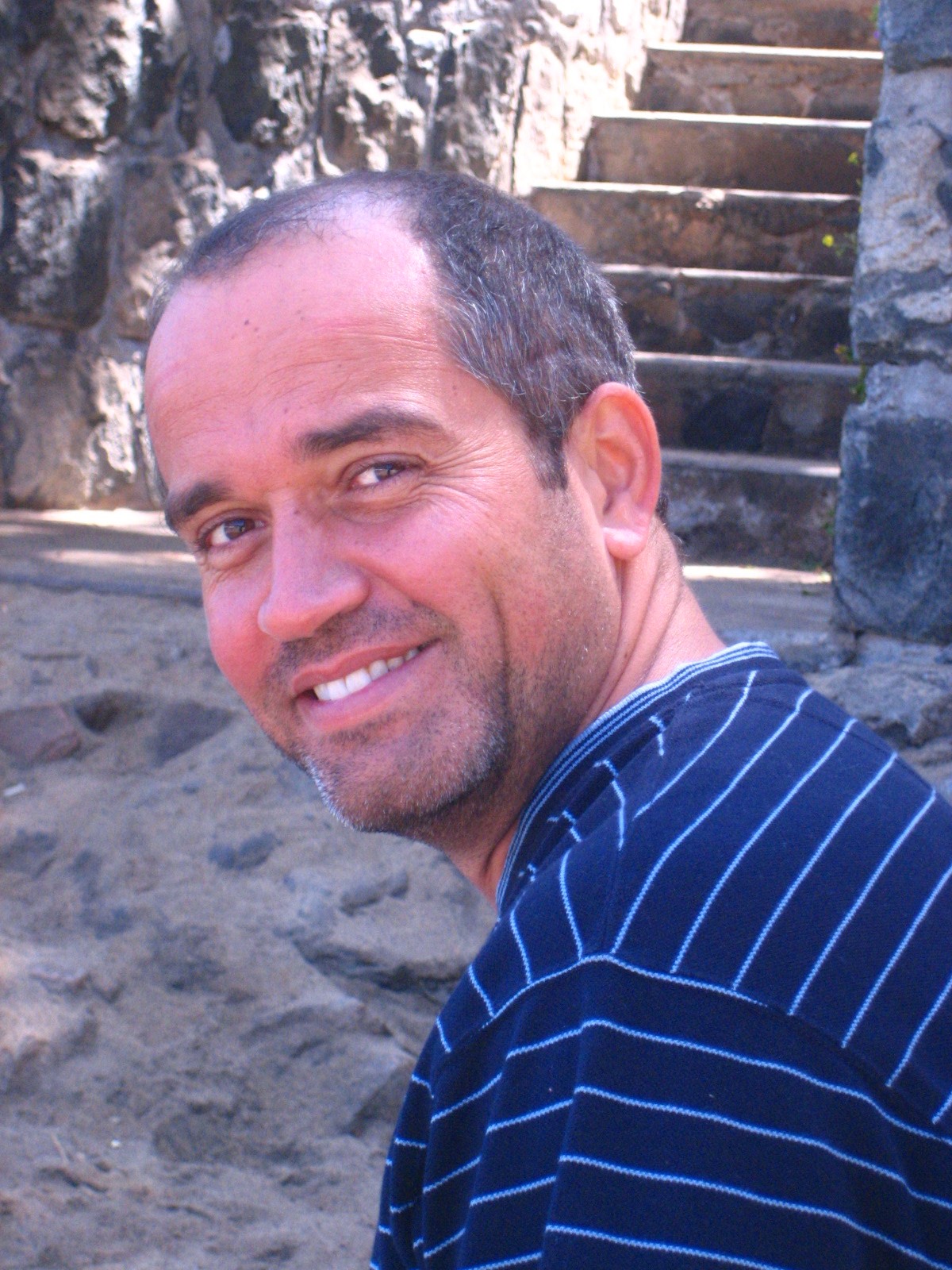 In 2018, protests broke out in Chile, and then spread to other countries, in reaction to revelations of sexual abuse perpetrated by Catholic priests. CIVICUS speaks about the response to this issue with Cristián León González, spokesperson of Fundación Voces Católicas, a Chilean civil society organisation dedicated to disseminating the views of the Catholic Church in the press and other public forums. Although it does not represent the Church in an official capacity, Voces Católicas is supported by its authorities, and seeks to represent the points of view of the institution in all their breadth and diversity. Inspired by a similarly named organisation in the United Kingdom, it was established in Chile in 2012.

First and foremost, it needs to be clear that within the Catholic Church sexual abuse is a third derivation of a practice of abuse that has been internalised by the ecclesiastical hierarchy. A complex crisis has complex causes. The mother of all abuses is undoubtedly the abuse of power, which has its clearest expression in clericalism, understood as a degradation of the priesthood due to a desire to rule over the laity - thereby turning it into a caricature of the priestly vocation. If we were to isolate the main factor leading to the toxic response of the Catholic Church’s leaders to the victims of sexual abuse, it is clericalism - a profound abuse of ecclesiastical power. From abuse of power derives the abuse of conscience, since processes of abuse do not only develop at the psychological and physical levels, but also within the most intimate realm, which is a person’s conscience. Abusers can be expert manipulators of the freedoms of thought and action, of a person’s experience of their own self, of morality and of a human being’s deepest dignity - in short, they can gain control of the victim’s conscience. This occurs because of the pre-eminence that has historically been given to the priest’s figure, in his supposed role as a man of God. And this is where the third derivation, sexual abuse, comes to the fore. This is the most visible expression of abuse and covers all acts of a sexual nature - from touching to rape - committed against minors, whether they involve violence, threats, intimidation due to the existence of a relationship of subordination, or taking advantage of a victim's inability to consent.

Calling attention to the existence of such chain of abuses is important so that this crisis becomes an opportunity. Only a good diagnosis will enable a good therapy.

How is the Church reaching out to survivors of abuse and listening to their voices? What else would it need to do?

After the resounding papal visit to Chile, in January 2018, the Pope's fierce reprimand to our Episcopal Conference ended with all of Chile’s bishops submitting their resignations. This made our Church slowly start taking actions to amend the grievances committed over decades to so many members of our congregation. Perhaps the most relevant action was the establishment of the Abuse Prevention Department within the General Secretariat of the Chilean Episcopal Conference, in charge of implementing the guidelines and criteria of the Episcopal Conference and its National Council for the Prevention of Abuses and Accompaniment of Victims.

A Delegation for Truth and Peace was also established to attend to the political, executive and investigative duties of the archbishopric of Santiago. It is responsible, among other things, for coordinating the complaints received by the Pastoral Office of Complaints and the Abuse Prevention Department and providing spiritual accompaniment to the victims. It also has investigative powers and a coordinating role with the Judicial Vicarage, the clergy and the archbishopric’s chancery, and with civilian institutions - the Investigation Police and the Courts of Justice.

All of which looks very nice on paper, but what is crucial is that these measures are actually implemented and for victims of abuse to feel that the Church is protecting and defending them. The weakest point of the Church’s response has been the lack, to date, of genuine - humble, personal and heartfelt - requests of forgiveness by our clerics; instead there have only been impersonal statements issued through the press. In this aspect we remain indebted.

The Church has not yet been reformed to the extent that is desired and required. For this to happen, it would be necessary to solve a very complex paradox, derived from the fact that modernity affirms itself on freedom, while the Church is based on authority. The Church does not depend on consensus, which inevitably results in conflict. Additionally, the Chilean Church is, by tradition, very clerical, and its leadership has an aristocratic cultural background and experiences difficulties when moving within the public sphere. It is an unhealthy church model that is not being able to reform itself to the extent that is necessary.

What impact do you think the protests organised around the papal visit in 2018 had in raising the profile of the issue of abuse?

Protests were key. But if Pope Francis had immediately listened to the demands of the Osorno lay group that Bishop Barros, who was accused of covering up abuses, be removed from the diocese, the force of the demonstrations would probably have diminished and the scandal would not have erupted - or at least not with the force it eventually had. During his visit, and especially after he left Chile, the Pope noticed the flaws and gaps in the reports he received from both the Chilean bishops and the nuncio - the papal ambassador - about the reality of the local Church. For that reason, after returning to Rome he immediately sent two envoys to investigate what was happening in Chile. It is a blessing to have a Pope who can make mistakes, rectify himself and amend his errors; this requires great humility and openness.

The National Prosecutor's Office, which investigates alleged sexual abuses and cover-ups, has reported that out of hundreds of cases brought against priests for these crimes, 148 are still open. These involve 255 victims, most of whom were girls, boys and teenagers when they were abused. Faced with these facts, which besides being sins are outright crimes, both civil society and the religious world have become aware of the Church’s complete lack of accountability towards the community, and of the existence of very limited accountability of administrative and pastoral management through formal evaluation processes. The availability of expeditious ways to denounce crimes of sexual abuse of minors to the competent civilian authorities is key, including the ability to keep the victim’s identity confidential. This is the main function of the National Council for the Prevention of Abuses and Accompaniment of Victims. The local Church has much to learn from civil society in terms of accountability, communication and management. Since it is governed by two laws - civil law and canon law - the clergy should have, if anything, an even greater responsibility.

What else needs to change in the Church to stamp out abuse and do right by abuse victims?

In November 2018, journalist Juan Pablo Sallaberry published in a Chilean newspaper, La Tercera, an article entitled ‘Ten ideas from the secular world to face the crisis of the Church in Chile’. I would take from it the points that I see as most fundamental and urgent.

First, end the culture of clericalism, in line with the ideas put forward by Pope Francis, who said that "the Church is not and never will be an elite of consecrated men, priests or bishops. [...] The laity are not our pawns or our employees."

Second, upgrade the role of the laity, which would allow for greater transparency and monitoring of the Church’s work.

Third, encourage more women’s participation. Like the rest of society, the Church needs to recognise the heightened role that women play. It should be noted that the female figure is a central one to Catholicism.

Fourth, hold a fluid dialogue between democracy and doctrine. Would it be too much to ask for lay people to be able to play a part in the appointment of bishops and pastors? There is a need to review the doctrine and confer greater relevance on central issues such as the Holy Trinity, the love of God and neighbour, and the presence of Christ in the Eucharist.

Fifth, create a Truth and Reparation Commission with moral authority and independence, working under the aegis of the state, providing guarantees to all sectors and adequately managing the issue of secrecy and publicity under international standards, and in charge of providing economic reparations to victims.

Finally, it is key to reach out to the younger generation. The Church will only heal and recover its vitality when those who lead it ask themselves all these questions and start backing their words and good intentions with actions.

Civic space in Chile is rated as ‘narrowed’ by the CIVICUS Monitor.

CIVICUS speaks with Mariela Infante Erazo, director of Corporación Humanas, about the impacts of...