CIVIL SOCIETY ACCOUNTABILITY: ‘As civic space is under attack, building trust in civil society is more urgent than ever’ 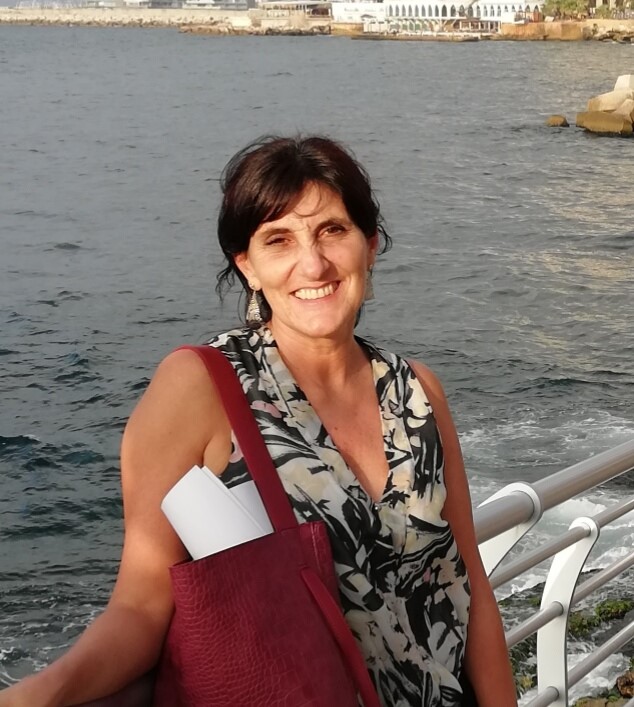 As part of our 2018 report on the theme of reimagining democracy, we are interviewing civil society activists, leaders and specialists about their work to promote democratic practices and principles, the challenges they encounter and the victories they score. CIVICUS speaks to Analía Bettoni, Projects Coordinator of the Instituto de Comunicación y Desarrollo (ICD), a Uruguayan civil society organisation that since 1986 has generated and disseminated knowledge and managed networks aimed at strengthening citizen participation and civil society advocacy and impact in Uruguay and in Latin America.

When we talk about accountability, it is governments that immediately come to mind. Why is civil society accountability important?

Civil society accountability is nowadays both a necessity and a duty. There are several reasons for this. Civil society has grown, it has gained visibility and has a more prominent role than ever in local, national and international development; as a result, it has a greater responsibility to account for what it does and how it does it. Just as civil society organisations (CSOs) are often hailed as examples because of their good actions, they are also examined, observed and questioned. As in other areas of human activity, some cases of corruption, misuse of funds or bad practices have been identified in some CSOs. This is a limited phenomenon, but if it is not dealt with properly, it may end up putting in question the legitimacy of civil society in general – not just of the organisations affected. In this sense, transparency and accountability are a factor of legitimacy and therefore an element that is necessary for the sustainability both of individual CSOs and civil society as a whole. But they are also ethical duties, as organisations use resources that are ultimately public, in the sense that they come from the public, whether they are handed to them by the state, international cooperation agencies, private companies or individual donors.

Unlike what happens with democratic governments, the legitimacy of civil society does not result from elections. On the contrary, civil society must produce and reproduce its own legitimacy every day through the work it does in defence of rights, the protection of the environment, the strengthening of democracy and in addressing the needs of the most vulnerable sectors.

Civil society works tirelessly to exert political and social pressure on behalf of marginalised communities, denounce government corruption and business practices that harm human beings and the environment, and protest in defence of the rights of women, young people and indigenous peoples, among many other actions. In addition, civil society has also had to defend its own space for action, which is also the space that those excluded sectors need to organise and mobilise for their rights. Civic space is being increasingly restricted throughout the world, as shown by the CIVICUS Monitor, according to which only four per cent of the world's population live in countries with open civic space, that is, where people can exercise their right to protest, express their views and associate without fear or arbitrary restrictions.

In that sense, a quick read of the news from Latin America reveals widespread and worrying phenomena, among which stand out the criminalisation and murders of human rights defenders, the excessive use of force to repress protests and the use of censorship, threats and attacks against journalists. Civil society is at the forefront of the fight against these threats.

Even so, for the reasons I mentioned, it no longer suffices to invoke the fact that we work for a noble cause to obtain legitimacy: it is necessary to demonstrate proactively where the resources come from with which that work is done, how they are used, what activities are carried out and what impacts they have.

Of what and to whom do CSOs need to be accountable?

What to account for? Basically, for everything they do: their objectives, their governance, their resources, their projects, their results. Good accountability requires each organisation to identify its closest stakeholders, their needs and expectations. Stakeholders may be external to an organisation, such as donors, governments, recipients or beneficiaries of their actions and the public, or internal to the organisation, such as members, associates and volunteers.

There is no single accountability model that works for all organisations: the missions and strategies of CSOs vary, as do the types of audiences to which they need to be accountable. An organisation providing social services may have to account for the quality of its services and its performance to donors, to the state agencies responsible for regulating such services and to the recipients or final users of those services. An organisation undertaking public policy advocacy, on the other hand, may need to build its legitimacy both with the communities or groups whose aspirations, interests or rights it represents, and with the actors it seeks to exert influence on, such as politicians, the government or public opinion.

But one of the central issues to highlight is that accountability cannot be limited to making information available to audiences. Strictly speaking, that is what active transparency is. Accountability is more than that: it requires the establishment of channels or mechanisms so that stakeholders can ask questions, make suggestions and demands and more generally give feedback, and through which a response can be provided to them.

Experience shows that CSOs tend to be much more attentive to donors’ demands than to the opinions of the people or groups they work with or represent. These are the most neglected accountability publics, and this is a problem. In this sense I would like to bring up an initiative, Resilient Roots, which CIVICUS is developing alongside Accountable Now and Keystone Accountability, and which seeks to assess to what extent reconnecting organisations to their main audiences through accountability can make them more resilient in the context of increasing challenges and threats to civic space. I think this is an important step in the right direction.

Your organisation, and yourself, have been working for almost a decade on the Rendir Cuentas regional initiative. Would you tell us more about it?

The Rendir Cuentas initiative was established in 2009 and brings together many CSOs from Latin America and the Caribbean. In addition to disseminating numerous information resources, such as practical guides for transparency and accountability self-evaluation and for the development of collaborative alliances, all these years we have promoted individual and collective accountability among civil society in several Latin American countries. These exercises of collective accountability have a twofold objective: to generate more transparency, and to provide greater visibility to the contributions made by organised civil society in each country. For this reason, each accountability exercise involves not only CSOs making their information public, but also campaigns or public events to present data on the human and financial resources that civil society as a whole mobilises and about the change or impacts that it creates with its actions. In the last cycle collective accountability reports were submitted by organisations in Argentina, Bolivia, Colombia, the Dominican Republic, Ecuador, Peru and Uruguay. These reports contain aggregate information for all participating organisations, and this does not exempt each of them from individually pursuing the highest standards of transparency and accountability, which we also encourage.

Finally, starting in April 2015, Rendir Cuentas has also taken part in the process to develop a Global Standard for CSO Accountability. This is an international project led by nine CSO accountability initiatives from around the world, with the objective of creating a self-regulation tool that can be used in any context, and with the purpose of reconnecting organisations with citizens, their partners, supporters, sympathisers, beneficiaries and donors in a dynamic accountability relationship that contributes to building trust and multiplying the impact of civil society actions in times when these are more necessary than ever, as civic space continues to be attacked.