BINDING TREATY: ‘It's not a silver bullet, but it will be a step forward in regulating excessive transnational corporate power’ 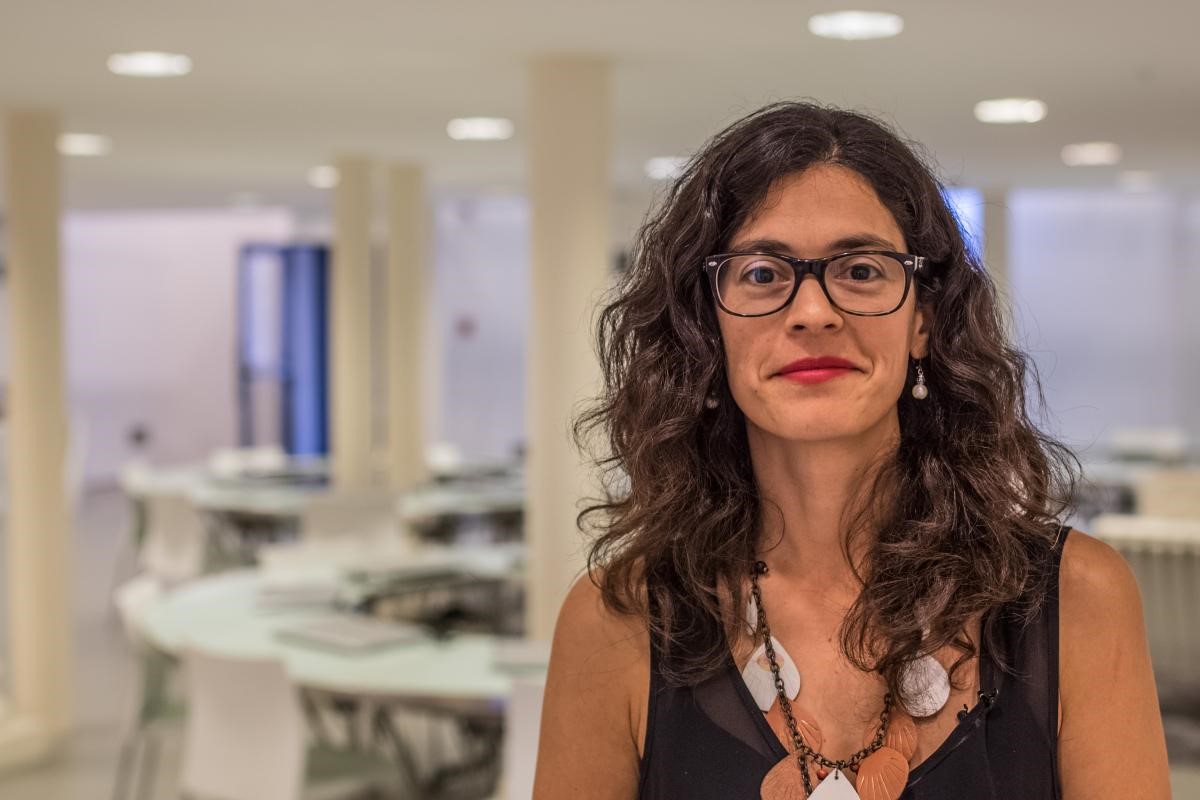 As part of our 2018 report on the theme of reimagining democracy, we are interviewing civil society activists, leaders and specialists about their work to promote democratic practices and principles, the challenges they encounter and the victories they score. CIVICUS speaks to Fernanda Hopenhaym, Co-Executive Director of Project on Organizing, Development, Education, and Research (PODER), a regional civil society organisation (CSO). Based in Mexico, PODER has a mission to improve corporate transparency and accountability in Latin America from a human rights perspective and strengthen civil society stakeholders affected by corporate practices to help them function as long-term guarantors of accountability.

What are the indispensable conditions for a fully functioning democracy? Is corporate power a limit to democracy?

A full democracy must be based on a rule of law that really works, with guarantees for the full exercise of human rights, transparency and citizen participation in all matters of public interest, an independent justice system to which access is ensured, and a serious strategy to combat inequalities.

Although some may view the private sector as an ally for democratic consolidation, Latin America continues to be the most unequal region in the world and corporations, particularly large companies, continue to operate opaquely. This has its roots in structural problems that have prevented our countries from truly consolidating democracy and sustaining their development. These political-institutional, socioeconomic and financial deficits have their distant origin in the conquest of Latin America, but deepened in the 1990s, when neoliberal policies failed to fulfil their promises of economic growth and development. As described by economist Álvaro Vargas Llosa, it became the norm for state enterprises to be handed out to friends of the government under monopolistic conditions, and this exacerbated a system already characterised by economic elite control of public decision-making. Joel Hellman and Daniel Kaufmann, of the World Bank, named this phenomenon state capture. These are the mechanisms by which corporate elites interfere with or exert undue influence over laws, rules and decrees for their own benefit.

A recent example of this is the package of so-called structural reforms implemented in Mexico since 2013: labour, education, energy and other reforms that changed the rules of the game for the most important sectors of the economy to facilitate investment and favour capital.

When we talk about accountability, we usually think about holding state agencies accountable. Why do you think it is necessary to strengthen the accountability of corporations?

Corporations play a key role in the global economy, and hold increasing power. Public-private links have deepened, the separation between the spheres of action of business elites and governments has become very tenuous, and this has contributed to state mechanisms failing to regulate and balance the interests of corporations with the public interest effectively. That is why it is key that organised citizens focus their efforts on demanding accountability, higher standards of transparency and responsibility from companies for the negative impacts of their operations on human rights and the environment.

There are numerous examples of corporate abuses that have not been effectively addressed by states. The most notorious in Mexico is the case of the Sonora River, where the worst spill occurred in the history of mining in the country. Forty million litres of copper sulphate were spilled, which contaminated two rivers and affected almost 25,000 people. The culprit, a company with enormous power, has so far managed to evade full compliance with its obligations to provide compensation, and has even obtained new permits to expand the mine where the spill occurred. In Ecuador, there is the case of Chevron-Texaco, which has caused oil pollution in the territories of indigenous communities, which have been seeking redress and justice for decades. In Brazil, the case of the Samarco mine stands out, which caused the collapse of a dam. This resulted in terrible pollution of the Doce River, even reaching the ocean and causing death and desolation in the communities of Mariana. And I could continue bringing up more examples from Latin America and beyond, of companies causing harm with total impunity and not being held accountable.

What tools do you use, and what mechanisms do you promote for other stakeholders to use for improving corporate accountability?

At PODER we use a variety of methodologies to push for greater corporate accountability. We work on two levels: on a case-by-case basis, and at the normative level. For the cases that we follow, we use rigorous business research into strategic industries, including close follow-up of project financing, to expand access to information by affected communities and civil society in general. By reducing information asymmetries, we are able to refine campaigning and negotiation strategies and, when appropriate, legal strategies as well, to protect human rights from business activity. In this terrain, to sum up, PODER produces research, accompanies organisational processes, undertakes advocacy with key actors and, in some cases, resorts to strategic litigation.

Regarding normative change, we use various mechanisms, ranging from promoting greater transparency and access to public interest information using technology and open data, to carrying out investigative journalism in order to expose cases and increase the pressure of public opinion. We participate in processes at the national, regional and international levels to promote instruments that guarantee human rights and offer tools for corporate accountability. We are also present in multi-stakeholder spaces with the aim of exerting direct influence on the practices of both the state and companies in strategic sectors.

We share our methodology with other actors through workshops, the provision of online resources and above all by participating in networks and coalitions in which every group contributes their lessons learned to push this agenda forward. This exchange and collective effort is fundamental to reducing the enormous imbalance of power that exists between states and companies on one side and civil society on the other.

PODER, and you personally, have been invested for years in the process of developing a binding treaty on transnational corporations and human rights. Why do you think there should be a treaty on this topic, and how have you worked to carry it forward?

Civil society working on human rights has increasingly identified abuse by companies as one of the roots of the problems it seeks to address. That is why the mobilisation to generate a legally binding instrument on transnational corporations and human rights has encompassed such a wide array of civil society actors, including movements as diverse as environmentalists, peasants, feminists and labour and indigenous groups, among others. An instrument of this nature would address some of the issues mentioned above that are weakening the role of states as guarantors of human rights, such as the transnational nature of big capital and the fact that negative impacts don’t respect borders between jurisdictions.

The mobilisation of organisations, networks and movements in recent years has been enormous. It has encompassed not only participation in formal spaces, both in the United Nations (UN) and within countries, but also the creation of its own spaces, public demonstrations, advocacy, communications and the generation of analysis and content to support the treaty process. In all these instances, the participation of Latin American civil society has been important.

The two largest coalitions are the Treaty Alliance, a very broad global platform that promotes civil society involvement in the work leading to the treaty and calls on states to participate effectively, and the Global Campaign to Dismantle Corporate Power, which works on this agenda in addition to other issues related to human rights violations by corporations. Another very interesting space is that of #Feminists4BindingTreaty, which includes groups, organisations and individuals who promote the inclusion of a gender perspective in the treaty process. Finally, PODER and our partners in the region are currently leading a coalition of Latin American organisations to disseminate information and add more voices to this process.

The zero draft of the Binding Treaty was published two months ago. What are your first impressions after reading the document?

The zero draft is still a timid document, with much emphasis on access to justice and little on damage prevention. But it does lay some important foundations and gives us something concrete on which to start negotiations. Leading to its elaboration, the government of Ecuador, in its presiding role as chair of the Open-ended Intergovernmental Group that was created with a mandate to draft the instrument by resolution 26/9 of the UN Human Rights Council, first generated a document of elements in 2017, then held informal consultations with states and organisations, and received numerous written inputs, which added to the work carried out in the three sessions of the Group. However, most of civil society views this first draft as insufficient.

A key issue we are concerned about is insufficient emphasis on establishing the primacy of human rights over trade and investment interests and agreements. Some other issues that will have to be refined have to do with the type of companies that the instrument refers to, as well as with jurisdictional issues – in particular, with the balance between reinforcing states’ power to act within their jurisdictions and their extraterritorial obligations. Topics that have been included but need greater clarity include the following: due diligence on human rights, clauses on conflict of interest, and the establishment of a mechanism - a committee - for monitoring and holding companies accountable. Some issues that are fundamental for civil society have also been left out, notably the establishment of protections for human rights defenders and the introduction of a gender perspective.

At the fourth session of the Intergovernmental Group, which will take place in Geneva from 15 to 19 October 2018, negotiations will start on the basis of the zero draft. Throughout this process there have been much resistance, particularly from the European Union and the United States. In addition, Latin American countries have not reached unified positions, and it is very unlikely that they will now. That is why the negotiation process and the production of further versions of the treaty are likely to take years, and only after that will the treaty come to light. From there on, there will be another stage leading to its signature and ratification. We in civil society will remain active and vigilant, since we believe that this process is a good opportunity to overcome obstacles to guarantee the protection of human rights at a global level and to better regulate transnational corporate power. It is not a silver bullet, but we are convinced that it will be a step forward.

For more on civil society’s efforts to develop a binding treaty, see our 2017 State of Civil Society Report, on the theme of ‘civil society and the private sector’.