A South African NGO My Vote Counts recently won a court case in which it asked that political parties must be compelled to publicly reveal their sources of funds. CIVICUS speaks to Elizabeth Biney, a researcher with My Vote Counts on why they had taken this case and why this is an important victory for South Africa’s democracy

Q: Why is it important for political parties to reveal sources of private funding?

My Vote Counts believe that access to the private funding information of political parties is important and reasonably required for the effective exercise of political rights enshrined in the South African Constitution — namely, the right to vote and to make political choices. Political parties in South Africa occupy a unique and influential role in our constitutional democracy. Under our current electoral system, that is, a list system of proportional representation, only political parties determine which persons become members of the legislature as well as the national and provincial executives. These people then go on to shape public policies and the laws of the country. Given their pivotal role in the democratic functioning of the country, we cannot disassociate their activities from their funding sources.

There is also the argument to be made in advocating for the disclosure of private funding information as a deterrent to corrupt activities. Transparency in the funding of political parties is good for our democracy, broadly speaking.

Mandatory disclosures of private funding also allow us to detect and prevent possible cases of corruption and to control the influence of money in our politics. It is reasonable to anticipate that private political contributions can influence the manner in which political parties function. For instance, a political party may take a particular policy position in order to satisfy the expectations of substantial donors, at the expense of the majority that voted for it in an election. Secret funding of political parties creates the scope for and facilitates corruption.

Therefore, the disclosure of this kind of information is not only necessary to preempt future likely behavior of parties, it gives more depth and value to the right to vote. Having all the correct information available to the citizenry before they make a political choice means people are making informed choices — a voter is knowingly choosing a party and its principles and programmes. Having ratified three anti-corruption international agreements, including the United Nations Convention against Corruption, the South African government already acknowledges the relationship between political donations and corruption. The obvious next step is to put appropriate preventative mechanisms in place to guard against political corruption. One such measure is to have formal legislation or regulation that compels parties to publicly and proactively disclose their private funding information.

Q: What are the arguments by those parties who are against revealing funding sources?

Under the South African Promotion of Access to Information Act (PAIA), access to information can be refused for a number of reasons, all of which seemingly pivot on the “right to privacy”. For example, a request for information can be refused if the information contains financial, commercial or technical information of a third party. Another problem with PAIA is when the disclosure of the information “would constitute an action for breach of a duty of confidence owed to a third party in terms of an agreement”. This is particularly concerning because it essentially allows parties to enter into confidential agreements with donors in order to avoid disclosing private funding information. In any case, political parties may rely on any of these provisions to deny access to their private funding information.

Some reasonable arguments have been advanced by smaller parties that warrant consideration. Most smaller parties are concerned about the possible intimidation of their funders and subsequently the loss of financial support to compete effectively with the ruling party. 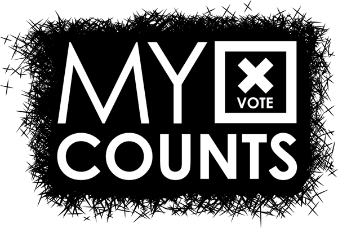 Undoubtedly the effects of funders withdrawing donations to opposition parties for fear of reprisals from a governing party may be a reasonable concern. However, this should be addressed through existing appropriate legislation. In any case, parties cannot sustain this argument since the potential threat is criminal in nature and would warrant legal action.

However, the prevailing contention (mostly by the major opposition party) is that of the right to privacy versus disclosures.  For them, a disclosure regime will not only limit the rights of donors to privacy and to express their political support in secret; it limits the privacy of political parties themselves. We find this elevation of the right to privacy over the right of access to information very problematic. Privacy, like any right in the Bill of Rights, is not absolute and therefore can be reasonably attenuated. Our Constitutional Court has said as much when it affirmed that the right to privacy exists on a continuum — so the more public the space, the more it can be justifiably limited. The two rights are equally important so they need to be weighted carefully to ensure our democratic processes are responsive, accountable and transparent.

Q: What are the next steps now that you have won the court case?
The judgment will be referred to the Constitutional Court for confirmation, we will await that decision. In the meantime, we continue with our lobbying for legislative reform. The judgment was handed down after a parliamentary process had been initiated to review the current political financing landscape, with the intention of reforming it. So, there is now a parliamentary Ad Hoc Committee on the Funding of Political Parties investigating the challenges in our party financing regime. We have been engaging with them on some critical issues as well as monitoring the entire process.

The Committee has produced a draft political party Bill and is accepting public comments on the Bill. We are in the process of making written and likely oral submissions on this draft Bill with the hope of improving it to meet both international best practices and constitutional standards.

Q: In your opinion, what is the state of democracy in South Africa?
This is never an easy question to answer and besides it can yield such diverse responses given its subjective nature. Personally, I think our democracy is under threat. The level of political impunity and sheer disregard for ethics and good governance, both politically and administratively is alarming. You only need to track the number of issues that civil society has taken the government and Parliament to court on to see that the protection of South Africans and our liberties are in the hands of civil society and the media.

Despite the slippery slope that we find ourselves in, South Africa’s democracy will not fail just yet. We have a constitutional democracy which means that despite political and administrative attempts to circumvent our democratic rights, the Constitution is paramount and the role the judiciary in this regard cannot be under estimated. Also, South Africa has a vibrant civil society sector constantly fighting for change and we will need to work together for the broader constitutional goal of a free and democratic society.

Q: What role can civil society play in South Africa to strengthen democracy?
I think civil society is doing what it is intended to and all it can do at the present moment. We are constantly asking the difficult questions that the ordinary citizen may be too scared to ask. We are demanding accountability of our leaders and private businesses.

Although government is trying to close down the dissenting spaces that we operate in, we are putting up a fight. Our democracy can only flourish if there are oversight bodies like civil society. You cannot underplay the significant role that public watchdogs play in ensuring accountability, fairness and transparency in democratic governance.

For us specifically, our role is to ensure that a few financial backers do not corrupt our political system. We want to see our democracy be as participatory as possible, and so we need to limit the influence of big money.