Animal welfare and the Post-2015 Agenda: A CIVICUS interview with Arjan Van Houwelingen of the WSPA 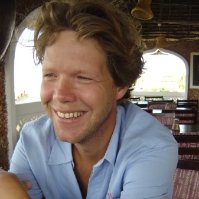 Arjan Van Houwelingen of the World Society for the Protection of Animals Netherlands shares why the Post-2015 Agenda needs to include animal welfare and detailed targets for international cooperation towards sustainable development.

Have the Millennium Development Goals (MDGs) served as a strong framework for encouraging corporations to prioritise climate change and environmental sustainability? Please elaborate.

While this question is slightly outside of the scope of the work of WSPA, my reaction would be that the MDG process has done very little to encourage the private sector towards environmental sustainable practices. Increasing attention to the issue of climate change may have encouraged the 'greening' of corporate brands but the likelihood of a continued absence of strong international agreement on mitigation will encourage the private sector to continue to postpone real action in this area.

How important is the setting of large-scale development targets like the MDGs for planning, coordinating and implementing projects between development organizations around the world?

The MDGs have galvanized attention for development and focussed the efforts of most major development organizations (in particular the UN). Increased focus on action has also enhanced the need for and practice of coordinating development efforts.

To what extent has the MDG framework been of use in spreading environmental awareness?

The MDG framework is largely equated with poverty reduction and social sector development (health and education). The final goal that dealt with environmental sustainability has generally received very little attention.

What additional goals should the Post-2015 Agenda include in order to converge with the commitments made by world leaders at Rio+20?

The Post-2015 Agenda must include recognition that sustainable development requires a proper balance between the increasing demand for resources and the decreasing availability of those resources. As such, issues such as food security, climate change, economic growth, etc. can no longer be adequately discussed and debated in the current 'silo-ed' structure (i.e. the Committee on World Food Security (CFS), United National Framework on Climate Change (UNFCC) and Commission on Sustainable Development/ High Level Political Forum must find ways to combine their aims and agendas). Furthermore, such recognition has to be followed by the realization that enhanced 'real' international cooperation is required. Therefore, the Post-2015 Agenda has to include detailed targets and indicators for such international cooperation.

As an animal welfare organization, WSPA would like to see recognition of the importance of animal welfare reflected in the Post-2015 Agenda. As the development debate naturally focuses on human advancement, it is unfortunately too common that the benefits of animal welfare for human welfare are not properly recognized. Good animal welfare has proven positive benefits for livelihoods, food security, climate change mitigation, biodiversity and public health.

How is the World Society for the Protection of Animals (WSPA) engaging with the Post- 2015 Agenda and what are the expectations regarding this?

WSPA is a member of the Beyond 2015 civil society grouping and has been actively contributing to the thematic consultations that were organized in the second half of 2012 (For instance, WSPA was part of the drafting teams in the areas of Disasters and Conflict and Food Security and Nutrition). WSPA has also contributed to the framing questions consultation of the High Level Panel of Eminent Persons (HLP), participated in the London meeting of the HLP and is engaging at various fronts with UN agencies and UN member states (including the GA Open Working Group, the High Level Political Forum, all debates on sustainable development in the GA Second Committee, the FAO Global Agenda, UNFCC, CFS, etc. etc.)