Ahead of the mass protests expected in Egypt on Sunday, CIVICUS spoke with Hicham Ezzat, an activist for Egypt’s pro-revolution movement. 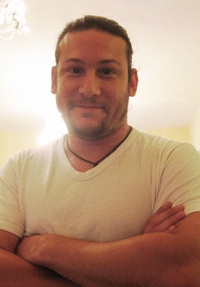 1) Why did you become an activist?

It was a call more than a choice. The overwhelming nature of the causes brought out by the Egyptian revolution was beyond my individualism and I felt like my person was not as important as these causes.

Even more personally, the Egyptian revolution reconciled me with Egypt. I hadn’t found a place for myself as a French-Egyptian bi-national. There was no box for bi-nationals in Egypt before. I felt most of the people protesting around me were looking for a box to identify with or some acceptance that they had not found in the old Egypt.

2) New protests are expected across Egypt on 30 June. What are the drivers of the forthcoming protests?
The causes of these new protests are the repetition of an oppressive state by the Morsi government after what were supposed to be the first free elections in Egypt. But besides the freedoms issue, there is a popular discontent of this government’s performance socially, economically and legally. People feel that the Muslim Brotherhood’s allegiance is not for Egypt but for the creation of an international Muslim Brotherhood project. They have not discharged their duty of taking care of the country; they are all about their own personal ideology.
The point of their allegiance is driving people crazy here in Egypt along with the socio-economics of the country and the poor performance in this regard by the Morsi regime.

3) What are the demands of the protestors?
The protestors want the change that the revolution did not yet achieve. They want Morsi to leave along with the Muslim Brotherhood. The people learned to hate in one year an organisation that has been doing charity work for 50 years, trying to buy out their allegiance.
The protestors are not very clear in their demands. The alternatives are still difficult to imagine because of the complexities of the situation. Morsi’s rule has brought Egypt into a political lockdown that is forbidding any re-adjustments so the change has to be radical to break out of the deadlock, but at the same time not too radical so as to avoid the disintegration of the state.

There are two currents that will be present in the streets. The revolutionary currents are represented by the figure of Mohammed El-Barradei but they are not the only ones that will be taking part in the protests. The remnants of the old regime that we call “Feloul” are working hard to position themselves within this new revolutionary wave to access power once more. So the anger is real and popular but there are two currents trying to canalise this anger in two different directions. This is the danger of this demonstration about to take place and that is what the Muslim Brotherhood are playing on, trying to push both currents against each other.

4) How can regional and international civil society offer support and solidarity to the protesters?
We, the Egyptian protestors, understand that rulers in the Arab world never come into power without previous approval by US diplomacy and other Western states. We know that Mubarak was deposed because the US decided that this card was played and lost.

US diplomacy never quite gets how Arab states are working. They instead try to get regional contractors to deal with them and the US provides them with support. With the Arab spring the US realised it needed new contractors. The US backed the Muslim Brotherhood as they thought they would be moderate Islamists that could act as the interface between the US and the hardline Islamists. They thought the liberals wouldn’t have the credibility to handle the hardline Islamists. The assessment that the Muslim Brotherhood was moderate was wrong.

What we are trying to do is to make the western world understand that using the Muslim Brotherhood as contractors in the Middle East to handle these populations and US interests in the region is a card played and burnt and they need to abandon Morsi. Generally, they need to learn that the only card that can be played is dealing with the priorities and real interests of those nations in the region and not only with their rulers. This is the only way to achieve stability in the region.