In June 2013, protesters took to the streets in Brazil to protest against increases in the prices of bus tickets in the major cities. The protests later spread as demonstrators expressed their displeasure over high corruption in the government, poor public services, high living costs and police brutality. CIVICUS speaks to Brazilian lawyer and activist Natasha Zadorosny who provides an insider’s perspective into the protests and the police’s response. 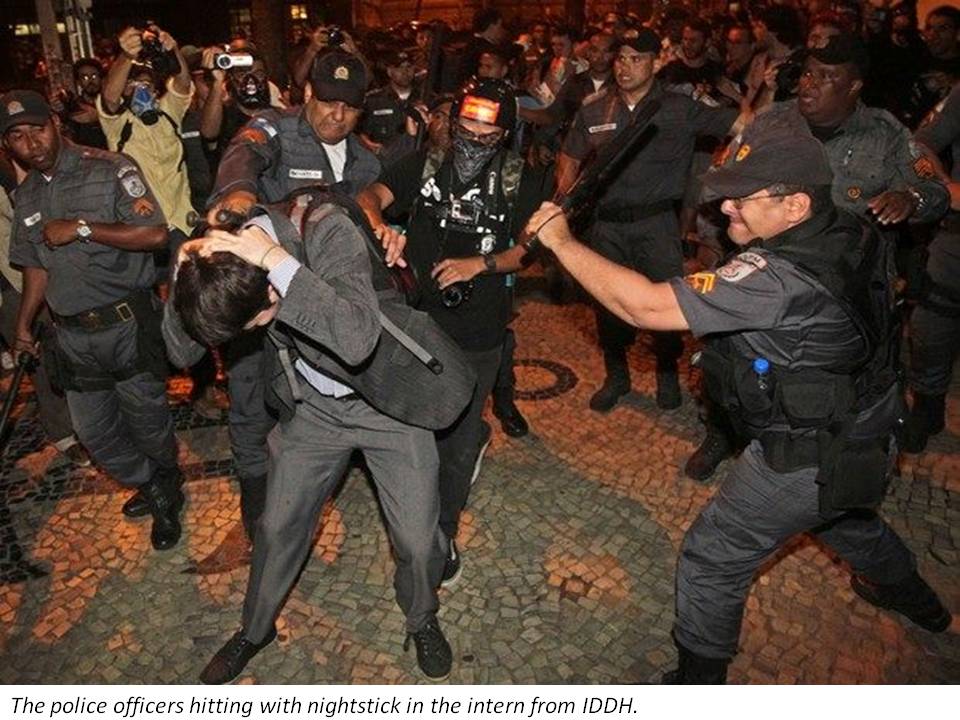 1. What is the nature of your work and how involved are you with the demonstrations in Brazil?
The protests in Brazil started on 6 June 2013 and at the initial stages I was just another protester. However, since mid-July, I have been actively involved as a lawyer on a voluntary basis. At the moment there are two main groups made up of volunteer lawyers who participate in the protests and assist activists and other participants. These groups are the Institute of Human Rights Defenders (IDDH) and the Habeas Corpus. IDDH is an NGO which advocates for the defence of human rights and protects the rights of protesters who are victims of police harassment and brutality. Habeas Corpus was created in June at the start of the protests to defend and protect the rights of activists arbitrarily arrested during the protests in Rio de Janeiro. I work as an independent lawyer but collaborate with Habeas Corpus. During the protests, I am identified publicly as a lawyer and my presence provides a sense of security to the protesters. I clarify doubts about legal issues for the protesters and pass on information about the protests using social media, including facebook and “whatsapp” to other volunteer lawyers.

2. Provide a brief background to the protests and highlight the key demands of the protesters.

Protests erupted initially on 6 June in response to the rising cost of bus tickets. The protesters were galvanised by the fact that bus rates increased but the quality of services offered remained poor. At the initial stages of the protests in Rio de Janeiro, about 100.000 people gathered in the city and specifically on 20 June the police responded by indiscriminately attacking the demonstrators using pepper spray, batons, tear gas and rubber bullets. The initial calls from the protesters were heeded by the government as it froze the prices of bus tickets and the protests only continued in Rio de Janeiro.

The demands of the protesters later increased following the brutal response from the police and they called for the resignation of Rio Governor Sérgio Cabral whom they accused of corruption, the demilitarization of the Ostensibe Police as it is extremely violent, and for improvements in the Public Service particularly health and education. Still in June, the protesters occupied spaces in front of the residence of the governor and the City Council. After police initially dispersed the protesters from the space in front of the residence of the governor, they returned and re-occupied this space for several weeks.

Protesters stationed themselves outside the City Council and inside as well. They spent about two weeks at the City Council and came out spontaneously because the Municipal Government had obtained a court order to remove them from there. The court order gave police the authority to use force if necessary. However, protesters demonstrated outside for about 40 days and were forcefully removed together with those who were not involved in the protests by Ostensibe Police. They were then forced into buses and driven to police stations. Upon their arrival at the police stations, some of the protesters were released while criminal investigations were opened for those detained and they were accused of theft and for causing damage to property.

On 5 October at 10:00pm, Police physically assaulted several teachers in the course of evicting them from the City Council. The protests have since spread to other major cities in the country and the demands of the protesters have increased.

3. How has the government responded largely to the protests?
The police continue to violate the rights of protesters and even by-standards who make comments about the protests are targeted. Police have fired rubber bullets into protesting crowds, used tear gas to disperse protesters and used batons on others. Since the start of the protests on 6 June more than 200 protesters have been arrested and though most of them have been released, others are facing criminal charges. Some journalists have been arrested and detained during the protests despite the fact that most of them show their credentials to the police. Others have been shot with rubber bullets and beaten with batons by the police.

4. How has the media in Brazil covered the protests?
Reporting on the protests since they started in June 2013 has taken two major forms. Several media agencies included Globo Group which has historically been biased towards the government have treated the protesters with contempt, referring to them as vandals, arsonists and rioters whose aim is to disrupt the operations of the city. Independent media has provided extensive and objective coverage of the protests transmitting information and footage using social media. As a result of this coverage, journalists representing independent media have been targeted and arrested for simply doing their job. For example Adrian Rojas, a journalist working with Jornal Zona de Conflito Mídia Independente, was beaten in Cinelândia when he tried to intervene as police assaulted a protester and was himself arrested when filming the protests. 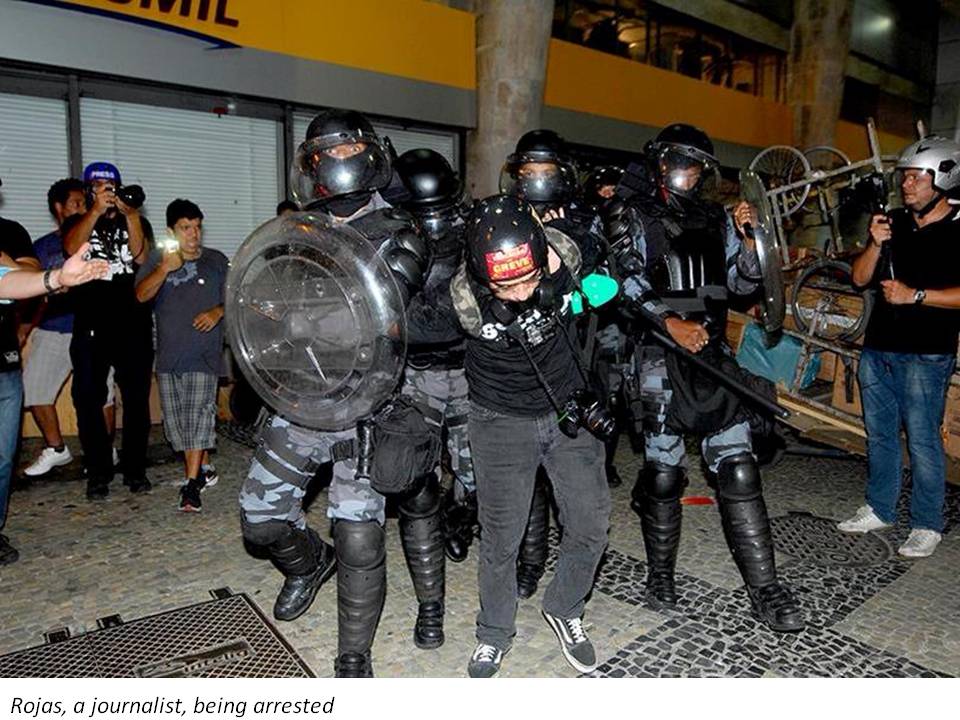 5. How can international civil society and the global community assist protesters on the ground to ensure that the government respects their rights to free assembly and expression?
Brazil has ratified several international human rights treaties which require the government to respect the fundamental rights of its citizens including the rights of assembly, association and expression. The government has not respected these rights in its response to what largely started as peaceful protests. The international community should provide visibility to the response of the authorities to these protests and put pressure on the government to respect its human rights commitments. Civil society around the world should also call on the Brazilian government to open spaces for dialogue with citizens and civil society.