22. The football club of “hundreds of presidents” – how sport can be used as a powerful tool by civil society

By Andrzej Kostek and Jan Wąsiński

Among many human activities, sport is one that evokes enormous emotions. On the one hand, it motivates people to joint events and encourages healthy competition, tempers the spirits and yields team spirit and group identity. It is important in the processes of consolidating society. During global sports events, we witness live and highly emotional support of fans – people travel thousands of kilometres just to cheer for their team or player. 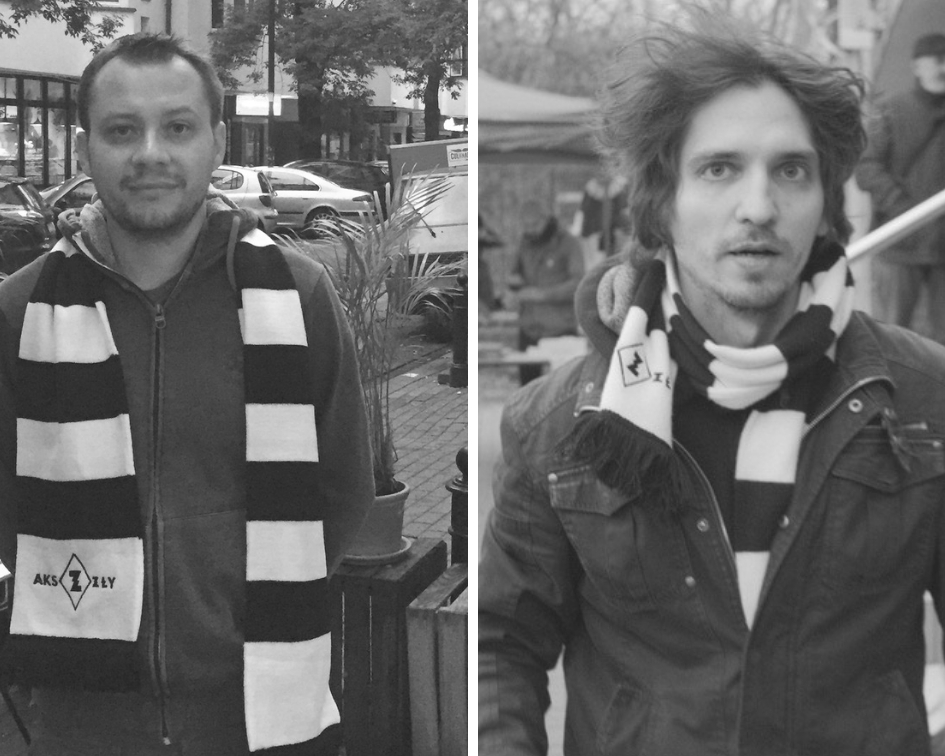 On the other hand, we observe the negative effects of sport’s influence. Sports stars receiving horrendous contracts, astronomical amounts of money incomparable with that earned by society’s other members. We see many non-transparent sport clubs and international institutions involved in organising events on a large scale. The money is the motor of their growth.

Despite very high profits, however, they are not particularly interested in further social growth or developing societies or do nothing to offset the negative impact on the environment associated to their activities. Sport also consolidates xenophobic, racist and homophobic groups. This is especially vivid in central and eastern Europe, where whole fan associations have a big influence on clubs and are also embedded in extreme right and nationalistic circles.

Some years ago, a group of Polish football fans set up a totally new club with completely different rules. A club where everyone was equal, and where each member had an influence on the decision-making process. A club that functioned as a space for everyone, regardless of nationality, sexual orientation, faith or gender. A space where everyone can feel safe and accepted. This was the Alternatywny Klub Sportowy ZŁY (Alternative Sports’ Club “Evil”), or AKS ZŁY.

The non-profit organisation, based in Praga, Warsaw, Poland’s capital, involves both men and women in an official registered football league. While our male team is playing in the lowest official level (8th tier) and the female team in the lowest one for ladies (5th tier), our main goal – along with victories on the pitch – is to contribute to the openness of society.

The name of the club derives from Leopold Tyrmand’s novel Zły [“Evil”]. The book is famous because of its post-war Warsaw early 50s theme and its main character who begins his lonely fight against injustice on the streets for the benefit of the people of Warsaw. Our vision is that football can and should be a powerful non-violent tool to achieve social purposes. It involves so many aspects where strong interpersonal relations can help build a better society. That is why we try to be visible not only in the stadium and its surroundings, but also in the whole of Warsaw.

We are contributing towards important discussions and social dialogue, sport transparency and equality in sports. We respect and promote the idea of diversity and integration above differences, cultural, racial or others. Our players, coaches, members and beloved fans are – to a great extent – people strongly engaged in various social projects and local, grassroots initiatives. We are not only members of a football family. We are the creators of a new type of football culture, against any kind of hatred or violence, heartless turbo-capitalism or big company-styled sport initiatives.

We strongly identify with the #AgainstModernFootball concept, an alternative movement of the game’s supporters who oppose the passive, cliental role of the fans, and promote the idea of fan-owned clubs where supporters are not consumers but members of a small society and also co-creators of football events.

Among our goals are:

In the very difficult world of professional football in Poland such an organisation – democratic from the grassroots, fan-owned with a “do-it-yourself” vibe, refugees-friendly, equal-rights-friendly, multi-cultural, working locally for a global change – can make football more open and less violent. And the response of the local community has been unbelievable. It is something unusual in Poland, witnessed through hundreds of supporters at the stands, cheering teams from the lowest tiers. This support is our strength and ensures energy crucial for further engagement and participation.

Andrzej Kostek is project coordinator mainly in the non-profit sphere, and an activist who was CIVICUS International Civil Society Week (ICSW) 2017 coordinator.

Jan Wąsiński is a member of and player for AKS ZŁY, activist, and belles-letres translator. Follow the association on Twitter @AksZly .