18. What older activists can learn from the kids behind March for Our Lives

How US school shooting survivors and others are flipping the script, dreaming big and building people-powered movements that adapt to today’s rapid pace of change.

It’s hard to think of anything more embarrassing than throwing up in front of millions of people who are waiting to hear you speak. But that’s exactly what Sam Fuentes did at the March for Our Lives rally she helped to organise in Washington, DC. Here’s the kicker: The school shooting survivor didn’t act embarrassed at all. Instead of running off the stage—like most of us would—she took it in her stride and went on to give an impassioned speech that shook the crowd.

Fuentes and other young leaders from Marjory Stoneman High School in Parkland, Florida, have continually defied expectations since 17 of their classmates were gunned down in February. They turned their trauma into a mass movement against gun violence. They organised a national march without any infrastructure or paid staff—in just five weeks.

This summer they toured the country by coach for their ‘Road to Change’ campaign to mobilize the youth vote against gun violence in the upcoming midterm elections, and they’re hitting the road again this month to make a big push ahead of National Voter Registration Day on September 25. But perhaps most significantly, they debunked the assumption that the issue could never be wrested from the hands of powerful and well-funded gun rights forces.

Among the doubtful were older activists and professional campaigners who’d been in the organising trenches for years and had the scars to prove it. While thrilled about the movement’s success, they also had a feeling that something had changed. Is this the dawn of a new kind of organising and campaigning? 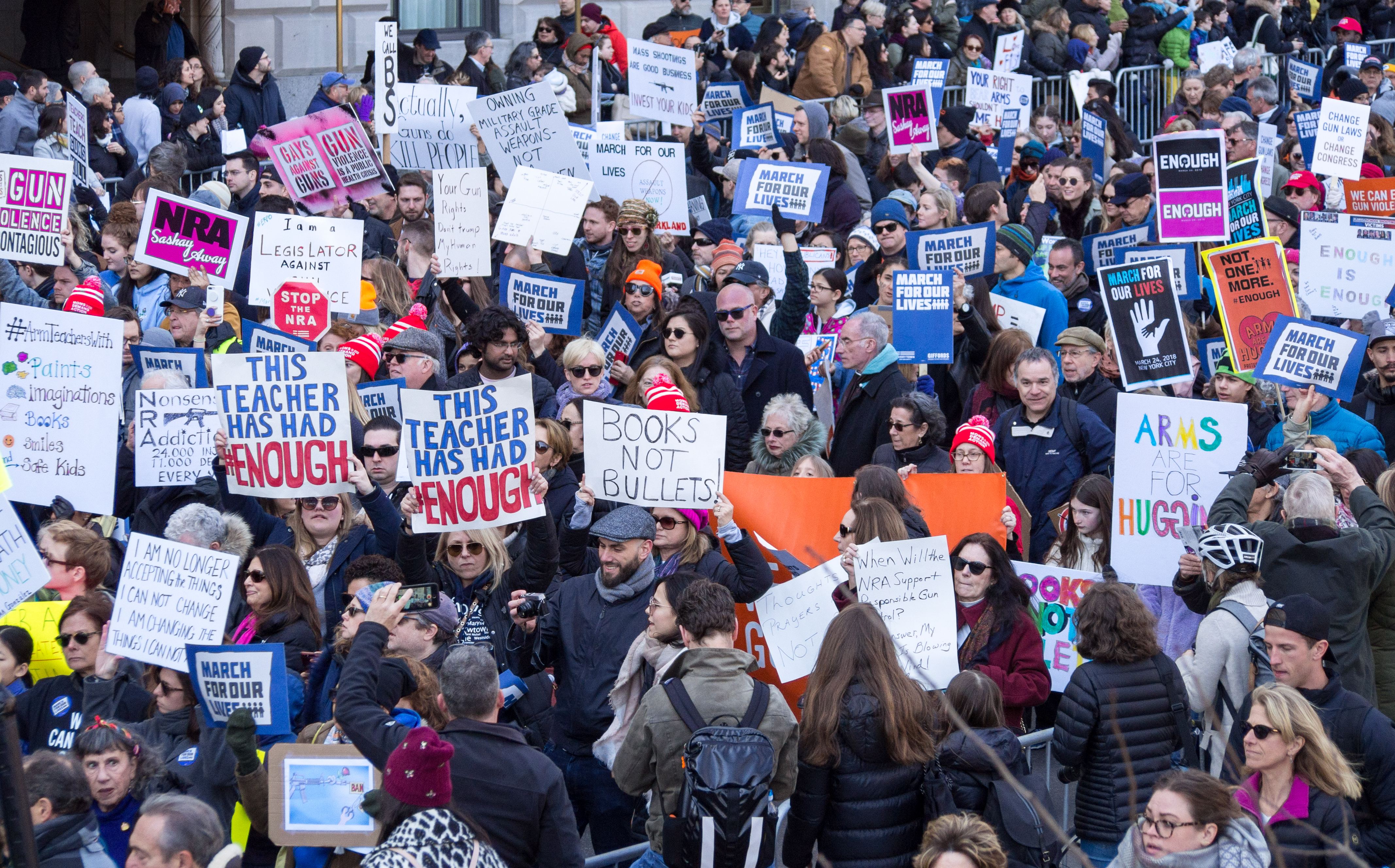 March for our Lives in Manhattan, New York City, in March 2018

In short, yes. And the March for Our Lives movement is only one example of this new wave of people-powered action.

Tools like email, text messaging, YouTube and Snapchat have given people the ability to challenge the status quo in ways that were previously only possible through experts and professional change-making institutions—not to mention months (and often years) of planning, organising, and fundraising.

But before we write the obits for more formal civil society organisations, let’s remember that just because something is new doesn’t mean it can—or should—replace what came before it. “Citizen journalists” haven’t supplanted the professionals. Wikipedia hasn’t made educators obsolete.

Today, new movements are working with more established organisations to capitalise on their wide-reaching networks and capacity to sustain activity between and beyond surge moments. And organisations of all sizes are learning to embrace the kinds of technologically-savvy tactics used by the Parkland students. Here are some strategies that are proving valuable.

Soon after taking the stage at the March for Our Lives in Washington, Parkland senior Emma González went silent. After standing wordlessly at the podium for four minutes and 26 seconds, she informed the crowd that her entire speech had lasted the same amount of time  as she and her classmates had endured an active shooter.

She captured attention not only by speaking from the heart, but by “showing” rather than “telling”. González and her fellow student leaders are compelling to us because they have what Frank Sesno, chair of George Washington University’s School of Media and Public Affairs, says are the three critical elements of good stories: (1) compelling characters (2) characters who have overcome obstacles (3) characters who have achieved a worthy outcome.

This is something that seasoned campaigners have long understood: the most effective messengers and organisers are those with the most at stake (or, like the Parkland students, little to lose).

2. Step back so others can step up

We all want to be recognized for the work we’re doing, especially when it comes to issues we’re passionate about. That desire to be front and center can sometimes hurt, rather than advance, a movement or mission.

At the March for Our Lives in Washington, for example, former US Representative Gabby Giffords, a nationally recognised gun violence survivor, stood in the crowd instead of onstage. She had stepped back so students’ voices could be heard. At the same time, she stepped up in other ways such as paying for many students’ travel to Washington.

The bottom line: Transformative social change is going to come from organisations that see people as change agents, not just cheerleaders or foot soldiers carrying out plans designed by those “in charge.”

When Fox News host Laura Ingraham mocked Parkland student organiser and survivor David Hogg for not being accepted into certain colleges, Hogg didn’t spend the next few days convening staff meetings on how to respond.

Instead, he quickly posted a list of Ingraham’s advertisers on Twitter and asked his outraged followers to let those companies know how they felt. As a result, more than a dozen advertisers dropped her show.

The most effective social change organisations understand that as technology moves everything to warp speed, the ability to respond rapidly and nimbly matters more than ever before.

The key to such agility? Agreeing on an overarching vision and message. This provides team members with the autonomy needed to respond quickly and creatively when opportunities arise.

In one of the most viewed TED talks of all time, behavioral researcher and author Simon Sinek uses Martin Luther King Jr.’s famous speech to explain why a big, bold idea is a key element of movement building and social change.

“He gave the ‘I Have A Dream’ speech, not the I have a plan speech,” Sinek says. “He spoke for a different world, how to go from here to there. And he so beautifully described what ‘there’ is.”

King’s vision of a positive future mobilised a quarter of a million people to make the trek to Washington DC (long before the internet). The Parkland students inspired over a million to stand up against gun violence in DC and cities across the US.

In turn, the March for Our Lives inspired an even bigger nationwide school walkout to keep up pressure on politicians and continue building local power.

Big visions mobilise big action because if your vision is inspiring enough, people will see how the path to victory requires them and countless others stepping up.

Michael Silberman is the Global Director of Mobilisation Lab, a network that equips social change-makers and their organisations to deliver more effective, people-powered campaigns in order to win in the digital age.  Follow him on Twitter @silbatron and @mobilisationlab.