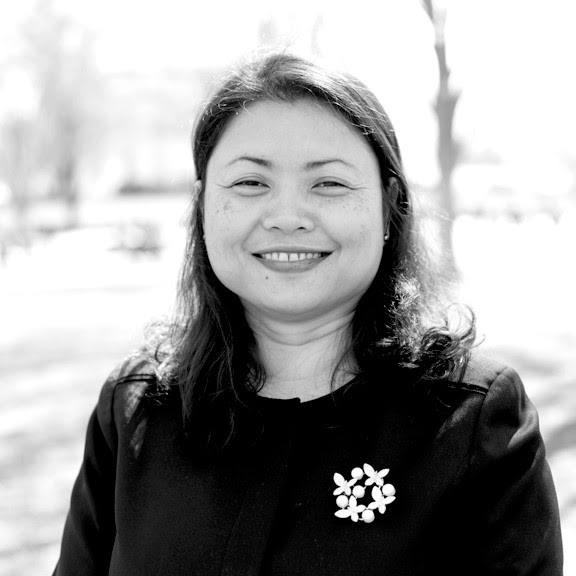 Myra Dahgaypaw is the director of the U.S. Campaign for Burma, an organisation that works to raise awareness on the human rights violations and mass atrocities against ethnic and religious minorities committed by the Burmese military. She is from the Karen community, a persecuted group living in eastern Burma, and has first-hand experience of the violations committed by the military junta.

“Talking about what happened to my family still brings about a lot of painful memories.

The Burmese military troops came to my village, burnt my house down to the ground, and forced my family, those in the village, and myself to flee in the middle of the night. I experienced airstrikes like those in Kachin state now. I remember my school was surrounded by trenches so that we could jump into them as soon as we heard the fighter jets. I saw many people killed, including my own classmates.

Fearing for my life, I fled with just my clothes on my back, similar to what many Karen are experiencing right now. When I was a child, I was not allowed to cry when I was too tired to walk among the adults, in fear of alerting the Burmese military of our location. I had to sleep under a plastic tarp that wasn’t big enough to cover my little body. My family and I had very little food to survive on and more often than not, we did not eat. Because I was the youngest, I was the only one who got to eat a small amount per day - a fist of rice.

My youngest aunt was gang-raped by the Burmese troops.  She was then dragged away and taken to another city. During interrogation, she was hung upside down by her feet while troops dotted her skin with cigarette burns until she gave the answers they wanted. It took our family over a decade to find her again.

Her husband, my uncle, was arbitrarily detained. While detained he was brutally tortured during interrogation. The Burmese military sliced his skin into strips and rubbed with salt so he would painfully bleed out. When they came across a stream, the troops did a form of waterboarding, partially drowning my uncle to obtain answers they wanted during his confusion. When they were done, the troops stabbed him and left him bleeding to death.

It was a living nightmare until I became a refugee in Thailand.

What's happening in Burma now is not far off from the Burma I knew from when I was a child - there are still terrible human rights violations and mass atrocities taking place, with some crimes amounting to war crimes, crimes against humanity, and genocide. The situation is beyond what I can express - there are no words left to describe the brutality of the Burmese military junta.

Our team, along with many other activists in Burma and across the world, are trying to amplify the voices of those on the ground. We protest at the Burmese military attaché office, Chinese, Russian and other embassies, particularly ones who support the Burmese military by selling deadly weaponry or training the Burma army.

We also petition our government officials and send out letters with important and relevant recommendations with the hope that Congress will help us bring change to Burma. Besides this, we also have supporters who use social media channels to help share information about the current situation in Burma while calling on their Senators and Representatives to help raise concerns in Congressional meetings.

The attitudes of perseverance, resilience, and courage of those on the ground are my inspiration. Internally displaced people, refugees and now the Civil Disobedience Movement (CDM) protesters must live among guns and bullets as a constant threat on their lives, and yet they are smart in finding ways to survive these unspeakable hardships. They are the ones who have to live in fear of what will happen to them tomorrow, but live with a dignity and appreciation that is very much inspiring. 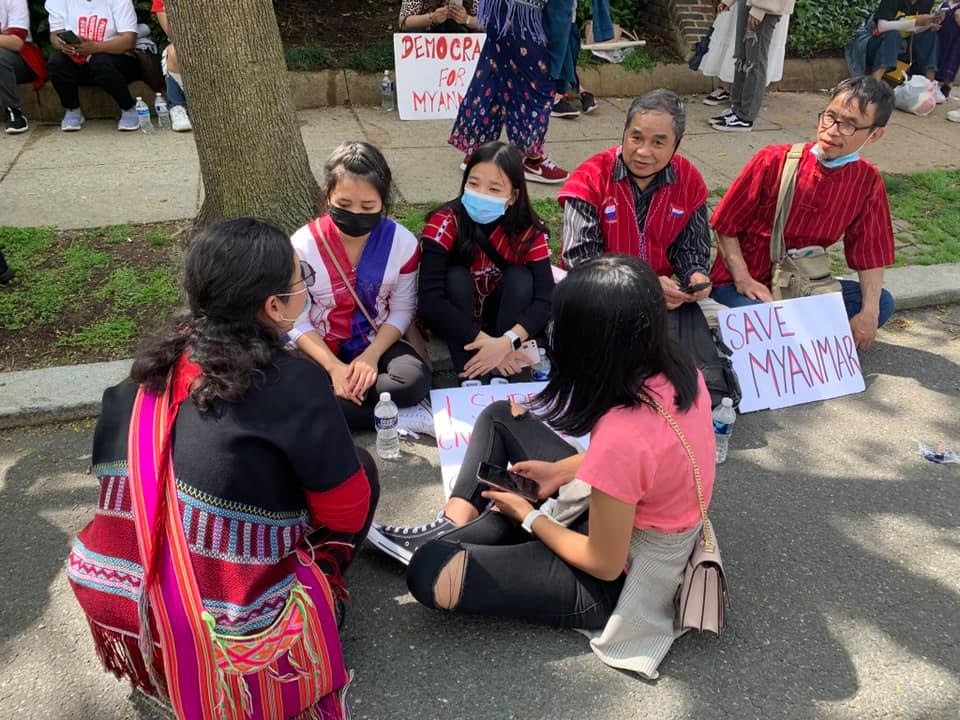 Friends and colleagues around the world - the people of Burma are the ones who put their lives on the line to fight against the brutal Burmese military junta. They don’t have the time to figure out what their future holds. You and I have the time, and if we can spare some of our time to amplify the voices of the impacted communities in Burma, as well as educating yourself, those around you, and your government officials, this will help greatly.

Please keep advocating for your government officials to put their words into action - condemnations don’t mean anything to the junta. We need tangible action. Your petitions, letters, phone calls, emails, and information sharing on your respective social outlets will make a difference.