Australia: millions say no to jailing of peaceful climate activists 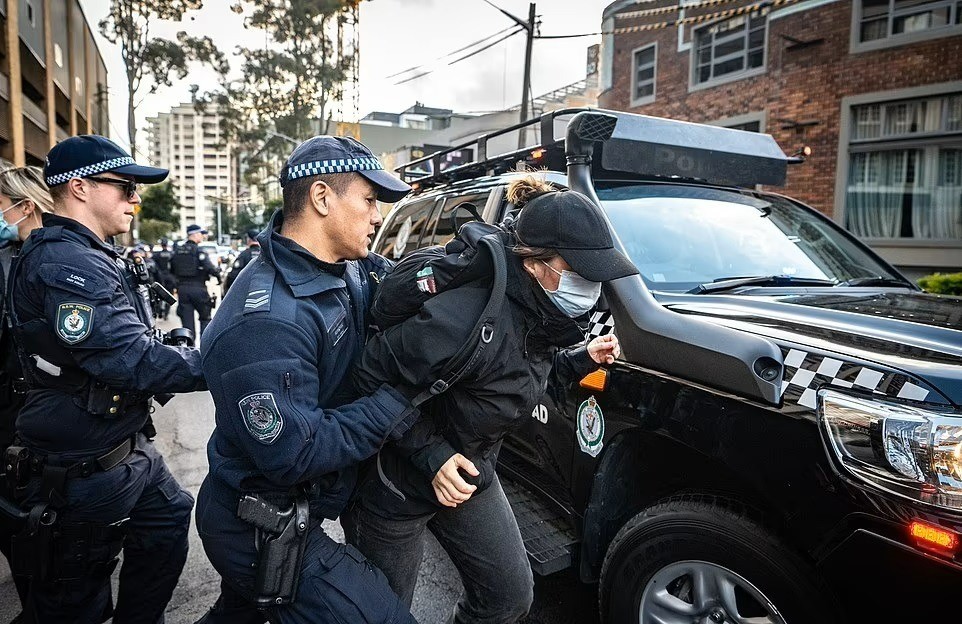 Over 220 organisations representing millions of members across the country have united to condemn the recent 15 month jail sentence for climate activist Deanna ‘Violet’ Coco and to express concern about increasing repression, including the recent introduction of new anti protest laws in multiple states.

“We are seeing fundamental democratic principles stripped before our eyes at an alarming rate. Violet is the 5th person to receive a jail sentence* in the last 12 months for peaceful climate activism, as repression mounts against community activists across the nation. She is one of thousands taking extraordinary action in the face of an urgent crisis” said Kelly O’Shanassy of Australian Conservation Foundation

On 2 December, Violet, from Fireproof Australia, was sentenced to 15 months in custody with a non parole period of 8 months. Her appeal for bail will be heard on 13th December. A solidarity action will take place outside Downing Centre Court.

We reject the claim from Premier Perrottet that protest should not inconvenience people, and are concerned about the message this sends in a democracy. Peaceful but disruptive protests have won many of the rights we take for granted today, including the 8 hour day, voting rights, end to conscription, and to enjoy the forests and precious places we defended. Australia is a signatory to conventions protecting our right to freedom of movement, association, peaceful assembly, and political speech which the government must respect, and we must defend.

"The freedom to protest has been a central part of many of the most important movements across this country, from land rights for Aboriginal and Torres Strait Islander people, to voting rights, to achieving the eight hour work day. Governments across Australia need to recommit to our democracy, and repeal these laws that criminalise protest." Alice Drury, Acting Legal Director, Human Rights Law  Centre.

We welcome the support from the UN and international human rights organisations, including the recent statement from Clement Voule, UN Special Rapporteur on Freedom of Association and Peaceful Assembly who expressed “I am alarmed at NSW court's prison term against climate protester Deanna Coco and refusal to grant bail until a March 2023 appeal hearing. Peaceful protesters should never be criminalised or imprisoned.”

Violet was charged with several offences, including disrupting vehicles, failing to comply with police direction and resisting or hindering police. The charges arose from her action blocking one lane of traffic on the Sydney Harbour Bridge for approximately 25 minutes.

“It's outrageous that the state wastes resources seeking jail time and locking up peaceful protestors in custody at the expense of taxpayers. In contrast, fossil fuel corporations are contributing to climate collapse, yet have bi-partisan support for further mining and their subsidies continue at a rate of $22,000 a minute” - Lucy Manne, 350.org

Protestors from Fireproof Australia, Extinction Rebellion, Blockade Australia and Frontline Action on Coal and many more have engaged in peaceful civil disobedience in recent years in support of urgent action on climate change. Thousands have been involved, representing the voices of many more.

There is no climate justice without racial justice. The right to assemble and demonstrate in our streets, towns and cities is a fundamental cornerstone of democracy. For marginalised communities, public protests enable us to be seen and heard, even — and especially — when those in power would rather suppress our voices.

We condemn in the strongest terms this government crackdown on our right to protest.”

The vast majority of Australians across the political spectrum support, and voted for, strong action on climate. People should not be concerned they could risk heavy penalties simply for taking to the streets. New anti-protest legislation in several states is wide open to police misinterpretation. NSW has already seen increased policing of peaceful NGO-led climate protests and police threats of invoking the laws against a wide variety of actions since their introduction in April.

Signatories to the open letter

Dr David Abello, on behalf of the 78ers, the First Mardi Gras Inc

Defend the Right to Protest

First Dog on the Moon

Friends of Bats and Habitat Gippsland

Friends of the Earth Australia

Friends of the Earth Melbourne

Friends of the Forest - Mogo

Healthy Connection For All

Dr Rebecca Huntley, Author,”How to Talk About Climate Change in a Way That Makes a Difference”

Proposition One Campaign for a Nuclear-Free Future

Save the Bay Coalition

The Independent and Peaceful Australia Network

The Industrial Workers of the World (IWW) Sydney Branch

Warriors of the Aboriginal Resistance VIC

What Can I Do? Australia