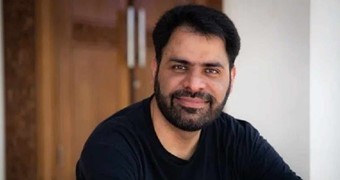 Human rights defender Khurram Parvez, 44, is the Programme Coordinator of the Jammu and Kashmir Coalition of Civil Society (JKCCS) which is a coalition of various campaign, research and advocacy organisations based in Srinagar, Jammu and Kashmir which monitor and investigate human right abuses. He is also the Chairperson of the Asian Federation Against Involuntary Disappearance (AFAD) a collective of non-governmental organisations from ten Asian countries that campaign on the issue of enforced disappearances.

Khurram has documented serious human rights violations in Indian-administered Jammu and Kashmir, including enforced disappearances and unlawful killings. He was detained in November 2021 and is accused of being in contact with individuals linked to a Pakistani militant group. He is facing multiple charges  under the Penal Code and draconian Unlawful Activities (Prevention) Act 1967 (UAPA), related to conspiracy and terrorism, which CIVICUS believes have been trumped up by the authorities because of his activism.

He has faced systematic harassment to advocate against human rights violations in Indian administered Jammu and Kashmir. In September 2016, the Indian authorities arrested him a day after he was barred from travelling to Switzerland to attend the 33rd session of the United Nations Human Rights Council. He was charged under the draconian Jammu and Kashmir Public Safety Act (PSA), which allows detention without charge for up to two years. He was released after 76 days in detention.

In October 2020, nine simultaneous raids were conducted by the National Investigation Agency (NIA) on the houses and offices of several human rights defenders, non-governmental organisations and newspapers in Jammu and Kashmir - including the house of Khurram Parvez.

22 November 2021: Officials from the National Investigation Agency (NIA), assisted by the local police, conducted raids on the house of Khurram Parvez and the JKCCS office in the city of Srinagar, in Jammu and Kashmir Union Territory, for approximately 14 hours. Parvez’s mobile phone, laptop, and several books were seized. On the evening of the same day, Khurram Parvez was taken for questioning to the premises of the NIA in Srinagar. At around 6pm, his family members received a phone call from NIA officers who requested them to bring him clothes. Upon arrival at the premises of the NIA they were given an arrest memo for Parvez, which was issued on the basis of a First Information Report (FIR) lodged by the NIA on 6 November 2021.

According to the arrest memo, Khurram Parvez faces charges of “criminal conspiracy”, “waging war against the government of India”, “punishment for conspiracy to wage war against the government of India” (Sections 120B, 121, and 121A of the Indian Penal Code, respectively), and “raising funds for terror activities”, “punishment for conspiracy”, “recruiting any person or persons for commission of a terrorist act”, “offence relating to membership of a terrorist organisation” and “offence of raising funds for terrorist organisations” (Sections 17, 18, 18B, 38, and 40 of the draconian Unlawful Activities (Prevention) Act (UAPA), respectively).

24 November 2021: Khurram Parvez was taken to New Delhi where he remained detained under NIA’s custody.

2 December 2021: United Nations human rights experts expressed concern over the arrest of Khurram Parvez under the stringent UAPA anti-terror law and called for his release. They said: “We are concerned that one month after Mr. Parvez’s arrest, he is still deprived of liberty in what appears to be a new incident of retaliation for his legitimate activities as a human rights defender and because he has spoken out about violations.”

4 December 2021: Khurram Parvez appeared before the National Investigation Agency (NIA) Special Court in New Delhi, after 12 days under NIA’s custody. Judge Parveen Singh extended his detention for another 20 days and ordered that he be transferred to the Tihar maximum security prison, in New Delhi.

24 January 2021: Judicial custody extended for 40 days. His family was barred from meeting him due to COVID-19.

12 February 2022: The court extended his judicial custody for a further 40 days.

27 March 2022: The NIA carried out another raid of the residence of Khurram in Srinagar.

13 May 2022: The NIA filed a charge sheet against Khurram Parvez and seven others before the NIA Special Court in New Delhi. He was charged under Sections 120B and 121A of the Indian Penal Code (“criminal conspiracy” and “punishment for conspiracy to wage war against the government of India”, respectively), Section 8 of the Prevention of Corruption Act (“taking gratification, in order, by corrupt or illegal means, to influence public servant”) and Sections 13, 18, 18B, 38 and 39 of the Unlawful Activities (Prevention) Act (UAPA) (“unlawful activities”, “conspiracy”, “recruiting any person or persons for commission of a terrorist act”, “offence relating to membership of a terrorist organisation” and “giving support to a terrorist organisation”, respectively).

In the chargesheet the authorities accused him and others of supporting a Pakistan based proscribed militant organisation Lashkar-e-Taiba (LeT) to fund and recruit operatives for providing support in planning and execution of terrorist activities in various parts of India including Jammu & Kashmir.

21 June 2022: A resolution introduced in the US Congress House of Representatives condemning human rights violations in India highlighted the case of Khurram Parvez

6 July 2022: Khurram’s first hearing at the NIA Special Court in New Delhi took place. Lawyers were asked if they had received his chargesheet and other documents. The court also set the date for the next hearing

16 November 2022: Khurram's case was raised by the UN Secretary General in its report on reprisals against individuals seeking to cooperate or having cooperated with the UN, its representatives and mechanisms in the field of human rights.

21 November 2022: One year anniversary of Khurram's detention. 12 NGOs issue a statement calling for his immediate and unconditional release.

22 November 2022: UN experts issued a statement stating that the arrest and detention of Khurram Parvez has a chilling effect on civil society, rights activists and journalists in the region, They reiterated their call for his immediate and unconditional release by the Indian Government.

19 January 2023: Khurram Parvez won the Martin Ennals Award, one of the world’s most prestigious human rights prizes. The organisation said that Khurram “relentlessly spoke the truth and was an inspiration to civil society and the local population.”

India is rated 'Repressed' by the CIVICUS Monitor.