Cambodia: Conviction of environmental defenders another blow to civil society 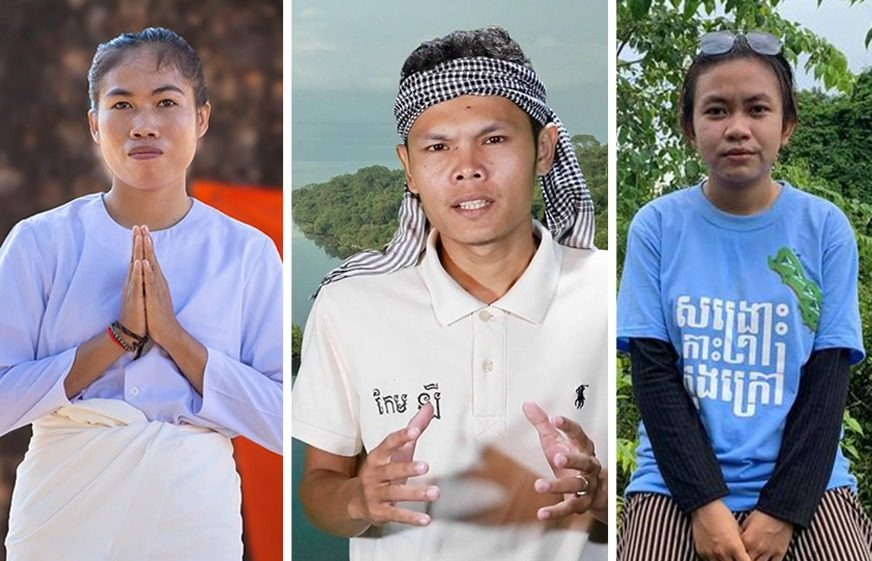 The conviction of environmental defenders today highlights again the rapid deterioration of human rights and space for civil society in Cambodia, says global civil society alliance CIVICUS. The defenders sentenced must be released immediately and unconditionally.

Three environmental rights defenders from Mother Nature Cambodia – Phuon Keoreaksmey, Long Kunthea and Thun Ratha – were today sentenced by the Phnom Penh Municipal Court to jail for 18 to 20 months after being convicted for ‘incitement’. Two others were found guilty in absentia.

Thun Ratha was handed 20 months in jail and a fine of 4 million riel (USD 1,000). Alejandro Gonzalez-Davidson, the group’s co-founder who has been deported from Cambodia, was tried in absentia and given the same sentence.  Keoreaksmey, Kunthea and Chea Kunthin, a youth activist also tried in absentia, were given 18 months and the same four million riel fine. The court also issued arrest warrants against Gonzalez-Davidson and Kunthin and ordered the confiscation of materials belonging to them.

“The authorities have in recent years devoted ever more time and energy to weaken and dismantle the human rights movement in Cambodia. Those speaking up, even simply for protecting the environment, have faced blatant judicial harassment and at times outright violence. These convictions today are part of this trend,” said Josef Benedict, CIVICUS’s Asia researcher. “The international community must not remain silent at this injustice but stand side by side with Cambodia civil society and take action to protect its members.”

On 3 September 2020, Thun Ratha, Long Kunthea and Phoung Keorasmey, activists with environmental group Mother Nature Cambodia, were arbitrarily detained while planning a protest to call attention to the filling in of a lake, one of the last large lakes in Phnom Penh to create a military base and its impact on the biodiversity of the area. On 6th September 2020, the three were charged with ‘incitement to commit a felony or cause social unrest’ (articles 494 and 495 of the Cambodian Criminal Code) and placed in pre-trial detention.  They were also denied bail.

Mother Nature Cambodia is an environmental rights organisation that advocates and campaigns locally and internationally for the preservation, promotion and protection of Cambodia's natural environment. As part of their work, the organisation monitors and challenges gross environmental violations and also raises awareness, educates and empowers people by providing them with training and financial support.