Myanmar: Release all activists and politicians detained and restore democracy 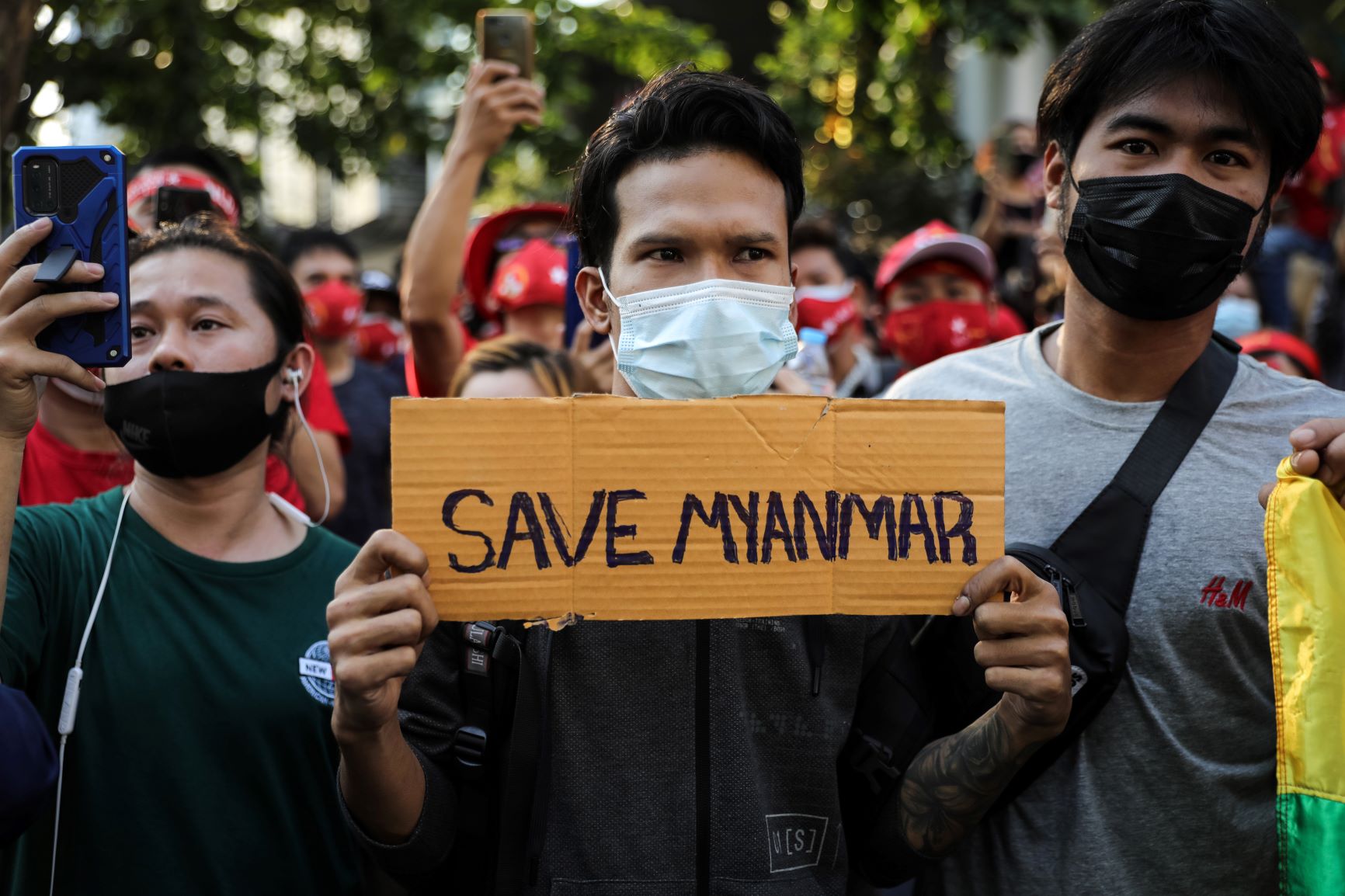 Global civil society alliance CIVICUS is alarmed that the military’s takeover of control of Myanmar from the civilian government represents a sharp reversal of the partial yet significant progress toward democracy made in recent years following five decades of military rule and international isolation.

Myanmar’s de facto head of state Aung San Suu Kyi and other senior figures from the ruling National League for Democracy (NLD) as well as regional government leaders were arrested yesterday. Hundreds of parliamentarians are under house arrest. Others arrested include political and human rights activists including filmmaker Min Htin Ko Ko Gyi; writer Maung Thar Cho; prominent veterans of the country’s 1988 student protest movement, such as Min Ko Naing; and Shwe Nya Wah Sayadaw, a pro-democracy Buddhist monk. The military also cut internet access and phone services across much of the country as it staged the coup.

‘The takeover poses extreme risks for fundamental freedoms in Myanmar, some of which we are already seeing in the immediate detention of activists and human rights defenders,’ said Josef Benedict, Asia researcher at CIVICUS. ‘We are extremely concerned about reports that political and human rights activists have been arbitrarily detained and call for their immediate and unconditional release. In the meantime, those detained must also be granted access to lawyers and to their families.’

According to a military TV report, Commander-in-Chief Senior Gen. Min Aung Hlaing, who has been implicated in grave human rights violations, including genocide, crimes against humanity and war crimes, will be in charge of the country. Vice President Myint Swe has been elevated to acting president. The military stated the reason for the takeover was in part due to the government’s failure to act on the military’s claims of voter fraud in the November 2020 election and its failure to postpone the election because of the coronavirus crisis. The new military administration has declared a state of emergency for one year.

‘The elections in November 2020 showed the democratic will of the people of Myanmar. CIVICUS calls on the military to respect these results and return power back to civilian rule,’ said Josef Benedict.

Research undertaken by the CIVICUS Monitor has highlighted the downward spiral of rights on escalated attacks on democratic freedoms in recent years. The authorities had continued to use an array of unwarrantedly restrictive laws to arrest and prosecute human rights defenders, activists, journalists and government critics for the peaceful exercise of their freedoms of association and expression. More egregiously, gross human rights violations against the Rohingya in Rakhine State continue.

The UN Special Rapporteur on the situation of human rights in Myanmar has condemned the coup, called for the release of those detained, and urged the military to ‘avoid any use of force against protesters or civilians, and to respect the rights of the people of Myanmar to peacefully protest and express their opposition’.

To this end, the international community must step up immediately to support and protect human rights activists who are at risk of arrest and ill-treatment at this time. It must also intensify its pressure on the military to stand down so that parliament can be convened, and democracy restored.