In honour of Nelson Mandela Day 18 July, global civil society alliance CIVICUS calls for renewed efforts to help free 21 human rights defenders featured in its #StandAsMyWitness global campaign. Altogether, they have been imprisoned for half a century - and some face many more years behind bars. Activism makes a difference - #StandAsMyWitness has already been part of successful global calls leading to the release of 20 activists across the world.

“Over 30 years since Nelson Mandela was released from prison and still human rights defenders are wrongfully incarcerated in both authoritarian regimes and democratic states. Their crime? Standing up for the rights of women, children and Indigenous people; fighting for climate justice; advocating for free and fair elections; and promoting democratic freedoms,” said David Kode, Advocacy and Campaigns Lead at CIVICUS.

Human rights defenders in the #StandAsMyWitness campaign include Iranian lawyer Nasrin al-Sotoudeh, sentenced to 38 years on charges that include insulting Iran’s supreme leader; Mexican Kenia Hernandez, facing a decade in prison in retaliation for her work defending Indigenous communities; and Buzurgmehr Yorov, a 50-year old lawyer from Tajikistan, sentenced to 22 years behind bars after defending government opponents.

Mr Mandela, perhaps the most iconic and respected human rights defender, was released after 27 years following global opposition to his incarceration. Similar efforts by civil society and sustained public pressure are needed to secure the freedom of rights defenders currently facing long sentences.

“We urge people across the world to demand the release of brave activists in the #StandAsMyWitness campaign: sign a petition, use our hashtag on social media, or lobby your government. It is scandalous that those fighting for justice and equality have spent even one day in prison, never mind many years,” said Kode.

Sustained action from different sources can make a difference; since its launch two years ago, #StandAsMyWitness has worked with human rights organisations and civil society to guarantee the release of 20 human rights defenders.

South Africa’s iconic former president spent 27 years behind bars before his release. Let’s work together to make sure human rights defenders currently languishing in prison are not forgotten - let’s fight for their freedom together. They are urging you to: Stand As My Witness. 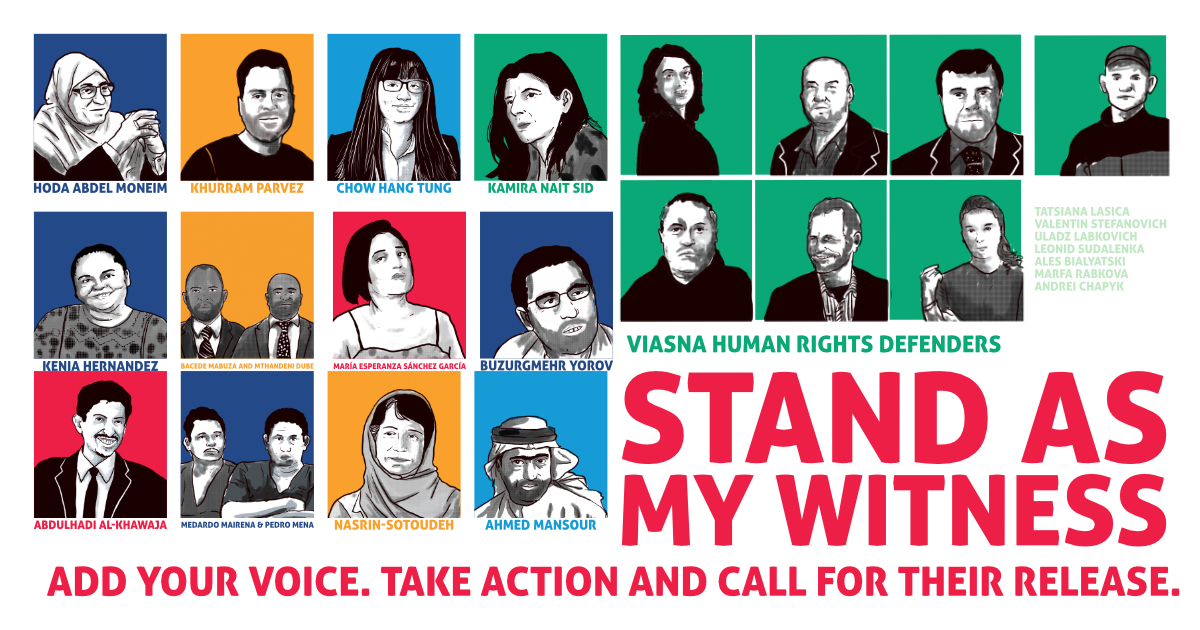 Below is a list of the human rights defenders featured in the #StandAsMyWitness campaign. To find out how to get involved, check out CIVICUS’s campaign webpage: Stand As My Witness.

CIVICUS speaks with Akira Nishiyama, executive officer of the Japan Alliance for Legislation to...