Freedom Day: more needs to be done to stop killings of LGBTQI+ people in South Africa 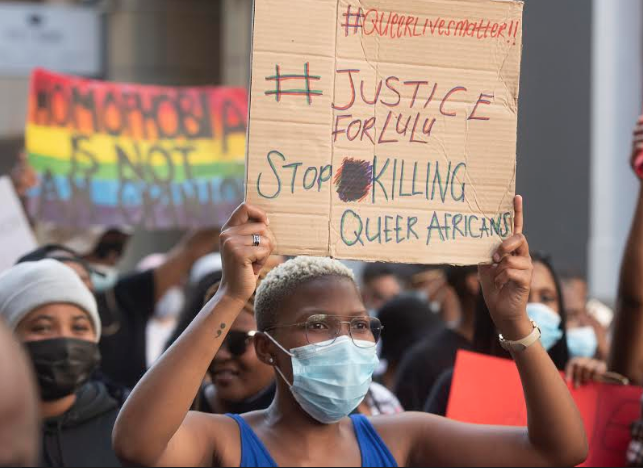 It has been almost thirty years since Freedom Day was first introduced in South Africa but still the fundamental freedoms of many people are being curtailed - particularly the rights and freedoms of people within the LGBTQI+ community. On Freedom Day, global civil society alliance CIVICUS would like to draw attention to these brutal murders by calling on the South African government to guarantee the safety and protection of all LGBTQI+ members in the country, as enshrined in the constitution.

There has been a recent spate of violent attacks against LGBTQI+ people and at least 6 known murders in the last few months. Gay man Lonwabo Jack was sexually assaulted and stabbed on his 22nd birthday in mid-April. A few weeks before this attack, 34-year old Sphamandla Khoza was brutally stabbed to death in his hometown of Ntuzuma, KwaZulu-Natal, while 40-year-old Andile “Lulu” Ntuthela was butchered and dumped in a shallow grave in Uitenhage, the Eastern Cape.

South Africa has been lauded as a champion for LGBTQI+ rights in the continent because of its progressive legal framework that recognises same sex marriage and full equality for everybody. However, in reality the situation of LGBTQI+ rights has been deteriorating, with LGBTQI+ rights campaigners and individuals living and operating in a hostile environment characterised by hate speech, death threats and killings.

On Freedom Day, to make freedom and equality a reality for the LGBTQI+ community across the country, CIVICUS is calling on the South African government to:

South Africa is rated as 'narrowed' on the CIVICUS Monitor, an online platform that tracks civic freedoms, including the freedoms of speech, association and assembly, in countries across the world.

CIVICUS is a global civil alliance of over 10,000 civil society organisations and activists, dedicated to strengthening citizen action and civil society across the world. CIVICUS Headquarters is in Johannesburg.