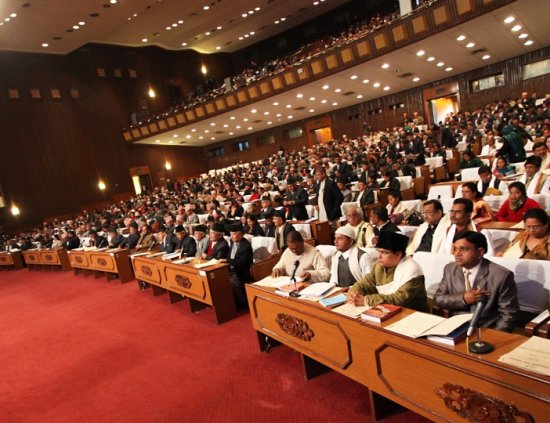 Global civil society alliance, CIVICUS and the Asian Human Rights Commission (AHRC) say they are seriously concerned that new legislation, which has been tabled in parliament by the Nepalese government, are meant to create a chilling effect on freedom of expression in the country.

On February 20, 2019, Nepal's government tabled the Information Technology bill in parliament, which would impose harsh sanctions for “improper” social media posts. Under the proposed law, the government would have the power to block social media sites like Facebook, Twitter and YouTube, unless the owners registered their platforms in Nepal. The government can also instruct social network site operators to remove posts. Failure to do so could lead to a three-year jail term and a fine of 30,000 Nepalese rupees (US$ 262). Those responsible for social media posts deemed defamatory or against national sovereignty could be punished with up to five years behind bars and a fine of 1.5 million Nepalese rupees (USD 13,000).

“We are extremely concerned that this bill is overly broad and restrictive and, if passed,  could be used to block or criminalise reporting on government misconduct and the expression of critical opinions by civil society and citizens,” said Josef Benedict, CIVICUS Civic Space Researcher.

“Any efforts to genuinely regulate online content must be approached in a transparent and consultative manner, and avoid criminal restrictions on free speech,” said Benedict.

CIVICUS and AHRC are also concerned about a new bill, tabled on February 13  2019, that prohibits civil servants from sharing their views through media including their micro-blogging sites, even after their retirement from government service. The law also prohibits speeches and writing that are considered “contrary to the policies of the Government of Nepal or to undermine mutual relationship between the Government of Nepal and the people or the relationship with any foreign country”.

“It is extremely worrying to see such laws being introduced by the authorities that will further shrink civic space in Nepal,” said Basil Fernando, Director of AHRC.

“Criticism and dissent are essential attributes for an open and democratic society. We urge the authorities to pull the plug on such regressive legislation and instead take steps to create an enabling environment for freedom of expression to flourish,” said Fernando.

Fundamental freedoms in Nepal continue to face serious threats. Journalists have been arrested and charged under the Electronic Transaction Act 2008 for their reports and dozens have been attacked or threatened. Police have also used excessive and lethal force at demonstrations, with impunity and laws have been proposed to curtail the work of NGOs.

The CIVICUS Monitor, an online platform that tracks threats to civil society in countries across the globe, rates civic space – the space for civil society – in Nepal as Obstructed.

🇧🇩#Bangladesh: Over 100 days since dissident writer, Mushtaq Ahmed, was killed in prison. The...