Organised by The Blue Ribbon Movement, this dialogue on democracy was held around the theme ‘Demo-crazy: Unleashing the power of collectives.’ Among the 28 participants were students, social activists and curious citizens.

In the spirit of deepening the democratic dialogue, Mohan Hirabai Hiralal, a renowned activist who has turned the Gandhi-Vinoba concept of ‘People Power’ into a driving force, was invited as a guest to share his real-life experience and respond to the dilemmas faced by practitioners on the ground.

Mohan Hirabai Hiralal brought in the experience of the village of Mendha-Lekha, which achieved miracles through a model of deep democracy. From being the first village to get community forest rights (CFR) to creating a common bank of property (Graam daan), the village been able to reach a shared understanding of issues by embracing inclusive, participatory and active decision-making processes (Gram Sabha). Through study circles, the village has been able to elevate its understanding of issues and stand up for its rights. As a result of its commitment to make decisions non-violently, the village now proceeds exclusively on the basis of consensus.

Having worked with this group for over 30 years, Mohan calls himself a Sahayogi Mitra (a collaborative friend) of Gram Sabha. Among our main questions for him, and for all democracy dialogue participants, were the following:

India is the largest democracy in the world. Democracy is the cornerstone of our country’s progress. It ensures that all voices are heard, helps empower citizens and gives them a sense of ownership and belonging. It helps inculcate a sense of responsibility for the government to function smoothly, while we as citizens also have an equal role to play.

Experience with democratic practices on the ground

One thing that the villagers of Mendha Lekha have managed to do successfully is separate the decision-making process from the knowledge-sharing process. People share their knowledge in study circles, where they give their point of view, which is taken into consideration when suggesting recommendations to the local Gram Sabha. The rationale for separating the process of knowledge-sharing from that of decision-making is to help ensure that extremely knowledgeable individuals do not hijack decision-making and everybody’s opinion is considered equally.

Mohan Bhai also shared his views about the biodiversity community, a local area-based centre that shares knowledge and helps in the planning and decision-making processes.

This however brought up other questions, including about the scale at which a biodiversity community can be set up and how to achieve the right mix of knowledge and facts. Another concern expressed was the possibility that the decision-making process might be hampered by people focusing on a lot of issues at once. This brought in the need to have a scalpel-based approach, where the focus is on one issue at a time. This would crystallise the issues and help move forward a decision-making process that proceeds entirely on the basis of consensus.

3. What can we do differently?

On an overall scale, a lot of decentralisation and responsible citizen participation is required. Even if it is slower, the process will not leave anyone out. As an ending note, Mohan Bhai shared his ideas that the process of democracy is quite tedious and tiring, and needs to start from self to society. The secret is to be persistent and patient, as the process will eventually produce results.

Participants proposed small steps that they will take at whatever capacity they can. These included: 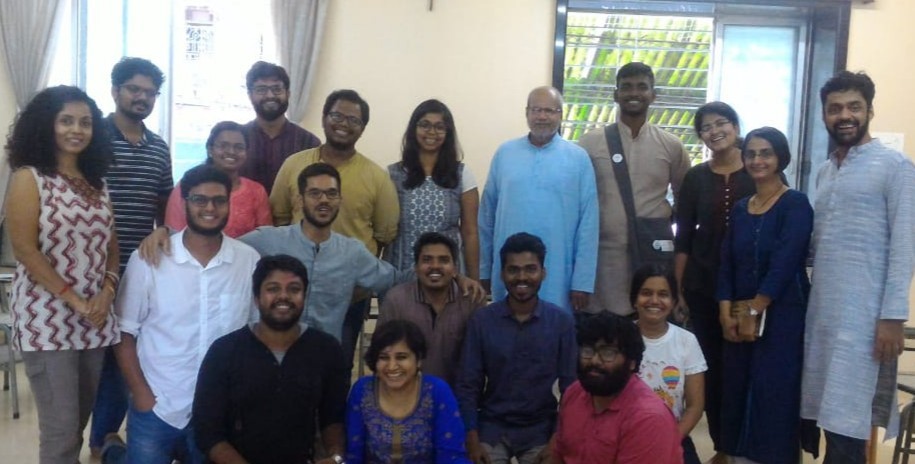