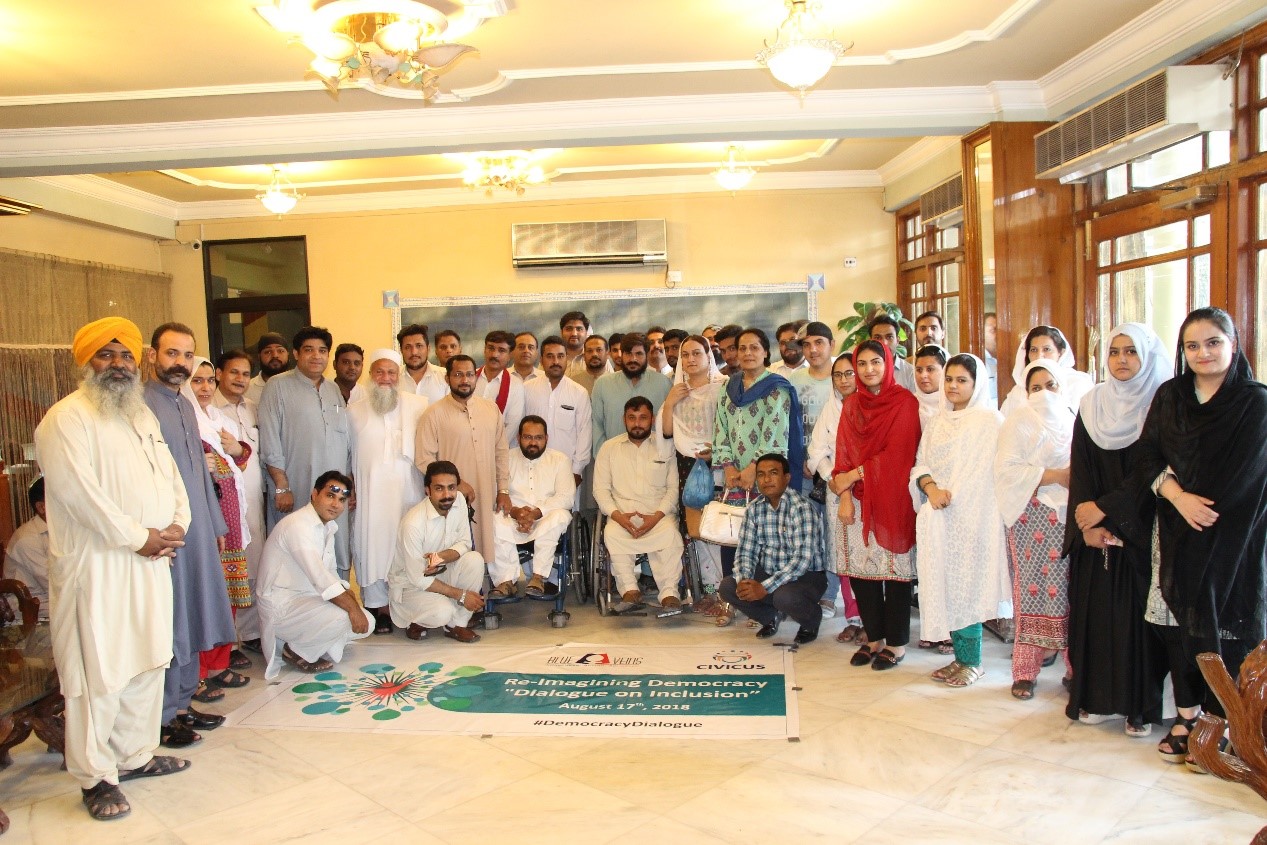 The focus of the democracy dialogue was on the participation of marginalised segments of society in the democratic sphere and their ability to influence political outcomes without suffering discrimination or reprisal. The session discussed the exclusion and challenges of religious minorities, the transgender community, women and people with disabilities in mainstream politics and democracy. Participants explored the role of civil society in promoting an inclusive socio-political discourse in Pakistan.

1. Definitions and concepts of democracy

2. Key problems/issues in our context

As reported in the media coverage of the event, participants shared the following views on democracy and the challenges it faces in Pakistan:

“Despite elections every four years freedom and democracy are actually in retreat, as it has become only a mechanism for the peaceful arbitration of political rivalries. Elections in Pakistan serve merely to give autocratic regimes a veneer of legitimacy. This makes polities fragile as it encourages disgruntled groups to find other, less constructive, channels for the expression of their discontent.” - Qamar Naseem, Blue Veins Program Coordinator

“Democracy is more likely to develop and endure when marginalised segments of a society are free to participate and influence political outcomes without suffering discrimination or reprisal. But unfortunately, they are excluded in Pakistan based on their gender, ethnicity, religion, disability, gender identity or other identity factors.” - Shaheen Quresh, President Chairperson of the District Committee on the Status of Women, Peshawar

“Pluralism must be the essence of democracy, which should include political pluralism, peaceful rotation of power, the right of all political parties to exist and organise, cultural pluralism, religious pluralism, and gender pluralism. Pakistan is blessed with diversity and this must be seen as a strength, not a weakness.” - Taimur Kamal, Coordinator of the Pakhtunkhwa Civil Society Network

“Societies where large numbers of people go uncounted in the census get less than their fair share of political representation and resources. When specific racial, religious and ethnic groups are undercounted, it is harder to identify and rectify violations of their civil rights.” - Radesh Singh Tony, Chairman of the National Council for Minority Rights and a recent candidate of the Provincial Assembly

“People with gender variant identities in Pakistan are still struggling to be recognised as human beings in this society. Inviting masses to vote for an elite and electable class of society does not reflect the essence of democracy. The democracies of today can remain democracies only if they are able to negotiate pluralism and communality, conflict and justice, rationality and identities.” - Farzana Riaz, President of the Transgender Community

“Religion, pluralism and democracy are compatible and they should be the mutually reinforcing foundations of healthy, stable, and prosperous societies, as religion and faith have provided humanity with ethical codes and spiritual guidance and comfort, and have been driving forces for personal and social progress.” - Jamil, renowned religious scholar

“The lack of representation of people with disabilities is a serious threat to the inclusion of disabled people in policy matters. Continuing barriers surrounding disabled people's equitable participation in social and economic life means promises are not resulting in action. The participation of persons with disabilities in decision-making processes is crucial.” - Ayaz Khan, disability rights activist

“The minority's rights must be protected no matter how alienated a minority is from the majority society; otherwise, the majority's rights lose their meaning.” - Shams Naveed, Coordinator of Bridge Organization 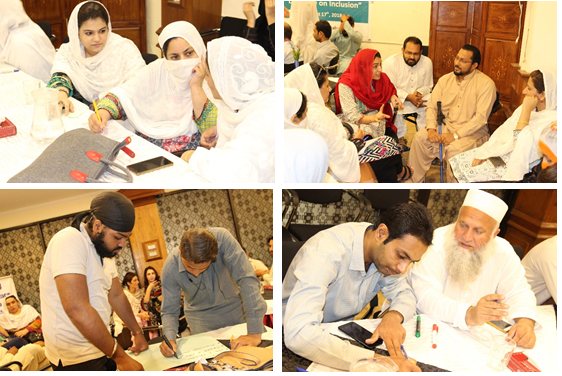